Is The All-New Honda e The Ultimate Urban Electric Car?

Oh, how we wish this cutie was coming to the States.

Fully Charged host Rory Reid finally got his hands on a Honda e in its natural environment, the city. The show's Robert Llewellyn drove the car briefly in a parking lot in the past, and the publication has had access to the car for a walkaround, but this is its first actual real-world test-drive review of the retro, cutesy Honda Urban EV.

The car definitely turns heads with its retro styling, tiny size, and flashy colors. It's a subcompact car, arguably a "city car," though it still has five doors, counting its hatch, of course. Reid notes the Honda e is fun to drive and offers some interesting extras, such as mirror cameras and a panoramic glass sunroof.

The Honda e comes packed with the latest technology, it has a modern and stylish cabin, and it's incredibly easy to maneuver in small spaces. But, Honda chose to only equip it was a 35.5kWh battery. On the WLTP testing cycle, that means an estimated 137 miles of range, though in real-world driving, and with reference to the EPA cycle, you may be lucky to travel 100 miles before having to stop and charge. For a city car though, this may work just fine. 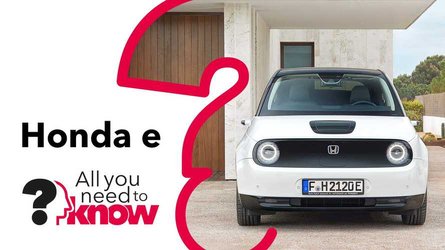 Honda e: Everything You Need To Know
⠀ 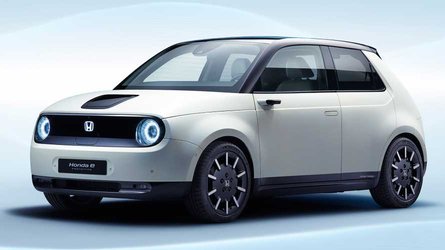 Interestingly, the VW ID.3 costs less than the Honda e, has significantly more range, and is arguably much more practical. In addition, if you're in the market for a short-range electric city car at a bargain price, the all-electric Mini Cooper SE is a solid option. With the U.S. federal EV tax credit, the electric Cooper costs the same as a gas-powered Cooper.

Let us know what you think of the Honda e. Do you think it's worth the price? If not, which electric city car would you choose?