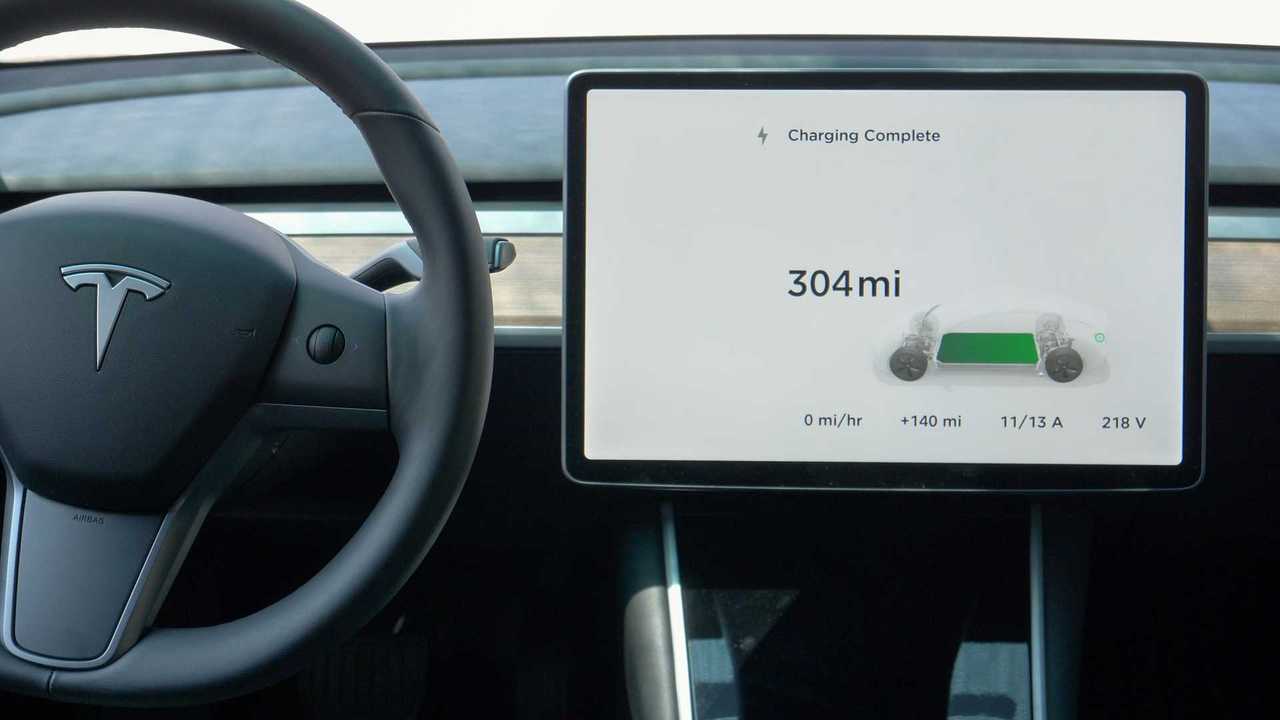 InsideEVs tests EVs to find out how far they'll go in the real world at a steady 70 mph.

How far an electric vehicle goes on a single charge depends on a lot of factors, including speed, temperature, topography, and other traffic conditions. This is why government-backed range ratings like the EPA and WLTP use are really just an estimate of what an EV owner can expect in a combination of city and highway driving in mostly favorable, albeit not ideal, ambient temperatures.

The real world is entirely different, though, which is why InsideEVs conducts its own EV range tests at a constant speed of 70 miles per hour.

We want to make it clear our range tests aren't perfect. There are variables simply out of our control like wind, traffic, and weather. However, we do our best to control what we can. We always set the tires to the manufacturer's recommended pressure, we crosscheck the speedometer with a GPS for accuracy, we charge up to 100 percent and enter the highway either immediately or within a couple of miles. Then we drive at a constant 70 mph and in long loops so we end up basically where we started.

Whenever possible, we repeat the test with a second member of the team on a different course. When we do that, we average the results of the two tests. We also report the temperature and whether we used the heating or cooling during the test, and offer our opinions on how using the climate control system use may have impacted the results.

We realize that a change in temperature as little as 10° F (5.5° C) can have a meaningful effect on an electric car's range. However, these 70-mph range tests are useful because they provide another data point for potential customers who are looking for as much information on driving range as they can get.

The Porsche Taycan 4S is the entry-level model in the Taycan family. It comes standard with a 79.2 kWh battery, which is smaller than the 93.4 kWh battery in the Taycan Turbo and Taycan Turbo S. However, buyers can order the larger battery called "Performance Battery Plus" for an additional $5,570.00. The car we tested had the larger battery option, so we were hoping for a good result.

In our range test, the Taycan crushed its EPA range rating of 203 miles (327 km) per charge; Kyle was able to squeeze out 277.9 miles (448 km) before the vehicle shut down. That's an amazing 37 percent increase over its EPA-rated range. We're still a little puzzled at how the Taycan continues to consistently beat its EPA range rating whenever an InsideEVs staff member gets behind the wheel of one.

It's important to note that only two cars in our 70-mph range tests have ever matched their EPA range rating before this, those being the BMW i3 REx and the Hyundai Ioniq. But those cars just matched their ratings while the Taycan drove 75 miles further than its rating.

We were able to secure an early Tesla Model Y delivered to New Jersey and take it out on our highway range test course on the New Jersey Turnpike. We weren't able to go quite as far as we did with the Model 3, but that was expected. The Model Y is EPA range-rated at 316 miles per charge. In our highway range test, we were able to squeeze out 276 miles (444 km) with an average consumption rate of 3.85 mi/kWh (16.2 kWh/100 km).

The 2020 Hyundai Kona Electric continues to be one of the longest-range EVs available today. With a 258-mile EPA range rating, the Kona Electric is a compelling offering at a reasonable starting price of $37,190 before federal and state incentives. Its EPA range rating is 258 miles per charge, and the little crossover comes with a 64 kWh (usable) battery pack. We were able to conduct two 70-mph range tests for the Kona Electric. Once in North Carolina, and then again a month later in New Jersey. The average of the two tests resulted in a 238-mile range (383 km) with a consumption rating of 3.9 mi/kWh (15.9 kWh/100 km).

Chevrolet increased the Bolt EV's battery pack in 2020 from the previous year's 60 kWh to 66 kWh. This gave the Bolt the longest EPA-rated range of any EV without a Tesla nameplate, edging out the Hyundai Kona Electric by a single mile – 259 miles for the Volt and 258 for the Kona Electric. But our range test shows that the Hyundai has the edge in the real world.

We were able to conduct two 70-mph range tests for the Bolt EV. In the first test, we drove the Bolt 228.7 miles until it wouldn't go any further. On the second test, we drove it 218.1 miles but had to pull off the highway at 1% state of charge and plug in. After adding the miles we could have driven if we drove it down to zero, and averaging the results of the two tests, we came up with a range of 226 miles (364 km) and an average consumption rate of 3.4 mi/kWh (18.24 kWh/100 km).

The 2020 Nissan Leaf SL Plus has a 62 kWh battery and is EPA range-rated at 215 miles per charge. It's notable to point out that our test vehicle is not the longest-range Leaf that Nissan offers. That honor goes to the LEAF S Plus, which is EPA range-rated at 226 miles per charge. The LEAF S is a lower-trim than the LEAF SL and SV Plus. It has smaller wheels and weighs less than its higher trim siblings, which is why the range is slightly better.

Once again, we were able to conduct our highway range tests twice; once in New Jersey, and then again a few months later in North Carolina. The average of our two tests gave the LEAF SL Plus a 190-mile (306 km) range at a constant 70 mph, with a consumption rating of 3.4 mi/kWh (18.24 kWh/100 km).

The 2020 Hyundai Ioniq Electric comes with a 38.3 kWh battery, a full 10 kWh more than the battery in the Ioniq Electric of previous years. The new larger battery combined with the Ioniq's extreme efficiency gives the 2020 Ioniq a 170-mile EPA range rating, 36 more miles than before.

The 2020 BMW i3 REx has the same size 42.4 kWh battery as the all-electric BEV version, but the range-extending engine turns on when the battery drops below a 6.5-percent state of charge. Therefore, only about 93% of the battery capacity is accessible before gasoline starts burning. Additionally, since the range extender adds about 265 pounds (120 kg) to the weight of the vehicle, there's some range penalty there also.

The 2015 Chevrolet Spark has a 19 kWh battery and an EPA range rating of 82 miles per charge. We fully charged the 2015 Spark EV owned by InsideEVs' own Domenick Yoney and set out on the Florida highways to see how far it would go at a constant 70 mph. The vehicle was able to muster 63 miles (101 km) on a charge in the 97-degree (36°C) Florida heat. We're estimating the consumption rating at 3.5 mi/kWh, based on the battery size.

The 2018 smart Electric Drive has a 17.6 kWh battery, of which only 16.7 kWh is usable. It's a great little run-around car, but it's not really meant for long-distance highway travel. So it was no surprise when the little guy only managed to 51 miles (82 km) at a constant 70 mph.

Which electric car has longest range?

The current range champion among electric cars you buy is the Tesla Model S Long Range Plus that has an official EPA-rated range of 402 miles. We've reported, however, that its range is likely to increase soon to 409 miles. There's also a challenger on the horizon - the Lucid Air. Lucid's EV will be EPA-rated to go up to 517 miles on a charge when it goes on sale and begins deliveries in the second quarter of 2021. Tesla, though, already has an answer in the form of the Model S Plaid. The automaker says the Plaid will go 520+ miles per charge, but that number hasn't been submitted to the EPA for official approval yet.

Yes, but the amount is minimal over the lifespan of the car and varies depending on the car itself, type of battery, how the battery was charged during its lifetime, and other factors. You can expect a decrease in range, on average, of about 2.3% per year, though most of that occurs after the first 100,000 miles. Also, automakers are required by law to warranty the battery packs in their electric vehicles for a minimum of 8 years or 100,000 miles, whichever comes first.

What does MPGe mean?

Miles Per Gallon Equivalent. It's a funny calculation the EPA came up with to help consumers compare the efficiency of electrified cars (both Battery Electric Vehicles and Plug-In Hybrids) to gasoline-powered cars. We don't like it much as a metric by which to judge electric vehicles, preferring instead range and efficiency in terms of kilowatts used per mile.

How does EPA test EV range?

Check out what we've written regarding range and how the EPA calculates it.