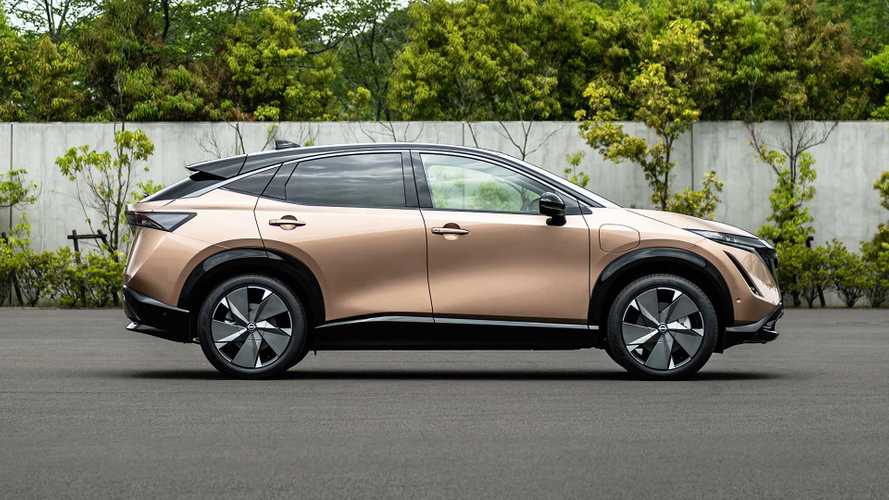 On July 15, 2020 Nissan unveiled its all-new, all-electric model - the Nissan Ariya - which was the biggest EV launch from the Japanese brand since the original Nissan LEAF (sold in nearly 500,000 units since December 2010).

The Ariya is a global compact crossover/SUV, built on the all-new CMF-EV platform (developed for the entire Renault-Nissan-Mitsubishi Alliance). As in the case of other proprietary BEVs, the interior of the Ariya is very spacious, similar to bigger models.

By the way of introducing the Ariya, Nissan unveiled also its new logo, for the new chapter in the company's history.

When, where and how much

The company said that sales in other markets will follow. In the U.S. and Canada, the launch is set for later in 2021. Price in the U.S. will start around $40,000 (USD) and it's rather certain that the car will be eligible for the $7,500 federal tax credit.

Europe is another mentioned market for launch in 2021, but without info about the price.

Interestingly, the Ariya launch in China is also set for the end of 2021.

The market launch in around one year or more from now is actually one of the weakest points of the premiere because the number of competitors will noticeably grow by that time.

The battery pack has received an active thermal management system, which finally includes liquid-cooling. That's a major improvement from the LEAF.

The cells are no longer pouch type. This time Nissan is using prismatic lithium-ion cells. The NMC (Lithium-Nickel-Manganese-Cobalt-Oxide) cell supplier will be CATL.

Interesting is the info about the traction motors in the Ariya: Externally Excited Synchronous Motor (EESM), which suggests a major switch from permanent magnet motors used so far by Nissan, and probably use of Renault's units, as Renault has vast expertise in EESM.

EV range depends on the particular version, but in general Nissan expects:

We are afraid that the efficiency of the Ariya is not very high though with the 90 kWh battery.

With Ariya, Nissan drops its global support to the CHAdeMO DC fast-charging standard and now will support it only locally in Japan (maybe in few other places).

In other markets, the new BEV to be offered with local charging solutions (CCS1 in North America, CCS2 in Europe and probably many other markets, most likely GB/T in China).

Having bigger batteries and liquid cooling allowed Nissan to increase its peak charging power to 130 kW.

According to Nissan, 130 kW will be available both in CHAdeMO and CCS versions.

"While every Ariya model will feature impressive driving range in its segment, it also boasts remarkable range recovery and quick-charge performance. This is thanks in part to its battery thermal control feature, which constantly optimizes the operating temperature of the liquid-cooled battery. Using peak 130 kW charging, the Ariya can recover up to 375 kilometers with a 30-minute quick charge using Japan's CHAdeMO charging system. (Japan specification and charging system capable of 130 kW charging, estimation subject to homologation and environmental and battery conditions)"

As you can see, the charging inlet is not in the front like in LEAF, but on the side - or rather both sides! Similar to Audi or Porsche, but it's only the specific Japan version where CHAdeMO and J1772 have separate ports. In Europe and North America, there will be only one charge port located on the driver's side front fender.

Nissan Ariya is expected to get a lot of things that should make it a far better car than the LEAF:

More about the over the air updates:

"The Ariya is also the first Nissan model with firmware updates over the air, called Remote Software Upgrade. The technology automatically updates various software inside the vehicle – specifically, software that controls the multimedia system, electric and electronic architecture, chassis, climate system and EV settings – without having to take the vehicle to a service center. With periodic real-time updates, the Ariya is always operating at its full potential. A dual-bank memory system even allows for updates while on the go. Updates are downloaded and stored in a separate memory bank. When the system has confirmed the download, it switches to the updated memory bank. Updates are applied quickly and easily, making updates and new feature integration a seamless experience."

The cool new thing about the Nissan Ariya is the ability to tow - up to 1,500 Lbs (in the US), depending on the version. Additionally, according to what we have heard in the conference call, the European version should be able to tow slightly more, but we weren't able to confirm how much.

According to Reuters, the production volume in the first year might not be the highest. Two undisclosed sources said that the target is only 30,000 globally in the "first full year".

"“It’s a bit underwhelming,” said one source who was involved in the product’s development, referring to the sales target.

“Is this going to be a vehicle that brings a halo effect to the brand or not?” the source said."

It would be very disappointing to sell only 30,000 in the first year, starting a year from now.

The production is also planned in China, but we don't yet know about the U.S. and UK, where the LEAF is produced currently

Now let's take a look at specs - for Europe Nissan announced five versions, while for Japan four versions. Some of them are not the same due to different power output, so we listed them all below. The particular versions for the U.S. were not yet announced. 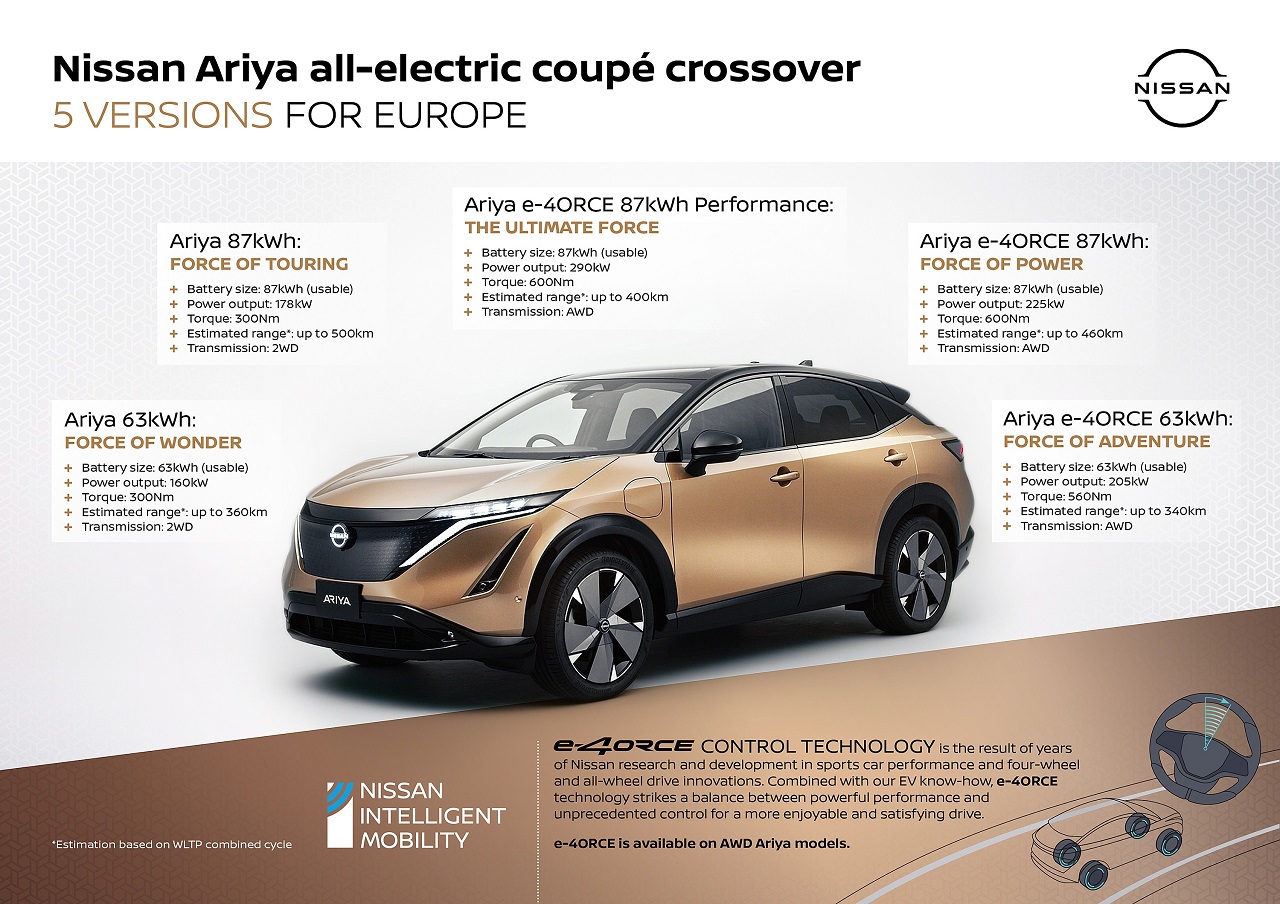 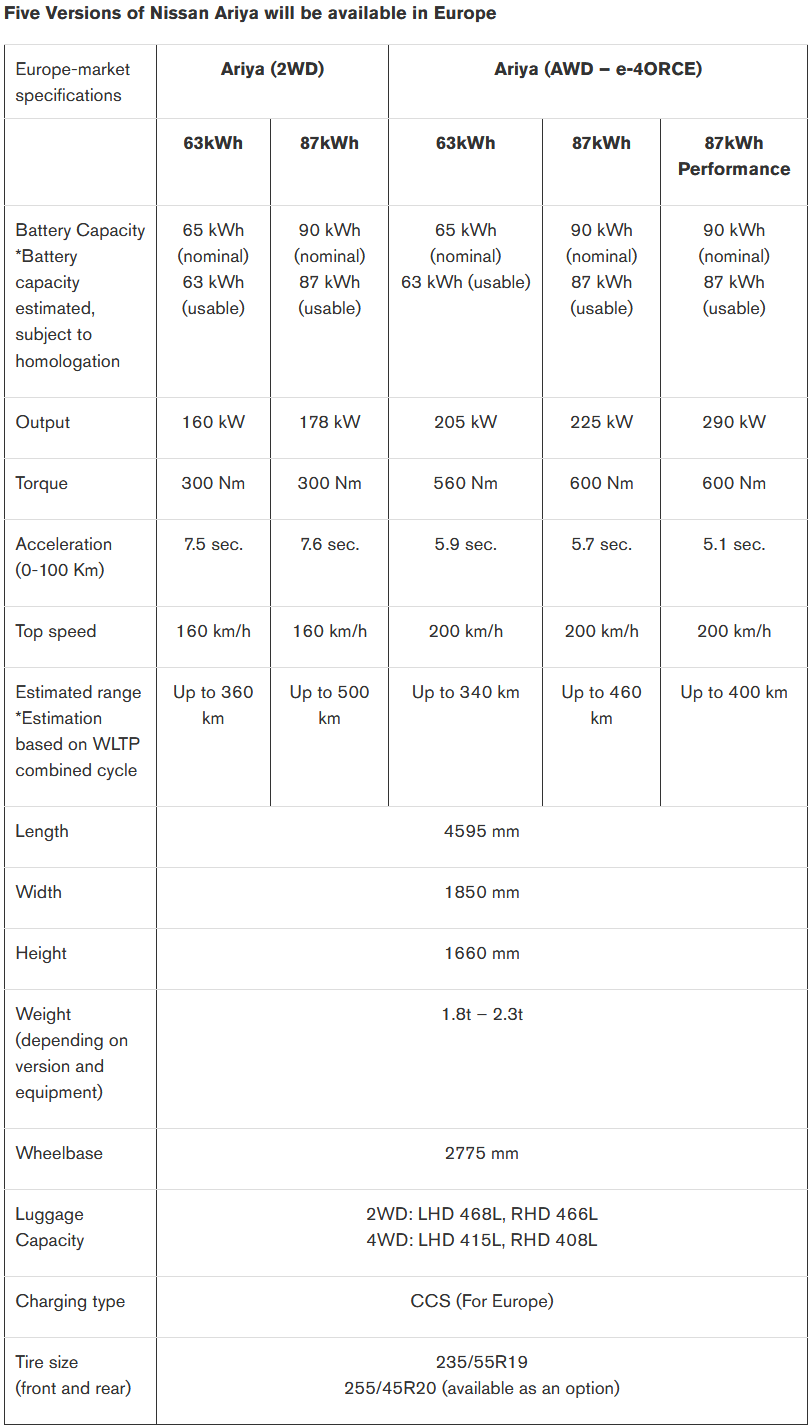 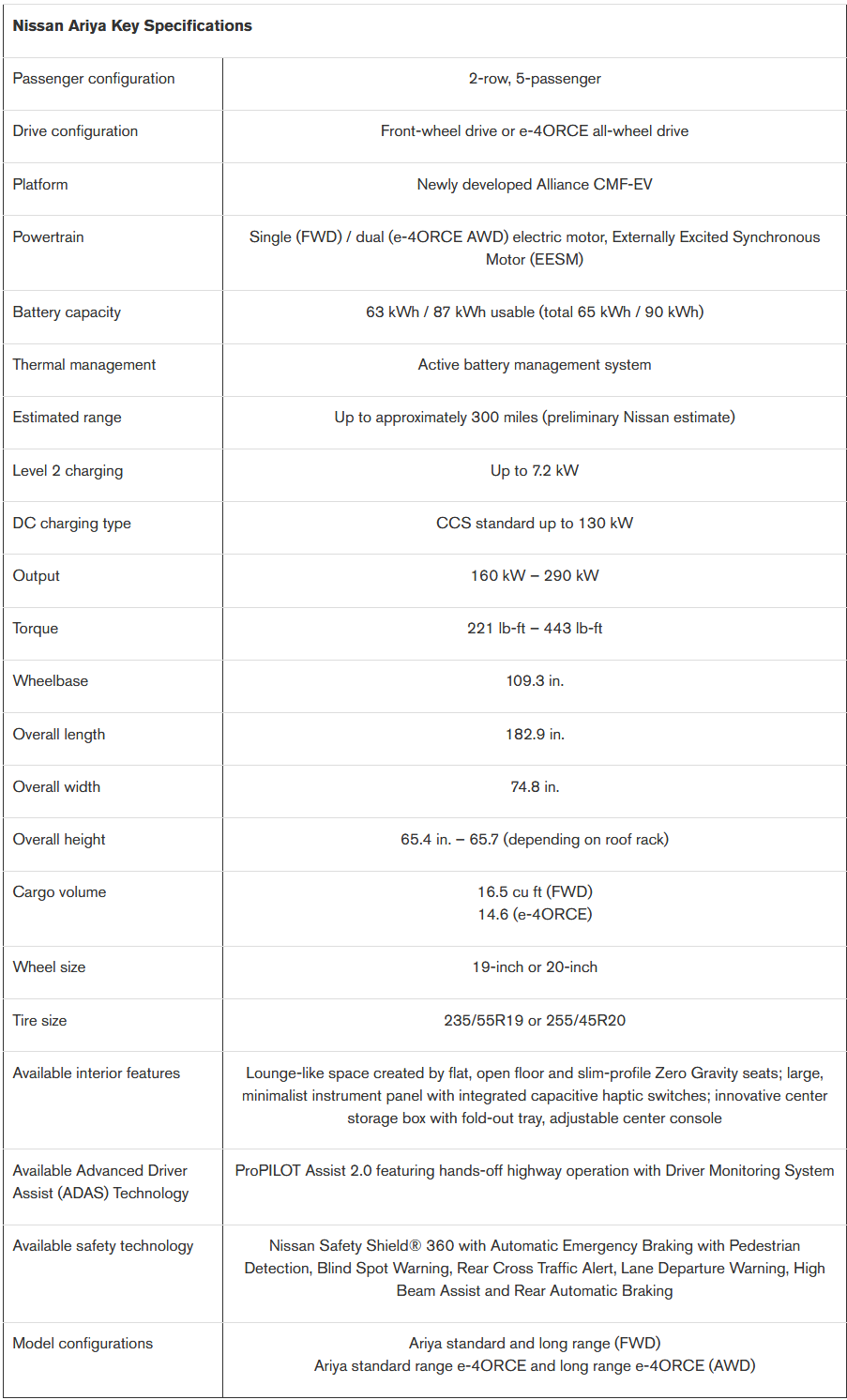 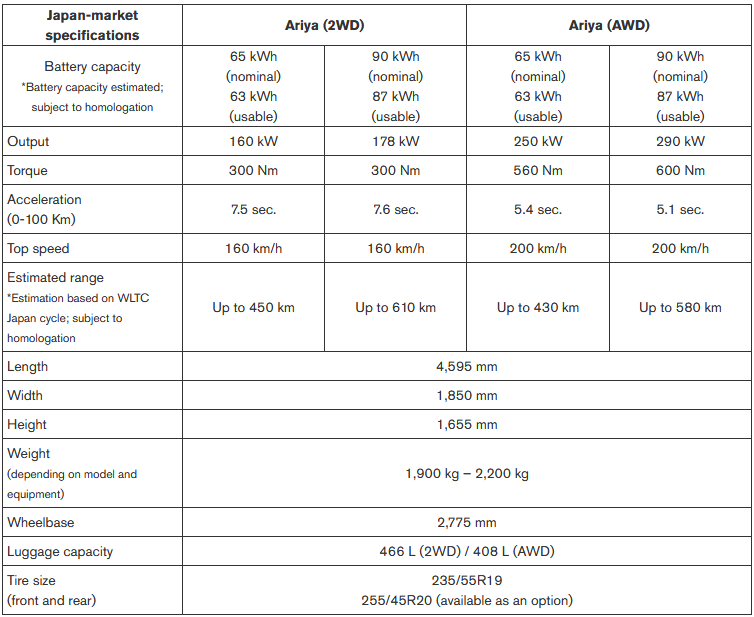