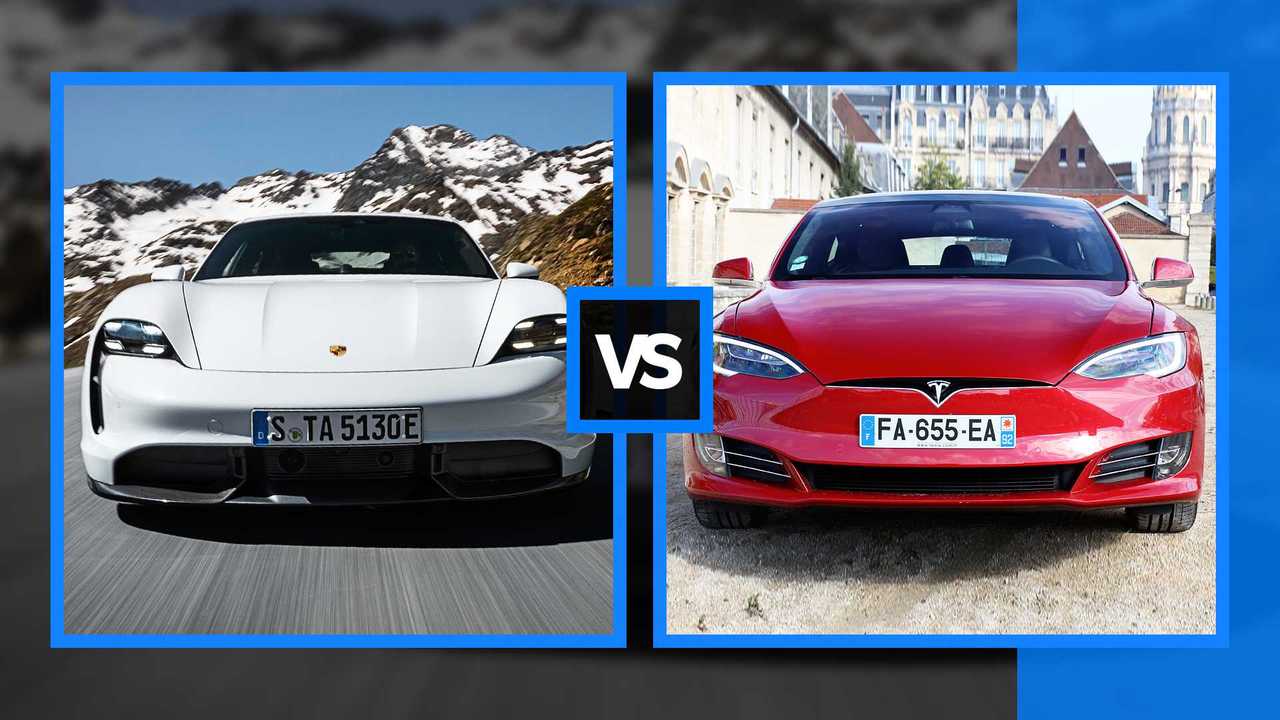 They loved the Taycan; but is it good enough to dethrone the Model S?

Car And Driver recently completed the electric vehicle comparison test that many have been looking forward to seeing; the Porsche Taycan Turbo S versus the Tesla Model S Raven.

Ever since Tesla introduced the Model S in 2012, there really hasn't been an electric car that anyone could claim to be as good as the Model S, let alone better, with a straight face. It may have taken nearly a decade, but that has changed. The Porsche Taycan is an excellent electric car, and I should know, I've driven a few of them nearly 1,000 combined miles already.

I was recently asked on a podcast if I thought the Taycan was better than a Model S. My answer, though not exactly direct, was that if the price was no issue, I would indeed take a Taycan Turbo S over any currently-available electric car, including a Model S. Now let's examine if Car and Driver agrees.

Car And Driver uses four categories in their comparison tests; Vehicle, Powertrain, Chasis, and experience. There's a total of 240 possible points, and the winner (which we won't reveal just yet) of this comparison did so by a score of 211 to 198.

The Model S came out to a commanding lead with a score of 87 to 67 in the first category That's basically because all of the main potential weaknesses the Porsche has would be judged in this part of the comparison. The Taycan was hit pretty hard for its rear seat comfort and cargo space; both are areas where the Model S is vastly superior.

The second part of this category that gave the Model S a huge win is the pricing. As tested, the Taycan Turbo S was $85,160 more than the Model S Raven. In other words, you could buy the Model S Raven AND a loaded Model 3 Performance with full self-driving and still have enough money left over to pay for the electricity to power your two Teslas for about a decade. For that reason, the Model S beat the Taycan in this single category by a score of 20 to 4.

The powertrain category ended up a tie, 52-all. The Porsche scored slightly better in 1/4 mile acceleration as well as in "noise, vibration & harshness" and the Tesla had the advantage in drivability. The Taycan passed through the 1/4 mile in 10.5 seconds at 130 mph and the Model S did it slightly slower, in 10.7 seconds at 125 mph.

The Taycan also slightly beat the Model S in 0-60 runs with a 2.4 second time compared to 2.5 seconds for the Model S. However, the gap widens at higher speeds as the Taycan reached 150 mph in 15.2 seconds and the Model S takes 3 seconds longer with a time of 18.5 seconds.

The Chasis category is made up mostly of how the car behaves and feels. After adding up the scores for ride, handling, brake feel, steering feel and performance, the Taycan won by the score of 55 to 51. However, after trailing from the first category by 20 points, the Model S still had a commanding lead of 16 points with only one segment of the comparison left.

The whole Experience category comes down to one rating: Fun to drive. As the readers here may remember, I raved about my time behind the wheel of a Taycan the first time I had the opportunity to drive one. That said, I also love driving the Model S, but it's really a totally different driving experience. Car and Driver gave this to the Taycan by a score of 24 to 21.

Personally, I may have given the Taycan a little larger lead in this category, but it still probably wouldn't be enough to overcome the huge advantage the Model S has over the Taycan when it comes to price. All things considered - including price, I agree with C & D's overall decision.

The Tesla Model S walks away with the win and retains its crown of heavyweight champion of electric vehicles. However, it may no longer be the "undisputed" champion. There's finally an EV that's worthy of the comparison and actually beats the Model S in many areas - and it only took about a decade for that to happen.

After analyzing Car And Driver's individual categories, I have to say I agree with their results nearly score for score. One thing to consider is that the entry-level Taycan 4S brings the Taycan's price down very close to the loaded Model S Raven, even with the optional larger battery. Yes, the performance will be slightly lower, but unless you're going to bring the car to a track, most people will hardly notice. The Taycan 4S a great EV and can be had for nearly half the price of a loaded Taycan Turbo S. I'd take one in a heartbeat over a new 911, which is similarly priced.

Options are good. The Taycan may not have dethroned the Model S, but it came closer than any other EV has managed to so far. Now that you've read our review of the Car And Driver comparison, head over the source and check out the entire article for yourself.