Is Towing With A Tesla Model X As Simple & Solid As You Might Expect?

Questions about towing with an EV have been on many people's radar for some time. However, the topic has been accelerated as of late due to the all-electric Ford F-150 prototype towing over 1 million pounds. The Tesla Model X completed a similarly interesting feat in the past when it towed a Boeing jetliner. 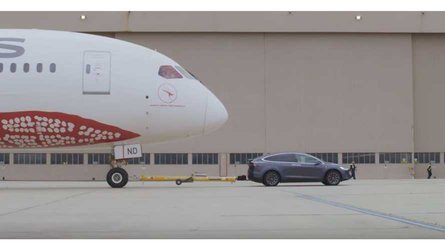 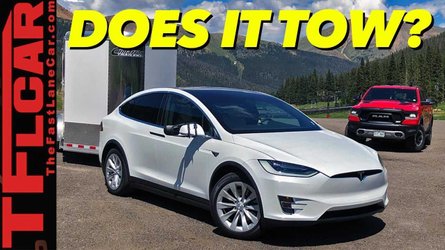 Not long ago, we told you that The Fast Lane Car suddenly traded in its new Model 3 for a Model X. Shortly thereafter, the guys were prepping the Model X for some epic towing tests as part of a new series devoted to the all-electric Silicon Valley crossover.

The Model X tackles its first hauling test with nearly 5,000 pounds in tow. The question isn't really whether or not the SUV is capable, but rather, how easy is it? Moreover, how much energy does it use? Is the range loss monumental? TFL kills the battery to find out.

Check out the video for all the details. Then, let us know your thoughts in the comment section below.

Can Electric Cars Tow? We Max Out A Tesla Model X & Kill The Battery to Find Out!

( http://www.Transwest.com/frederick ) Towing with a Tesla Model X is not as simple as you might think. With 4,500 pounds behind the Tesla we found range to be highly compromised. Just how far can you go while towing with a Tesla? We find out the hard way.