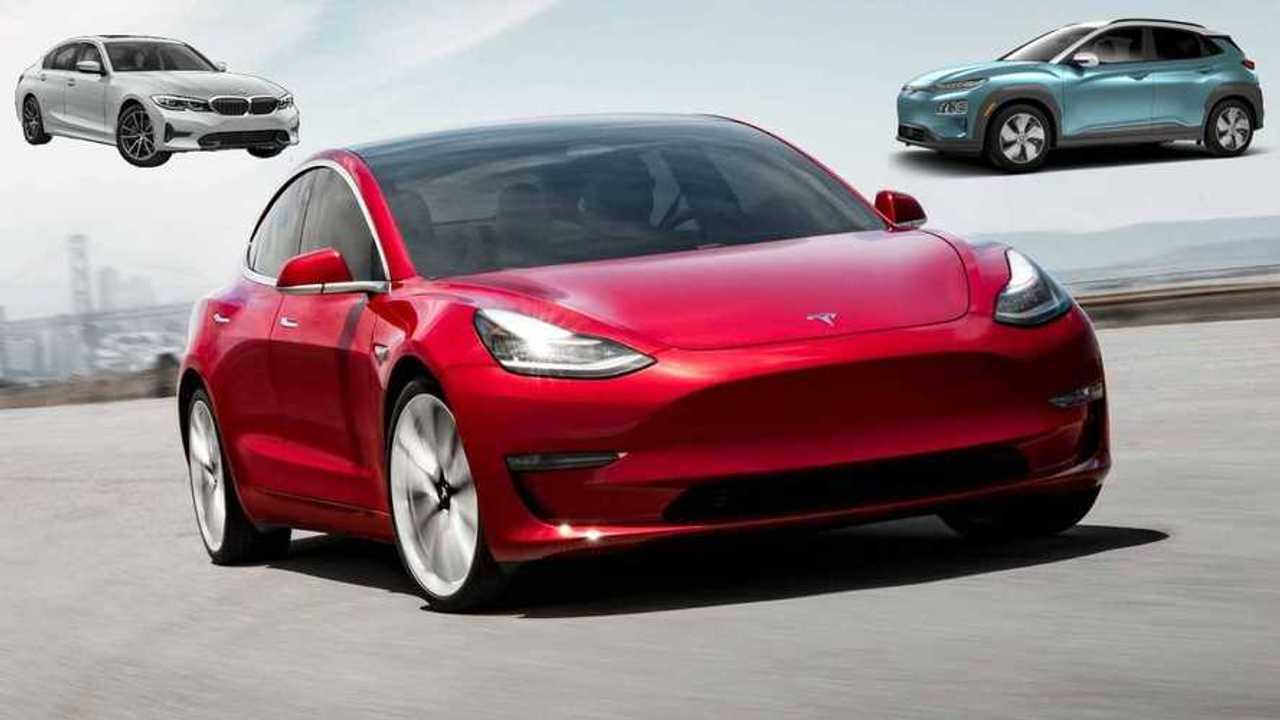 How did it go in this Top Gear comparo?

What do you do when you have a car that is attracting lots of attention, but that appeals to very different publics? The British magazine Top Gear found a solution for that. It compared the car of the moment, which is the Tesla Model 3, to two very different vehicles: the Hyundai Kona Electric and the BMW 3 Series.

Despite the recent and still under investigation explosion in Canada, the Kona Electric has all the attention from the ones concerned with lower emissions and a more sustainable way to move around. Something the Model 3 also has.

The new BMW 3 Series, the G20, is being lauded as the best sedan in its market segment regarding its dynamic traits. And that is also something very praised on the Model 3, apart from performance.

That is the scenario of this comparo and it is pretty fair in pointing out the strengths and problems each of the vehicles present. As it develops, it is very clear the Tesla made a very strong impression on Top Gear reviewers.

We do not intend to tell you the whole story – nor its conclusion – because the text is interesting and deserves to be fully read. Kona Electric owners will probably get disappointed with it, especially if they love their cars unconditionally.

Perhaps the criticism about distracting commands on the Model 3 is a bit exaggerated, but they mention different realities between a Californian road and the ones in the UK that contextualize that.

If you have a Model 3, how do you feel the experience of adjusting everything with so few commands? Is it a matter of getting used or it is really distracting? It is worth reading the whole piece. Do so and share your opinions with us here at the comments box.