Taking The 2019 Mini Electric To The Track is "Reassuringly Familiar"

The electric Mini has the same sharp steering and nimble handling as its petrol brethren.

Over the past year, it seems more and more traditional automotive publications have been heaping the same praise on the current crop of electric cars: of "It's just like a normal car."

For a majority of the electric car community, this might sound like a turn off. But a large portion of buyers will only feel comfortable switching to EVs once they realize it is not some major life change. Going electric will be far more enticing once they have an electric offering that looks, drives, and performs like the nameplate they already know and love.

More About The Mini Electric 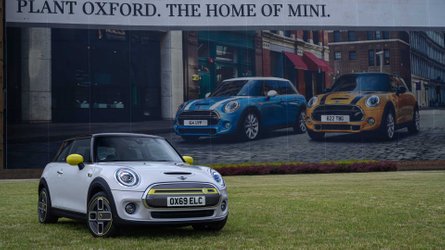 Will MINI Move Towards Full Electrification? 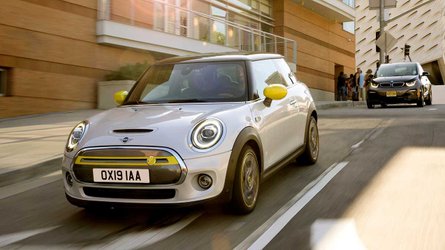 The new Mini Electric three-door hatch looks like any other Mini at a glance. While the exterior does have a few visual cues to hint at the EV innards, it does not try to stand out in a crowd. The retro interior is similarly faithful with a large, rounded infotainment screen above switches, toggles, and buttons aplenty.

You'll need to look closer to see the differences. An electronic handbrake replaces the manual one. Information screens now showcase energy usage, energy capture from regenerative braking and power level displays. And of course, the biggest change is the newly electric powertrain borrowed primarily from the BMW i3.

The car has a 32.6 kWh battery pack good for roughly 130 miles under the new WLTP standard. This is of course a far cry from a Tesla Model 3 or even a Nissan LEAF e+. But the Mini Electric serves an entirely different purpose on the market. Plus, with a price at around £24,400 in the UK, the tiny hatch is actually set to cost less than a Cooper with equivalent specs and a combustion engine.

According to Autocar writer James Attwood, driving the Mini electric has the same sharp steering, rapid direction changes, and nimble handling that Mini is known for. The car is front wheel drive, accelerating 0-62 mph in 7.3 seconds and topping out at 93 mph. There are three drive modes - Standard, Mid and Sport - and driver adjustable regenerative braking levels.

Buyers will of course need to decide if less than a 140 miles meets their needs. But fans of the brand will be encouraged that Autocar says familiarity is the biggest compliment it can give to a brand trading on nostalgia. According to their test drive:

What’s clear is that everything customers like about the hatch – from the retro styling to the nimble handling – hasn’t been harmed by the switch to an electric powertrain. In some cases, it has arguably been improved.

To read the full impressions, check out the link below.