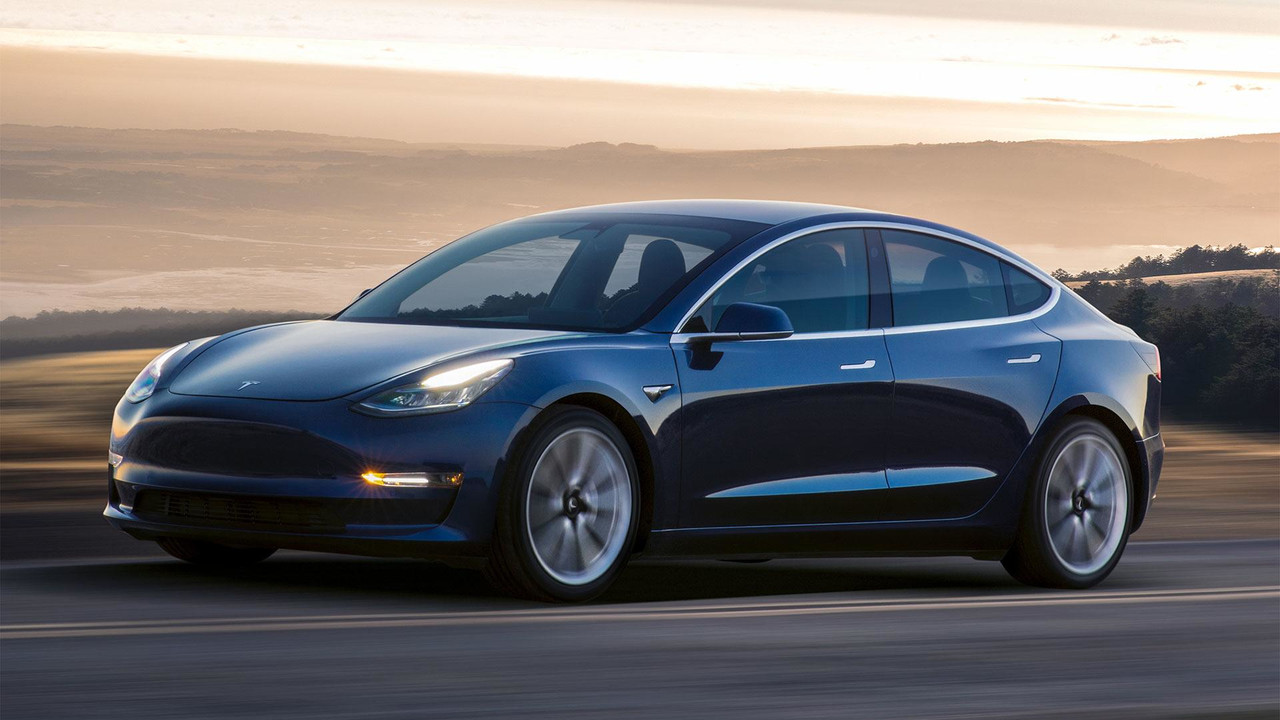 Yet another major publication is enamored with the Tesla Model 3.

As Model 3 begins to appear on the UK's streets, local automotive news outlets are publishing their reviews of Tesla's highly-anticipated electric vehicle. One such publication, CAR Magazine, just released a written review and provocative video about Tesla's lower-priced, smaller sedan.

Above: It turns out that Tesla's Model 3 had already graced the cover of UK's CAR Magazine (Image: CAR Magazine)

What were some of the key takeaways according to the team at CAR Magazine? Keith Adams and Tim Pollard review the 'Performance' variant and write that the Model 3 they road (and track) tested feels "monumentally, addictively rapid." And with the Model 3, you can sense "the horizon reeling in at warp-speed on full throttle, with a silent, whirry accelerative thrust."

And it's not just the Model 3's speed that's addictive. The reviewers also add that the "steering is sublime - beautifully weighted and superbly accurate. In addition, this is one of the quickest steering racks we've experienced on a mainstream saloon since the original Alfa Romeo 156; it lends a pointy agility to the way the Model 3 drives."

Above: After driving the Tesla Model 3, CAR Magazine's James Dennison asks, "Will it change the world?" (Youtube: CAR Magazine)

"Equally impressive is the handling. You think it into a corner and it darts into the apex with all the alacrity of a Ferrari V8. It's seriously fast to react, yet it doesn't feel nervous or on edge at a motorway cruise. It feels right-sized for the UK - a good compact shape that's not too bulky for Britain's busy roads," write CAR's reviewers.

What about the track mode feature available in Tesla's 'Performance' variant of the Model 3? According to CAR, "the steering sharpens up, turn-in gets even more aggressive, and butchering the throttle on a constant steering axis will have you drifting like a pro. But for those who don’t need to showboat, rest assured that it becomes a whole lot more biddable and can literally point, shoot and go like hell."

Of course, for Brits considering an electric vehicle, there's the added benefit of Tesla's proprietary charging network readily available to Model 3 owners. Currently, "The UK Tesla Supercharger network now stretches to 50 locations (each typically has six to a dozen charging points in), plus around 500 destination chargers at hotels, clubs and other private venues." In the end, CAR's Adams and Pollard agree, "The Model 3 feels like a breakthrough car."