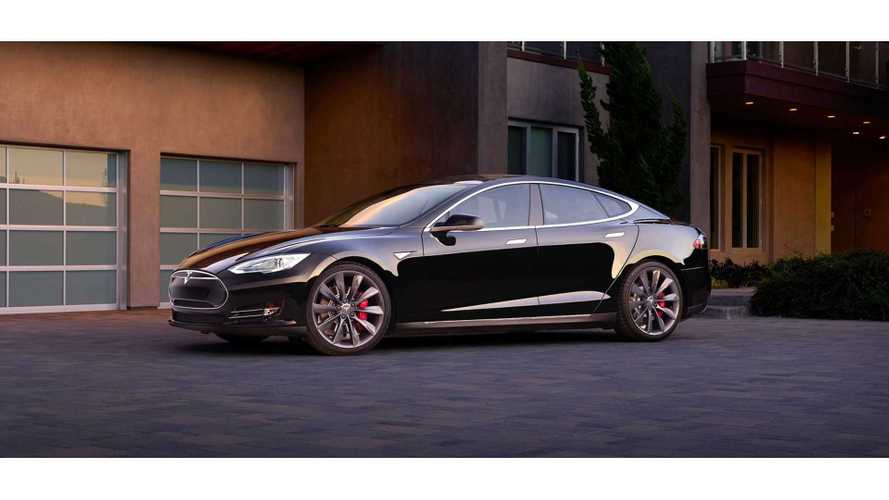 Should you skip these newfangled EVs and get a used Tesla instead?

The Audi e-tron, which is now arriving at dealerships in the US (it sold 253 units in April), has been touted by a credulous press as a “Tesla killer” (actually, so has every EV, real or conceptual, announced over the past few years). I was impressed by the vehicle I examined at the launch event, and most other journalists agree that the e-tron is as luxurious and well-equipped as one would expect from Audi. However, when it comes to the drivetrain and battery tech, Audi’s new EV is not going to cause anyone at Tesla to lose any sleep.

As Sean Chandler reports in a post on Seeking Alpha, the e-tron is the culmination of over four years of development, and represents one of the most expensive projects in the automaker’s history. Nonetheless, its battery specs don’t rival those of the cars coming out of Fremont. In fact, Mr. Chandler finds that the 2019 e-tron comes up short even when compared to a 2012 Model S.

In absolute terms, the brand-new e-tron’s range is just below that of the oldest Model S. When you look at miles of range per kWh of battery size, the comparison is even more lopsided. In 2012, the EPA range for the Model S with a 60 kWh battery pack was 208 miles. The 2019 e-tron delivers 204 miles with a 95 kWh (83.6 kWh useable) pack. A seven-year-old Model S with a battery pack of similar size (85 kWh) offers a range of 265 miles.

As Mr. Chandler puts it, such a disparity “would be like Samsung releasing a new phone today that’s slower than the iPhone 5.”

Furthermore, the e-tron, which starts around $75,000, has less range than the far lower-priced Chevrolet Bolt and Nissan LEAF Plus, as well as every Tesla model currently on sale.

Vehicle designers (ICE or EV) have to make trade-offs between performance and fuel efficiency. Luxury EVs are expected to offer high performance, and the Porsche Taycan, Mercedes EQC, Jaguar I-PACE and Audi e-tron deliver quick acceleration and high top speeds (although none quite measure up to Tesla’s Performance models). However, these vehicles necessarily sacrifice efficiency. “All of these luxury EVs must utilize 90-95 kWh high-capacity battery packs to achieve 200-250 miles of range,” writes Chandler. Meanwhile, Model X gets 250 miles from a 75 kWh battery pack, and the Model 3 Standard Range Plus gets 240 miles from a 55 kWh pack.

Lower-priced EVs such as the Chevy Bolt, Hyundai Kona EV and Nissan LEAF achieve good efficiency ratings, but naturally their performance is more mundane (but still far superior to that of comparable gas vehicles). When it comes to range, even they beat the new Audi - Mr. Chandler tells us that each of these three models offers more range than the e-tron, despite having battery packs with at least 30% less capacity.

Tesla has also leapfrogged other automakers when it comes to motors. Electric motors have been around for centuries - Benjamin Franklin experimented with them in the 1740s. However, motors have traditionally been designed either for high performance or high efficiency - only the advent of modern EVs has created a need to combine both attributes in a compact package.

Back in 2003, the Tesla team that designed the Roadster started with a motor built by a company called AC Propulsion. However, as Marc Tarpenning told me when I interviewed him for my history of Tesla, AC Propulsion’s motors were individually hand-tuned, and weren’t practical to mass-produce, “so we just designed our own motor which, in the end, was quite a bit different from what we started with.” According to Tarpenning, the Tesla team redesigned AC Propulsion’s motor a year before the Roadster went into production.

Since then, Tesla has continually improved its motors, just as it has done with its battery packs. The company has at least a 10-year head start on the legacy automakers, which have only recently begun building performance EVs.

Make no mistake: Porsche, Mercedes, Jaguar and Audi know how to build excellent automobiles, and some buyers will surely find their new EVs to equal or surpass Tesla in terms of their interior fittings and other luxury features. However, when it comes to the drivetrain and battery tech, these venerable brands still have a long way to go to catch up with the upstarts from California.

The men in the corner offices know this, and it seems that some of them aren’t above resorting to some deceptive marketing in order to try to narrow the gap. At the recent New York International Auto Show, Matthew Mostafaei, Audi’s Manager for e-tron, claimed that the e-tron charges faster at a 150 kW charger than a Tesla at the upcoming 250 kW Supercharger V3, and presented a chart to support his claim. However, Simon Barke and Myles Clark, writing in CleanTechnica, contend that the chart was doctored, and Mr. Mostafaei’s conclusion highly misleading. Audi USA spokesman Mark Dahncke confirmed to CleanTechnica that Audi had not contacted or credited the original author of the chart, and had “accidentally” misstated the underlying data. According to CleanTechnica’s estimates (corroborated by a YouTube video of an e-tron charging), Tesla’s Model 3 charges at least twice as fast as the e-tron.