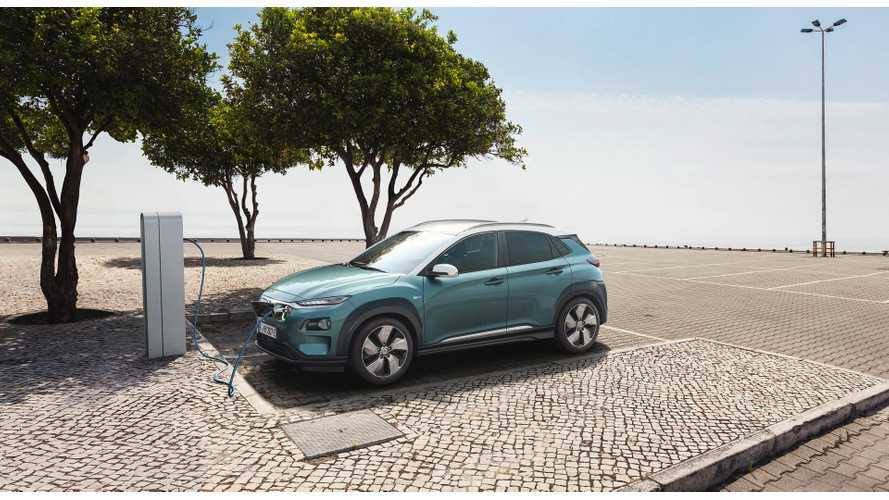 For what it's worth: 9 out of 10 damned souls prefer the Hyundai Kona EV.

Cars.com writer Aaron Bragman recently took the time to compare the Chevy Bolt EV and the Hyundai Kona Electric and they have a lot in common. Both are reasonably priced starting at at $37,495 for the Bolt and $37,995 for the Kona. The Kona has a 201-horsepower electric motor while the Bolt EV has a mere 200-hp.

More About the Kona Electric and Chevy Bolt

The Kona has a slightly larger battery pack at 64 kWh for an EPA estimated 258 miles of range, allowing it to edge out the Bolt EV's estimated 238 mile range. The Kona has more torque at 291 lb-ft compared with the Bolt's 266 lb-ft.

Both vehicles handle well and are quite powerful off the line as drivers have come to expect from electric vehicles. The Bolt has better braking, while the Kona has the superior suspension. The Bolt EV one pedal driving is far better implemented compared to the Kona's system. While the Kona has more regen braking options, they result in "a sudden jerky stop in the last 5 mph, sending passengers’ heads bobbing."

2019 Hyundai Kona Electric: Is It A Worthy Crossover For Families?

Both cars are almost exactly the same length with 94 cubic feet of passenger room. Both are compact hatchbacks pretending to be crossovers. However, the Bolt EV has more backseat legroom, more headroom and significantly more total cargo capacity(56.6 cubic feet) than the Kona (45.8 cubic feet).

Still, the materials in the Kona are of a higher quality and the Hyundai has more standard features. Many of the safety systems such as automatic emergency braking and blind spot detection are optional on the Chevy but standard on the Hyundai.

One of the more amusing observations in Bragman's comparison was the artificial pedestrian noise emitted by both vehicles. Apparently, the Kona has a "ghoulish tone that sounds like the cursed souls of the damned emanating from under the hood". Bragman describes the Bolt EV's as pleasant and musical by comparison.

So, which does Cars.com prefer? Well, Mr. Bragman favors the Bolt EV for better passenger comfort, braking characteristics and more cargo capacity. However, the Kona is no slouch with better interior materials, range and standard safety equipment. So each buyer's choice will depend on their needs.

Of course, most buyers in the United States will not actually have a choice. The Kona Electric has continued to hover at only 75 to 100 units of inventory nationwide. While the Bolt EV has nearly 4,000 units available across the country. So, the choice is quite clear.

To read the full comparison, check out the link below.