Nothing quite like watching the triple threat of EV crossovers side-by-side on Germany's legendary roadway.

We've seen plenty of comparisons of the Tesla Model X and Jaguar I-Pace. It still seems a bit strange to us, since the I-Pace is hardly comparable to the Model X. The Jaguar is in a class of its own as an electric "rally" crossover with insane off-road prowess. The Model X is more reminiscent of a high-speed minivan-like family hauler.

Since the Audi e-tron is just coming into the picture, live comparisons have been less frequent. Still, there's no shortage of articles questioning it against the other two premium electric "SUVs." While the e-tron is more of a traditional SUV than the I-Pace in most ways, it's still not a large, three-row crossover like the Tesla. 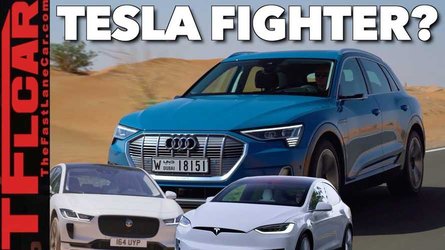 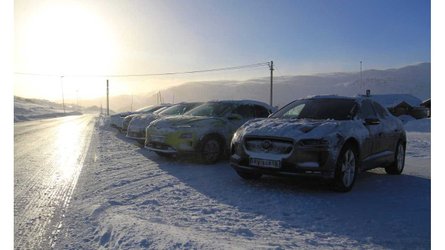 It would only make sense that these small, sporty crossovers would run circles around the larger Model X when it comes to speed and range. At least, that's what we assumed before the vehicles arrived. While we were impressed with the Jaguar and Audi at their respective premieres, neither vehicle is able to stand up to the Tesla in a number of ways.

Range is perhaps the most significant metric when it comes to EV adoption. So, nextmove, Germany's largest EV rental company put these three battery-electric crossovers to the test.

If you'd like to read details about this test with multiple charts, follow the source link below. It's definitely a worthy read. For now, check out the video and leave us your thoughts in the comment section below.

nextmove, Germany’s leading electric car rental company, has tested the three premium electric SUVs Audi e-tron, Tesla Model X 90D and Jaguar I-Pace against each other in a direct consumption test. For this purpose, the "Big Three" of electric mobility were driven in parallel on the German Autobahn.