Car and Driver chooses the Hyundai Kona Electric over the Bolt, but says you shouldn't cancel your Tesla Model 3 pre-order.

Car and Driver is making it clear this month that it's searching for the best Tesla Model 3 alternative. We just published an article highlighting the publication's case for Model 3 reservation holders to consider the Kia Niro EV. That is, as long as those folks are still waiting for the base Model 3. Now, C&D  takes a look at the Chevrolet Bolt EV and Hyundai Kona Electric to see if either are worthy.

It's pretty clear many people are still waiting for the $35,000 Model 3. As far as we understand, there was a huge list of paid reservations, which still exists for the most part. But, it seems most of the people in the U.S. that took delivery were interested in an upper trim. So, if a long number of reservation holders still do exist -- not to mention those that are interested in the car but never put down a deposit -- they are likely holding out for the cheapest variant. In the meantime, others may be still considering another electric car instead. Let's also not forget that the tax credit opportunity for Tesla buyers is in its sunset phase. 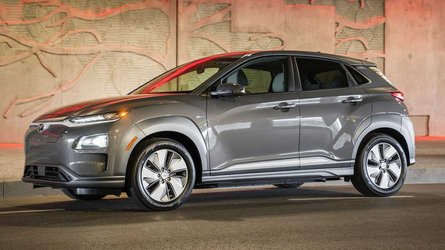 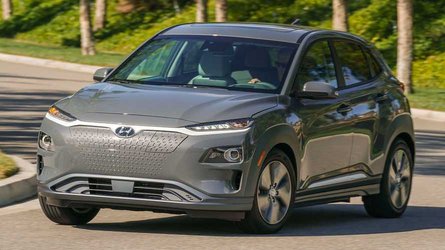 C&D is clear up front that you're not going to get the Tesla's level of luxury in any of these cars, but with their starting price, plus the $7,500 rebate, you're paying less (until the $35,000 Model 3 finally comes along). Both the Kona Electric and Bolt EV start under $40,000. The Kona qualifies for the full rebate, but will only be available in some states. The Bolt gets the full rebate for the rest of this quarter, and the car's available nationwide.

So, what does Car and Driver have to say about these vehicles overall?

Quite a lot, actually. C&D fills us in on some 2,000 words worth of the details. Its test drive encompassed four days of driving between Santa Monica and San Luis Obispo, along with some additional time at the track. For practical purposes, let break it down a bit.

For starters, we'd like to point out that C&D has much to say about the lack, condition, speed, etc. of charging infrastructure. It called the situation frustrating and said that unlike the Tesla Supercharger Network and actual charging "stations," the non-Tesla situation was often abysmal in more ways than one.

Moving right along here, both cars use a 201-horsepower motor, but the Kona offers more torque and thus puts up better numbers in track testing. Both cars also have very similar footprints. The Hyundai has a larger battery pack and 20 extra miles of EPA-estimated range (258). As C&D states, range is one of the most important considerations in these comparisons, especially when much of the rest of the vehicles' specs are exceedingly similar. Even though the Kona only offers a handful of additional miles, the C&D's test drives proved that it always had about 50 more miles of range than the Bolt at any given time, meaning fewer stops to charge.

According to C&D, the Bolt EV is roomy and comfortable to drive. However, it delivers "tippy handling," and its tall, hatchback styling can be polarizing. Overall, while it may have been a big deal a few years ago, today it's "merely competitive." Despite the fact that the Bolt was built as a dedicated EV -- unlike the Kona, which is also offered with a gas powertrain -- C&D finds the Bolt seemingly more compromised.

Even though many reviews have called the Kona a nice looking crossover, C&D calls is "squashed-looking" and says, much like the Bolt, it's not getting kudos for excellence in exterior design. However, the article says the Bolt EV has a nicer cabin, but the Kona offers more comfortable seating. Car and Driver shares:

It did give us plenty of time to compare and contrast the looks of the dorky, upright Bolt and the short, squashed-looking Kona. "Like Bert and Ernie," quipped technical editor David Beard. Neither vehicle is going to win any design awards, but the Bolt looks like a cheap econobox hatchback while the Kona looks like a cheap econobox crossover. Beauty is in the eye of the beholder and all that, but right now the market prefers the latter. So do we.

According to Car and Driver, the Kona is fun to drive, more efficient, and offers outstanding infotainment features. Regardless of its lackluster interior and lack of availability, it's still the most compelling "real-world-viable" electric car to date.

The Kona also offers features like adaptive cruise control, which you can't get in the Bolt. In addition, it's quiet, comes standard with DC fast-charging, has more room for cargo behind its rear seats, and its regenerative braking system proved more helpful on twisty roads than the Bolt's.

In the end, Car and Driver chooses the Kona as the better alternative for Tesla Model 3 shoppers who are getting tired of waiting for the base model. However, with the Kona's limited production and lack of availability, C&D suggests that you may just want to wait for the base Model 3.