Why would you buy any other minivan?

Some people buy battery electric vehicles hoping to prevent some The Day After Tomorrow-like scenario, but the reality is that for a lot of consumers, the case for a plug-in hybrid or EV is simple dollars and cents. And the case for the 2019 Chrysler Pacifica Hybrid is a strong one. 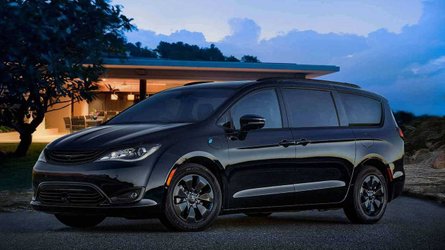 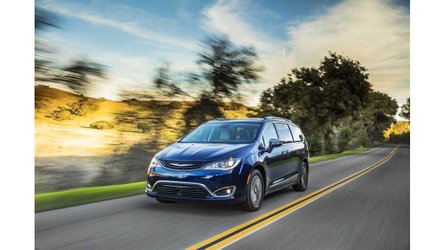 With the ability to travel 32 miles on a charge, the Pacifica Hybrid can avoid filling up for weeks or even months, depending on your daily driving needs. It’s also eligible for a mammoth $7,500 income-tax credit from the federal government that wipes out the premium you pay for the plug-in hybrid powertrain and brings the total up-front cost down to or even below its gas-only competition. A low price and significantly lower operating costs mean the Pacifica Hybrid is an economic winner for any household. Plus, it’s all based on the already-excellent Pacifica.

For more on how Motor1.com rates cars, click here. 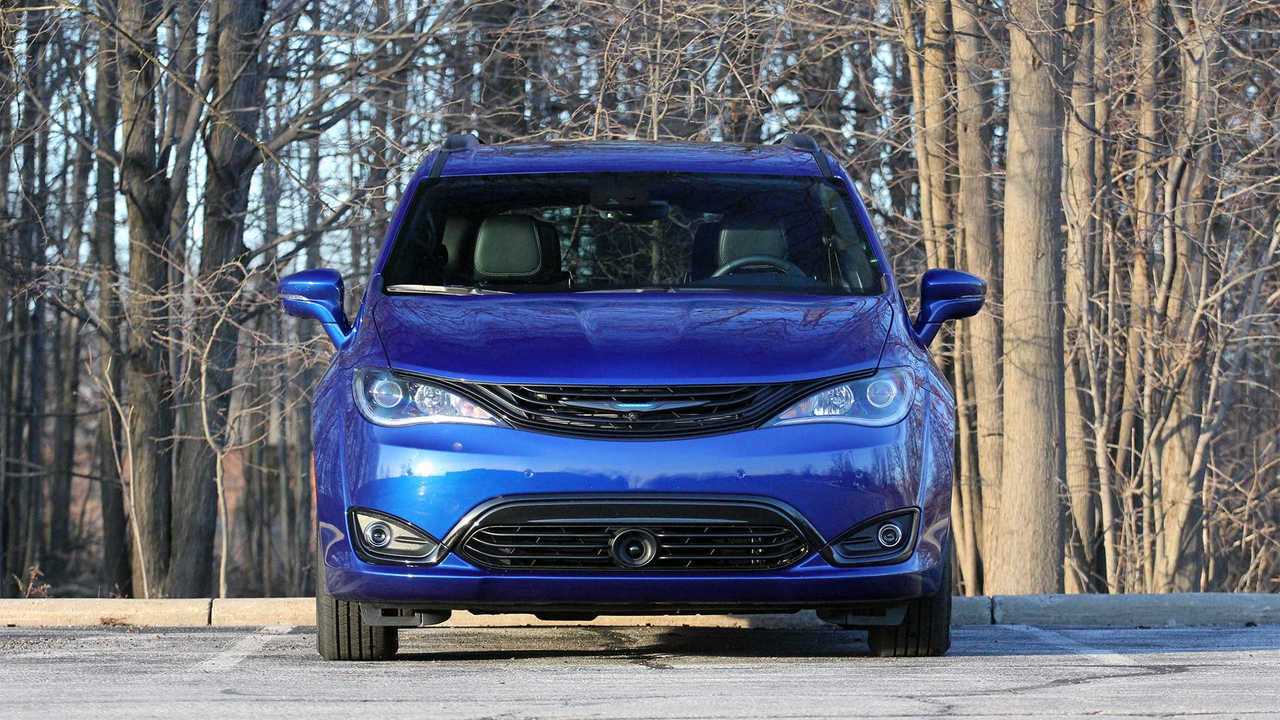 Vehicle design is always subjective, but claiming the Chrysler Pacifica is the most attractive minivan on sale today is not a controversial assertion. The same is true of the Pacifica Hybrid, as its exterior is virtually identical to the gas-only model, right down to this tester’s aforementioned dark-themed S Appearance Package.

The Pacifica Hybrid’s interior, meanwhile, benefits from the decades of experience Chrysler has amassed at designing for its target audience: families. Storage is as abundant as air inside the Pacifica, with cubbies, nooks, and out-of-sight compartments everywhere you turn. The build quality might be a step below that of the Honda Odyssey, but it’s still better than average and, with care, should hold up well over time.

My biggest issue with the Pacifica Hybrid are its firm seats, which seems contrary to the purpose of a vehicle like this. I had the opportunity to drive the Pacifica Hybrid on a mini road trip and was wishing for a softer seat after a few hours behind the wheel.

Likewise, the Pacifica Hybrid’s ride isn’t a smooth and plush as you might expect. It, too, is on the firm end of the spectrum, though I suspect that has something to do with maintaining control of the 500 pounds of extra weight it’s carrying around on account of the battery packs.

As for space, the Pacifica Hybrid doesn’t sacrifice any interior volume on account of it being a plug-in hybrid. Many plug-in hybrid cars, for instance, have smallish trunks because their battery packs protrude into those spaces. The Pacifica Hybrid’s pack is under the floor in the middle of the van, though, so no interior space is lost and the third row can still fold away completely into the floor. The only thing sacrificed is the Pacifica’s well-liked Stow ‘N Go seating, where the middle captain’s chairs fold away completely into the floor – there’s just no room for that on account of the batteries.

Otherwise, though, the Pacifica Hybrid has the same massive 140.5 cubic feet of maximum cargo carrying capacity as the non-hybrid version, which is also nearly identical to the Honda Odyssey.

Chrysler’s UConnect infotainment system is great, as always. Here it’s shown on an 8.4-inch touchscreen and paired with an equally impressive 7.0-inch screen for the gauges and information display. Apple CarPlay and Android Auto are included, as is a 4G LTE WiFi hotspot, active noise cancelling, and an optional 20-speaker Harman Kardon stereo.

Normally I don’t recommend paying for rear-seat entertainment systems from the factory (modern tablets are better and cheaper for children to play with while traveling), but Chrysler’s offering in this space, called UConnect Theater, has me reconsidering. It’s more than just a dumb screen that plays DVDs. There are two 10-inch HD touchscreens mounted on the backs of the front seats, which are connected to a built-in Blu-Ray player and also feature HDMI ports. They run an operating system with both apps and games for kids to play with, and a pair of wireless headphones keeps the cacophony from the cabin. The system can even wirelessly stream video from certain devices (though not Apple devices).

I tested UConnect Theater on my niece and nephew, and was pleased to find it kept them happy and occupied for our entire time together in the car. UConnect Theater is standard on the Pacifica Hybrid Limited, and costs $1,995 on other trim levels where it’s available.

The Pacifica Hybrid uses the same 3.6-liter V6 engine as its gas-only counterpart, though here it operates on the more efficient Atkinson cycle. The engine is paired with an electrically variable transmission that combines the power of two electric motors for EV-only driving and dual-mode hybrid operation. Altogether, Chrysler lists total system output as “around 260 horsepower,” which is considerably less than the 286 horsepower made by the gas engine in standard Pacificas.

Fortunately, the nature of electric motors with their ability to provide torque on demand makes them feel more powerful than their specs suggest. In other words, the Pacifica Hybrid has no trouble in the get-up-and-go department, despite weighing about 500 pounds more thanks to its battery pack.

As mentioned, the suspension is on the firm side, probably to keep that extra weight in check. While it doesn’t create the cushiest ride, it does make the Pacifica Hybrid a surprisingly competent handler. The stiffer suspension, combined with a much lower center of gravity thanks to the batteries’ placement underneath the floor, keeps this minivan from feeling tippy in turns and imparts a high-degree of confidence in corners.

Chrysler earns high marks for safety on account of the Pacifica Hybrid’s level of standard safety equipment and the affordability of its optional items. Blind-spot monitoring and rear-cross-traffic-alert systems are both standard on all trim levels, as are rear parking sensors with automatic braking. Meanwhile, all of the Pacifica Hybrid’s remaining optional safety equipment is collected in the Advanced SafetyTec Group, which costs just $995 and includes front sensors, a 360-degree surround-view camera system, forward collision warning with emergency automatic braking, adaptive cruise control with stop-and-go capability, a park-assist system that works for both parallel and perpendicular parking, and automatic high-beam headlights. The one catch is that the Advanced SafetyTec Group is available only on the Pacifica Hybrid’s most expensive Limited trim. Among minivans, the Pacifica Hybrid is unmatched where fuel economy is concerned. Being a plug-in hybrid, its 16-kilowatt-hour battery pack is large enough to provide up to 32 miles or all-electric driving range. I drove the Pacifica Hybrid through energy-sapping cold temperatures and still managed 28 miles or so on battery power alone. Depending on your situation, it’s entirely possible to drive the Pacifica Hybrid for weeks or even months without needing to refuel.

When the battery is depleted, the Pacifica Hybrid operates like a traditional hybrid (think Prius) and still offers considerably better fuel economy than its gas-only competition. The Environmental Protection Agency officially rates the Pacifica Hybrid as capable of 32 miles per gallon combined in traditional hybrid mode, which is 10 mpg more than the Toyota Sienna, Honda Odyssey, and standard Pacifica. The 32 mpg is good enough for a 7 on our fuel economy scale, but if Chrysler can squeeze more mileage out of the battery pack, the Pacifica’s score will increase considerably.

With its 16.5-gallon fuel tank, the Pacifica Hybrid also offers an incredible 520 miles of total driving range, which can be up to 100 miles more than a standard Pacifica.

By: John Neff
++
Got a tip for us? Email: tips@insideevs.com