Korean cousins face off in Germany (with subtitles)

The Hyundai Kona Electric and Kia Niro EV (Kia e-Niro in some markets) are two of the most exciting electric vehicles about to hit dealerships in the United States. Potential customers across the country are weighing the two, wondering which might best suit their needs. One metric by which to judge them is efficiency. The video (press CC for English subtitles) above helps us out here, pitting the two all-electric crossovers against each other as they travel more than 400 km (249 miles) on a stretch of the Autobahn highway in Germany. 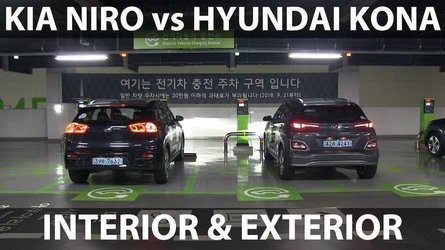 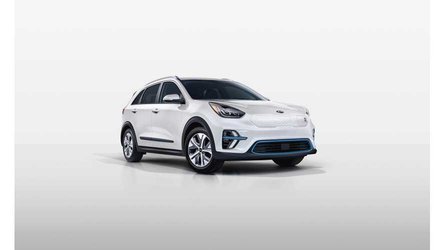 The two, of course, are corporate cousins but their bond goes deeper than that. They are built on the same platform, albeit with battery cells from different suppliers -- the Hyundai holds cells from LG Chem, while the Kia keeps rolling with help from SK Innovation. Regardless of this supplier deviation, though, they both boast a 64 kWh battery. So, how do these similarities and differences play out in the real world?

To set the stage, the vehicles are charged to 97 and 98 percent and are wearing winter tires of the same size. With a bit of distance between them, so neither enjoys the advantage of a slipstream, they use cruise control to maintain a steady 120-kph (75-mile per hour) pace. When they stop for a charge, the results are not what we expect. 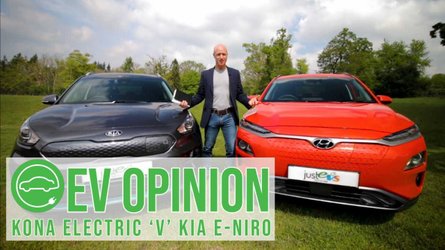 Hyundai Kona Electric Vs Kia Niro EV: Is There A Winner? 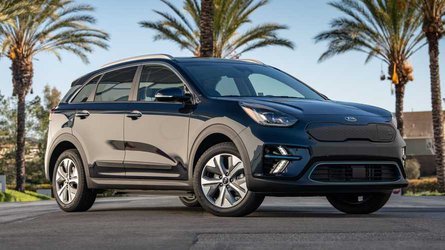 When all was said and done, the Kia Niro EV emerged the victor in this particular contest with a 4-percent edge over the 429 km (267 miles). A surprising result, considering the EPA rates the Kona Electric as the more efficient of the two.

We now look forward to more tests, but in the meantime, if you have a theory for this seeming discrepancy, let us know in Comments.