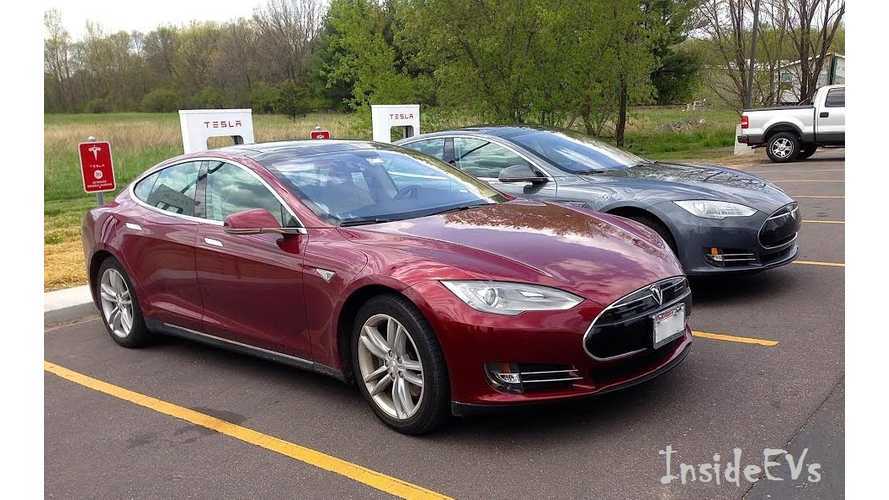 We recently noted that electric vehicle road tripping in the UK can have its challenges. But what about an excursion on the European mainland? Well, it just so happens a Bloomberg contributor just recently tried to do this very thing, so let's look at her experience and see how well that went.

In a symbolic tribute to Bertha Benz, who made what is thought to be the first road trip (110 miles!) in 1888 driving her husband Karl's contraption to Mannheim and then back to their home, a two-way trip from Paris to that German city was decided upon. While we can't say how much planning went into Miss Benz's trip, it doesn't seem like this 715-mile foray was especially well thought out.

For the journey, the author chose a 2015 Tesla Model S with a range of 215 miles when fully charged. Given that the California automaker has its own Supercharger network, and that a voice request will make the car plot a complete route for you with all the stops needed, along with the expected charge times, it should have been a breeze. It wasn't.

Now, a lot of people have taken the author to task on Twitter over the resulting article, and we can understand why. There's a pessimistic tone throughout the piece and it concludes with worries about range anxiety. This strikes many as absurd, since thousands of Tesla owners have easily made much lengthier trips with no problem.

But, cut her some slack. She's not coming from a place of malice. The venture was not about the brand, but about European charging infrastructure in general. It's true some of the language is unfortunate. If you were skimming through, you might have gotten the impression that a trip that should have taken 10 hours actually took four days, and included over 11 hours of charging.

"Over the next four days, I’ll spend 11 hours and 42 minutes charging—and that’s not counting failed attempts and time wasted on detours to stations—on what Google Maps tells me should be a 10-hour trip."

That aside, she does make some valid points. Charging infrastructure is not where it needs to be at the moment. Even one of the Supercharger stations along the way wasn't available for use. One network required a subscription that couldn't be completed on the fly. Yet another charging station was at a BMW dealership and not available to other brands. And, as we saw in the UK, another simply wouldn't work.

So, while it's easy to find fault with this writer — why would one choose to stay at hotels without charging amenities, for example — perhaps we just need to realize that the charging infrastructure is still a work in progress and the unitiated may easily experience problems if they jump into a car and head out on a 700-mile adventure.

Luckily, this problem is rapidly being addressed by outfits like Ionity, Fastned, Fortum, and others. The future is electric. There are just still a few speed bumps along the way.