Choose your source of power: electricity, hydrogen, or hybrid.

Honda hedged its bets on the fuel of the future when it created its Clarity series of vehicles. All three versions use the same mid-size sedan, five-passenger fastback design, but the trio of Clarity cars each have their own specific source of power. There’s a plug-in hybrid, a pure battery-electric model, and hydrogen-powered fuel-cell electric vehicle. 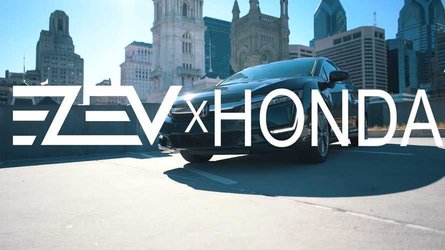 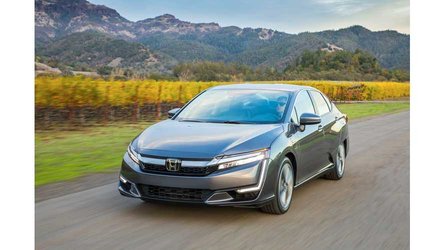 Honda Clarity PHEV Review After One Year Of Ownership

Which one is best for you? Read on to see our comparison, which sheds light on the pros and cons of fuel cells, battery packs, and plug-in hybrids.

How Far Can You Go? 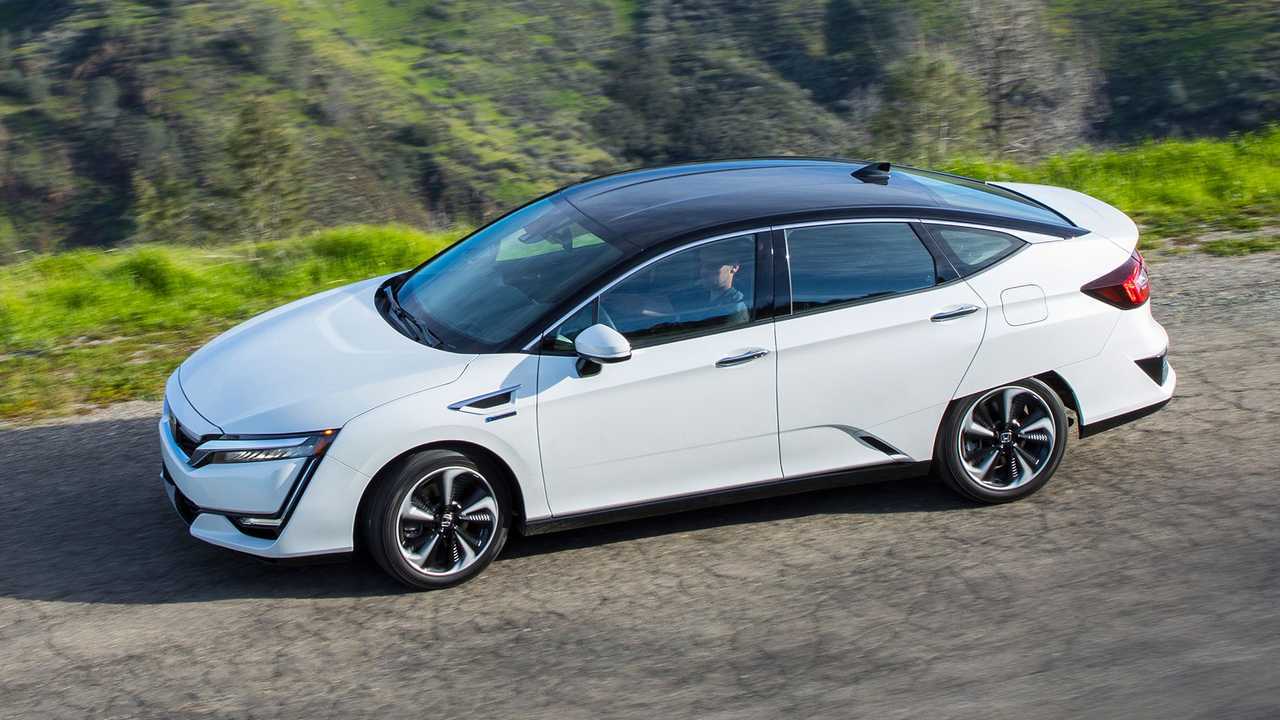 The Honda Clarity Fuel Cell can go 366 miles on a single tank of hydrogen.

Clarity Electric: With an electric motor providing the only source of power for the Clarity Electric, it earns an official E.P.A. efficiency rating of 114 MPGe. That beats the other Clarity models for efficiency. The problem with the Clarity Electric is its small battery pack compared to the EV competition. At just 25.5 kilowatt-hours, it only yields 89 miles on a single charge. That’s a generation behind cars like the 238-mile Chevy Bolt. And it’s a deal-killer for most buyers.

WINNER: Honda Clarity Plug-in Hybrid On a literal basis, the fuel-cell version has the most electric range among Clarity models. Its 366 miles on a single tank obviously beats the 48-mile all-electric range of the Clarity Plug-in Hybrid. However, for practical purposes, the plug-in hybrid is the winner. It has greater overall efficiency than the fuel-cell version, and on most days you would only use a few drops of gasoline. More importantly, it can still function as an efficient 42-mpg hybrid for long trips – with conventional gas stations available on the road.

Which Car Is The Most Fun To Drive? 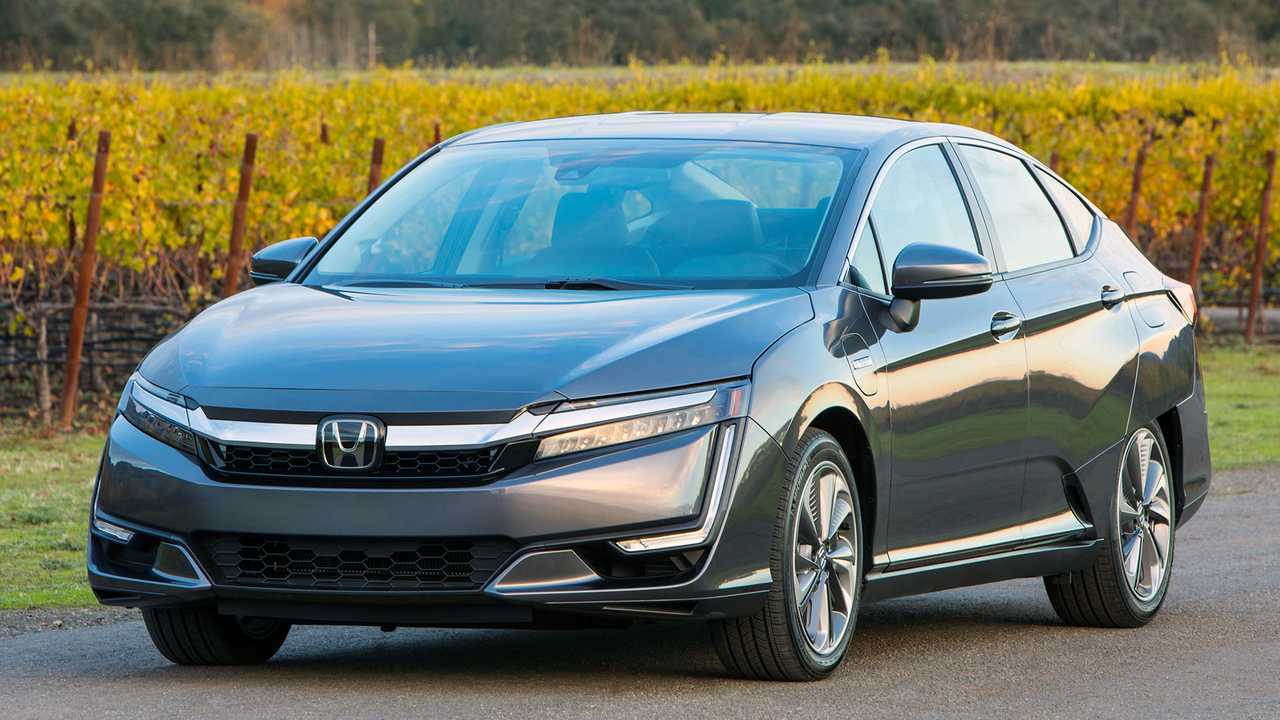 When its two sources of power are combined, the Clarity Plug-in Hybrid produces 212 horsepower.

Clarity Fuel Cell: There’s a ton of technology that goes into fuel-cell technology and how it converts gaseous hydrogen into electricity. But the Clarity Fuel Cell has a single source of propulsion: a 174-horsepower electric motor providing 221 pound-feet of torque. Is it fun to drive? Moderately. With a curb weight of 4,134 pounds, you can expect it to be slightly slower off the line than the plug-in hybrid at full throttle.

Clarity Electric: The purely electric version of the Clarity is the simplest powertrain of the bunch. It has a single electric motor that receives energy from a lithium-ion battery pack. That motor makes 161 horsepower while producing 221 pound-feet of torque. The Clarity Electric is the lightest of the three vehicles at 4,024 pounds. While it keeps pace with its sibling vehicles, the all-electric Clarity lacks the pep found in smaller EVs with bigger motors.

WINNER: Honda Clarity Plug-in Hybrid While all three models were designed to provide about the same level of performance, the plug-in hybrid’s total output of 212 horsepower gives it a slight edge. That said, Honda never intended any of the Clarity models to be great performers. Their size, narrow energy-saving tires, and quasi-luxurious interior represent a sacrifice in the fun category in exchange for comfort.

Fueling/Charging Times for the Clarity Trio 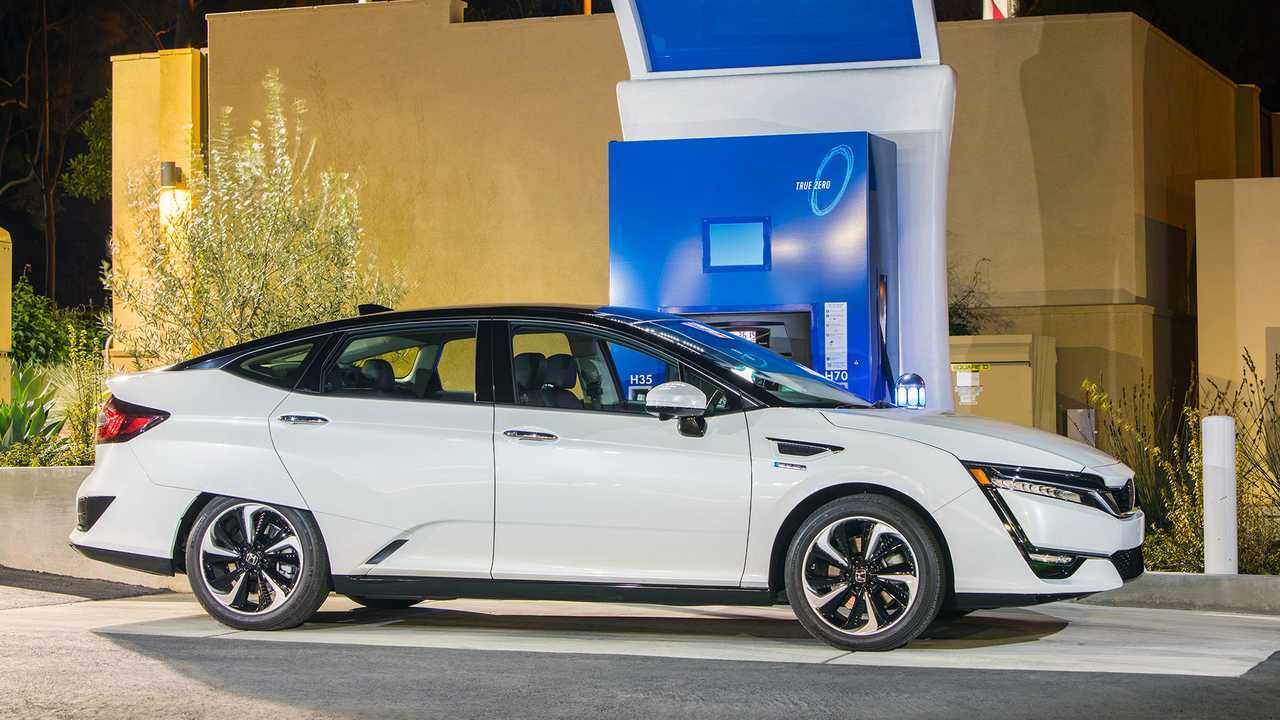 Clarity Fuel Cell: The big promise of fuel-cell cars is that refueling works much like filling up a gas-powered vehicle. It takes a few times to get used to handling the bigger nozzle delivering gaseous fuel, but it quickly becomes the new normal. Pull up on empty, attach the nozzle, and four or five minutes later, you have 366 more miles of energy. Unfortunately, given the current lack of hydrogen stations, the time getting to the pump and back is not nearly as convenient as plugging in at home.

Clarity Electric: The charger used in the Clarity Electric is the same 6.6-kW as found in the plug-in hybrid. So expect the same rate of charging – about 20 to 25 miles of added range per hour via a 240-volt charging station. Because the battery holds 25.5 kilowatt-hours, expect a full charge from empty to full in less than four hours. Using public chargers equipped with the standard CCS charging port, you can restore 80 percent of the battery capacity in about 30 minutes. Unfortunately, that only equates to about 70 miles of driving until you would need to repeat the process. 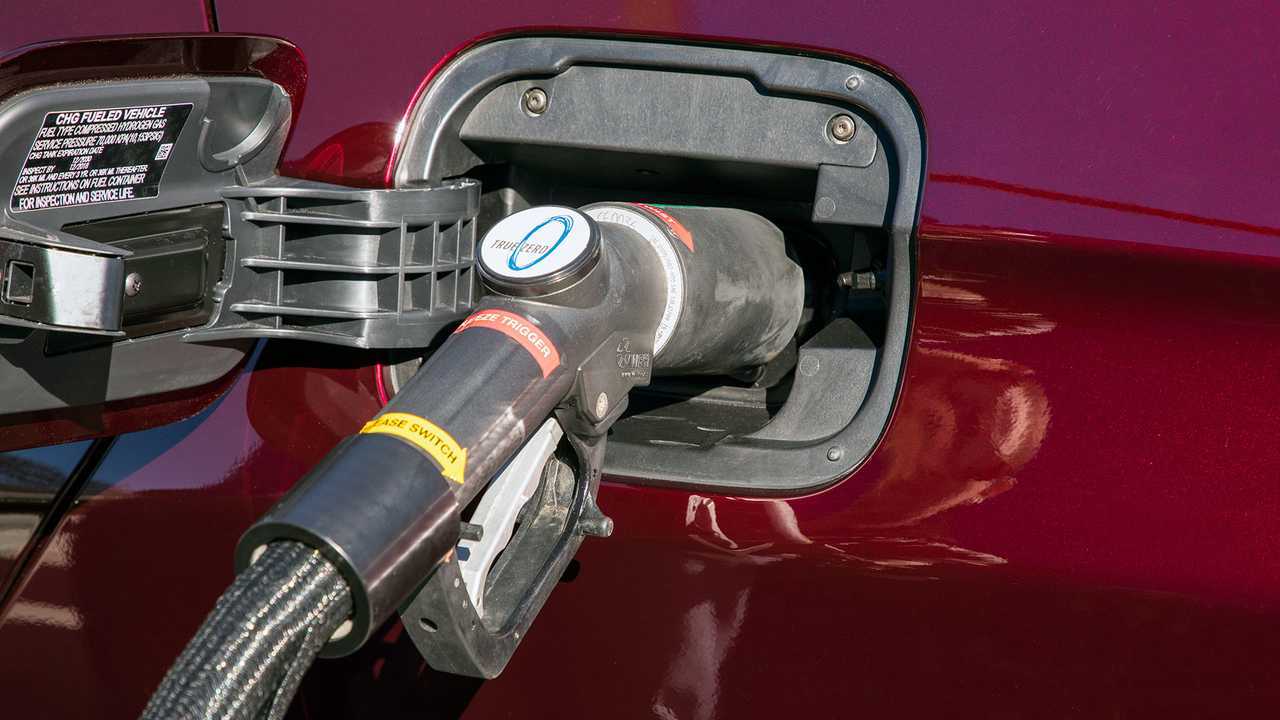 WINNER: Honda Clarity Fuel Cell The fuel-cell electric version of the Clarity wins the race for fastest fueling. There’s no denying that a five-minute fill-up of a hydrogen car with a 366-mile range can’t be beaten by battery-electric vehicles. Of course, there’s a big caveat: access to charging stations. So while we give the fuel-cell Clarity the prize for fastest refueling, it’s more of a future promise than reality until hydrogen stations are more plentiful. In the meanwhile, anybody living outside Southern California or the Bay Area, where H2 stations exist, should feel good about the ease of plugging in at home. 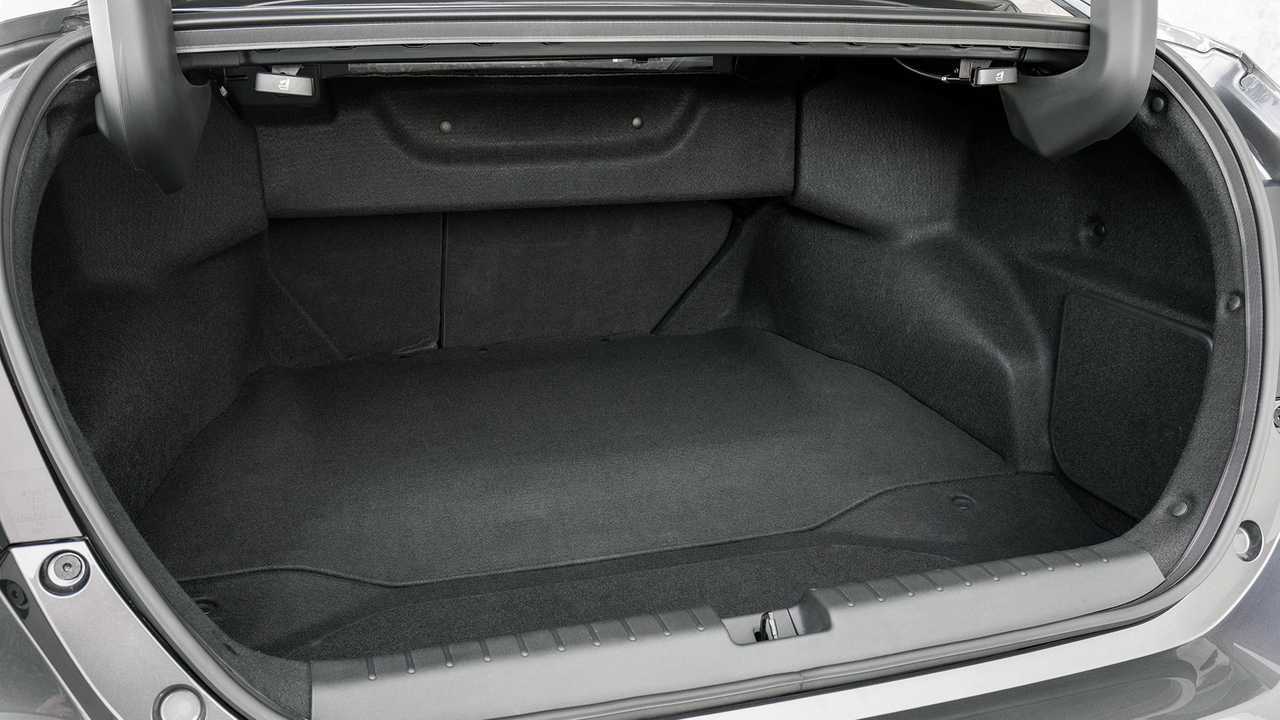 The trunk of the Clarity Plug-in Hybrid doesn't lose any space to make room for batteries.

Clarity Plug-in Hybrid: The Clarity is the largest sedan sold by Honda. It’s a comfortable ride for five adults. Passenger volume and other dimensions are practically identical for the three Clarity versions. Where things diverge is in the packaging of engines, motors, batteries, and energy tanks – and its effect on trunk size. Although the plug-in hybrid shaves off a half-cubic-foot of passenger volume (down to 101.5 cubes), it has the edge regarding cargo space with 15.5 cubic feet. And it offers folding rear seats.

Clarity Fuel Cell: Honda engineers had to make room for two scuba-like tanks that store the Clarity’s hydrogen. One of them sits behind the rear seats, which explains why the Clarity Fuel Cell’s trunk is diminished to 11.8 cubic feet. Folding rear seats are also sacrificed.

Clarity Electric: The all-electric version of the Clarity also loses some of its cargo capacity to make room for its battery pack. The sacrifice is not as bad as what the fuel cell version gives up. The Clarity Electric offers 14.2 cubic feet of cargo. While the rear seats fold, the pass-through from the trunk is small.

WINNER: Honda Clarity Plug-in Hybrid The passenger space and creature comforts of the three models are virtually identical. So that’s a tie. The battle here is based strictly on the tape measure. The Plug-in Hybrid doesn’t make any compromises in trunk space. The other two, to varying degrees, give up room for their electric powertrains. 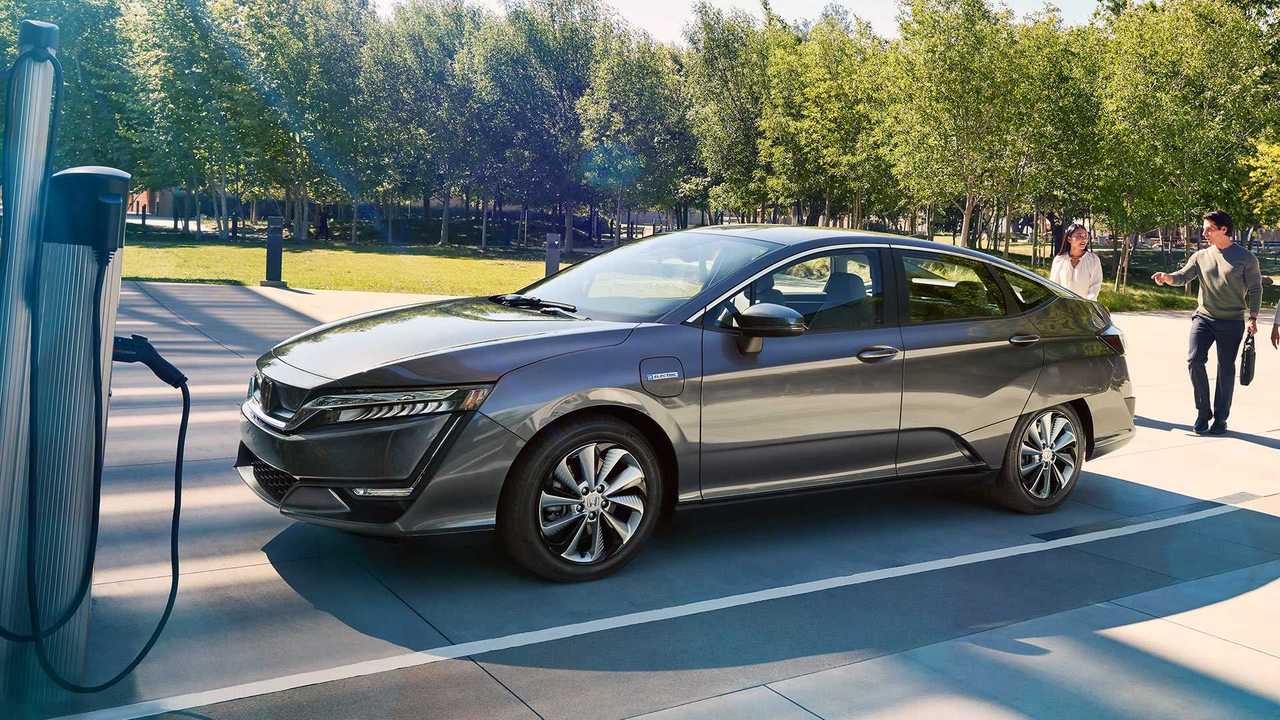 The Clarity Electric is available for $199 a month in a three-year lease.

Clarity Fuel Cell: The hydrogen-powered Clarity is available only for lease in about a dozen dealerships in California. With $2,868 due at signing, the 36-month lease costs $369 per month. The lease price factors in the federal incentive. California residents might also qualify for a $5,000 rebate. The Clarity Electric comes with all the features of the Plug-In Hybrid Touring. Considering the current high cost of hydrogen, Honda bundles a three-year Clarity lease with fuel cards worth about $15,000. Free fuel for three years is a great perk.

WINNER: Honda Clarity Electric An EV with 89 miles of range might not work for everybody, but it’s hard to beat the value of a $199 lease, especially for California residents who receive a check for $2,500 – enough to cover the first year of payments. 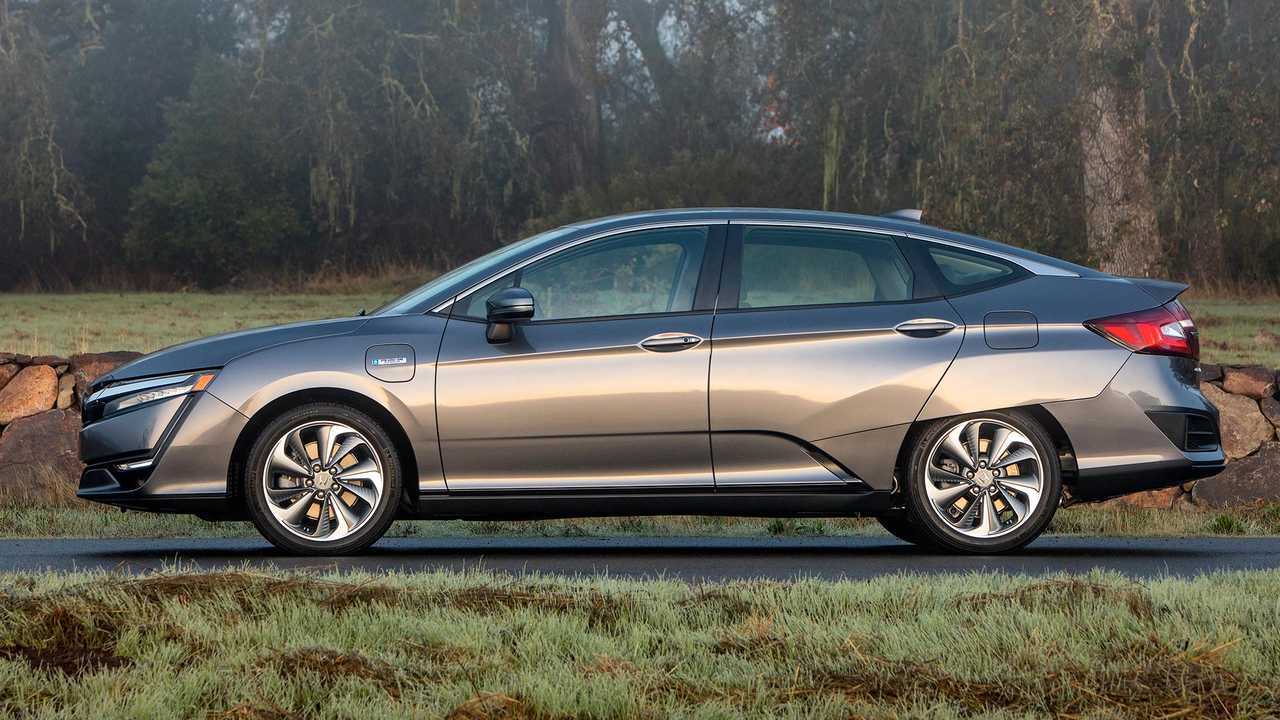 The plug-in hybrid version of the Clarity rises above the pack.

Where does that leave the Clarity Electric? A mid-size all-electric sedan is needed in the marketplace, but 89 miles of range doesn’t cut it. We look forward to Honda going back to the drawing board to produce a battery-electric model with at least 200 miles of range.