Consumers in the market for a crossover have a lot of different options. That includes just how heavily they want to lean on electricity as a fuel source. In this unique comparison, Autoexpress takes a look a hybrid, a plug-in hybrid, and an all-electric. Represented here by the Toyota C-HR, the Mitsubishi Outlander PHEV, and the Hyundai Kona Electric, we imagine our regular readers would naturally prefer the latter. Still, it's good to know the strengths and weaknesses of each.

More about a couple of these competitors 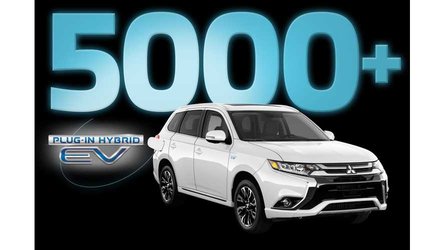 Unfortunately, the Toyota C-HR hybrid is not coming to the U.S., but much of the findings are still relevant. It is the least expensive of the three in up-front costs at 26,665 British pounds ($33,688). It does offer the best handling of the group as well. However, the drive train doesn't really have the gusto to go along with that verve. Here are their words describing it:

The engine sounds coarse and feels wheezy, as its performance figures here show. The C-HR took 14.1 seconds to accelerate from 0-60mph, while its 14.6-second 30 to 70mph time was some way behind the 8.3 and 7.9 seconds we recorded in the Kona and Outlander respectively.

The Mitsubishi Outlander PHEV is the largest of the trio. A strong seller in the UK, the publication is impressed with the improvement in its ride quality for 2019. Not perfect, by any means, but improved. Overall, though, they say it "didn't feel especially good to drive." It was sluggish compared to the Kona Electric. They did find it a practical vehicle, however, though price-wise it is handily the most expensive of the three at 35,900 British pounds ($49,889). It still managed to get a higher rating than the Toyota.

The Hyundai Kona Electric tested here was the 39-kWh version that's not coming to the U.S. These shores will only see the 64-kWh variant. Slower than its big-battery sibling, it still had enough gumption to beat out the other two vehicles here. It cruises from a standstill to 60 miles an hour in 8.6 seconds. It got off the line especially well and still had enough zip, they say, for passing at highway speeds. Handling wasn't as crisp as in the Toyota, but they did found the ride to be quite comfortable and refined. As for price, it starts at 28,720 British pounds ($36,654), which isn't far off from the Toyota C-HR hybrid.

In its final verdict, AutoExpress rates the Hyundai Kona Electric as the best of the trio. The quiet provided by an electric motor, along with good road noise suppression made the ride more relaxing and enjoyable, they say. Also mentioned are fuel savings. Petrol prices in the UK are higher than the U.S., so that's an important consideration. Chalk up one more win for all-electric.