Ahead of its public debut at the LA Auto Show, some reviewers were already able to check out the Subaru Crosstrek Hybrid.

The plug-in hybrid version of Subaru's third most popular model could be intriguing for those interested in improving efficiency during the daily commute, while maintaining all-wheel-drive capability for off-road driving on the weekend.

The PHEV is one second quicker than the conventional version (0-60 mph in around 9 seconds), but the battery pack supplied by Toyota compromises the cargo area. 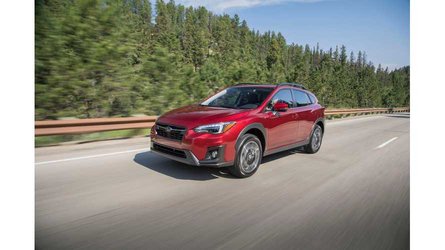 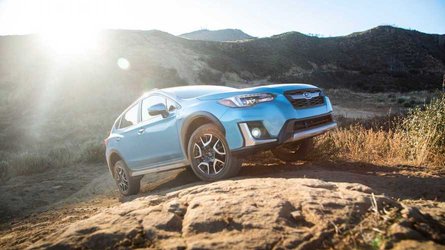 "The 2019 Crosstrek is Subaru's second ever hybrid and it is a light-year beyond their last attempt. For the new model Subaru borrowed some Toyota tech, mixed it with their in-house developed AWD system and poured the mixture into their popular Crosstrek crossover. With 17 miles of EV range and by 35 MPG in hybrid mode the new Crosstrek PHEV is the most efficient Subaru and the most efficient plug-in hybrid with a true mechanical AWD system. Unlike the eAWD systems we see in the competition, the Subaru system has the exact same off-road capability as the non-hybrid model, and thanks to the borrowed Toyota parts, I suspect it should also be more reliable than the regular CVT-equipped models. While some may be disappointed with the range, this is exactly the model many Subaru fans have been waiting for."

"The 2019 Subaru Crosstrek Hybrid is Subaru's first Plug-In Electric Hybrid. Featuring dual gas and electric Symmetrical All-Wheel Drive and advanced EyeSight Safety tech, is this PHEV version as good as the standard Crosstrek? Is it better? Ryan travels to California to find out, joining him is Sofyan Bey from Redline Reviews."