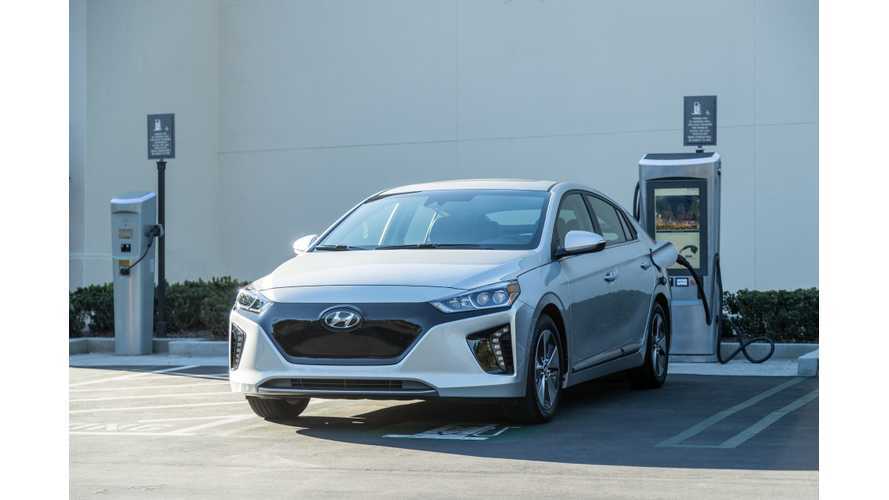 A battle between two of the cheaper electric vehicles money can buy today.

Don't let the subtitle confuse you. Both the Nissan LEAF and the Hyundai Ioniq are stellar vehicles. But, in ICE (Internal Combustion Engine) powered vehicle terms, they are not that cheap as both come with around a $30,000 starting price tag. But, even with that price tag, for many owners and reviewers, these two are quite a revelation.

More from Nissan and Hyundai

The Nissan LEAF is highly refreshed when compared to the previous model. It's a huge step in both design and features, as it comes with some pretty impressively upgraded traits. The Hyundai IONIQ, on the other hand, is a vehicle that leads the way in terms of cost and efficiency. After all, it is the most efficient EV in 2018 - as confirmed by an EPA reported power usage of just 25 kWh of electricity per 100 miles, enough to beat the BMW i3, Chevrolet Bolt, and the Volkswagen e-Golf.

Nissan and Sibeg partner to develop a new electric ecosystem with 110 Nissan LEAFs in Sicily, Italy

The Nissan LEAF comes equipped with a 110 kW AC synchronous electric motor, producing 147 horsepower. It comes with a 40 kWh battery pack, giving it an estimated range of 151 miles and an EPA estimated 125/100 MPGe in city and highway driving. Quite a lot more than that offered by the Kia Soul EV or the VW e-Golf - considering the LEAF's lower price tag. Before federal tax credits, the LEAF S starts at $29,990 and comes equipped with the Nissan e-Pedal, 7” information display, and automatic temperature control.

The Hyundai Ioniq Electric is the most efficient electric vehicle money can buy. It also comes with one of the most affordable price tags in the EV world: you can get one with a base price of $29,500 before federal tax credits. For that amount of money, you get a vehicle powered by a permanent-magnet synchronous motor that produces 118 horsepower, thanks to a 28 kWh lithium-ion polymer battery for an EPA estimated range of 124 miles and 136 MPGe. The base model is well equipped, right from the factory: automatic headlights, a set of a LED running lights and taillights, a tilt-and-telescoping leather-wrapped steering wheel, Bluetooth, and a 7-inch central display with Apple CarPlay and Android Auto.

No wonder the crew at Slashgear had fun reviewing these two vehicles. A complete head-to-head review can be found right here. And we must warn you, these two make for a rather thrilling argument for a small, battery-powered, all-electric city car. With more models arriving in the segment almost every month, these two will soon be facing some rather stiff competition. However, right now, for $30,000, there's not a lot of fully electric vehicles that can touch either of these two cars.