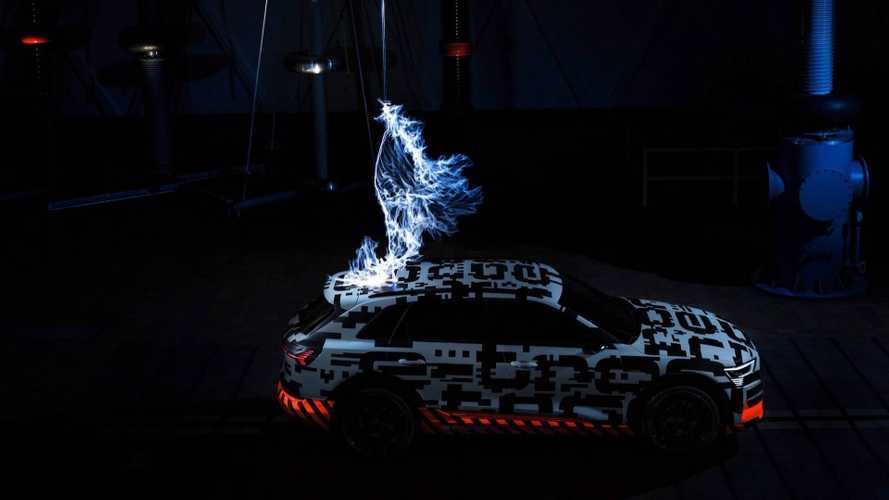 The Germans are coming.

In recent years, many have already written the epitaph for the German car industry on several; occasions. They are slow to move. They will lag behind. Tesla is killing them. The Chinese are coming. We will see (input any German car maker here) go the way of Nokia after Apple released the iPhone. However, nothing of that kind has happened. Yet. And the German automakers seem fully aware of the problems ahead.

More from the big German Three

Production Mercedes-Benz EQC Spotted Out In The Wild: Video

Even Volkswagen, hit hard by the dieselgate scandal and the fines imposed by the U.S federal government, is now at work in bringing over a dozen fully electrified models in the coming years. However, the most game-ready models that are slated to hit the market in the following year or two come from Audi, Mercedes-Benz, and BMW. While the latter actually produces a fully battery-powered vehicle - the BMW i3 - it's gearing up towards several fully electric models in the city car, sedan and crossover ranges.

While many will not agree and call this excuse making for the German automotive industry, there's a reason these guys are taking it slow. Unlike Tesla, which entered the market with a clean-slate design, targeting buyers that were early adopters in tech that was both appealing & scary at the same time, for the Germans, the business model is quite different.

With so many models, markets and production facilities geared up towards ICE (Internal Combustion Engine) production, the transition to new and cleaner technologies takes time. But, judging by how fast the ball is starting to roll, we envision Tesla coming face-to-face with some rather stiff & aggressive competition in the following years.

For these German automakers, there are three distinct models, seemingly in the same SUV/Crossover model range that the companies are set to use when entering the EV market. For Audi, it's the e-tron. For Mercedes-Benz, the EQC. For BMW, however, a conceptual iNEXT Crossover that fits right in the middle of their (current) model range. Even though the iNEXT looks radical and many of its design aspects won't see the light of day production-wise, the size, some design cues, tech and price range, all fit well into the same category as the other two.

The BMW Vision iNEXT Concept represents just one of the building blocks to BMW’s EV future. It's a vehicle that caters to the whole "Ultimate Driving Machine" world, where the Bavarian company doesn't just build cars, they build machines that are meant for driving. But, in recent years, what it means to drive has changed quite a lot. The advent of autonomous driving, perspective on mobility and the way we use our vehicles is changing. Fast. Hence, the iNEXT represents a vision for the future by the German car maker.

For BMW, the entire idea behind the BMW Vision iNEXT is to produce a vehicle that sports highly advanced autonomous driving systems, but can also be driven by the driver if needed. With a crossover body style, the vehicle comes with an interesting look and a fetching "trailblazer" vibe. BMW is set to reveal a series-production car in 2021, slated to be heavily based on the themes and designs seen in the Vision Concept vehicles. Hopefully, something that looks good, drives better and affords a range of at least 300 miles (482 kilometers) could be expected.

While the BMW presented a conceptual electric vehicle, for Mercedes-Benz and Audi, progress is further along. Both companies revealed production vehicles, with Audi slated to provide the full technical specifications on their Audi e-tron production vehicle later today.

The Mercedes-Benz EQC 400 4MATIC was revealed in August. The vehicle comes equipped with the latest generation of a lithium-ion (Li-Ion) battery serving as the energy source for both electric motors. According to the carmaker, the EQC should attain a 450-km NEDC figure (approximately 279 miles). The official U.S. range will be communicated closer to market launch. For the powertrain, Mercedes-Benz decided to go with two asynchronous motors – one for the front axle and one for the rear axle. System output of the all-wheel-drive EQC stands at 300 kW and 564 lb-ft (765 Nm). Acceleration from 0 to 60 mph (almost 100 km/h) will be possible in 4.9 seconds.

Add the rather impressive looks, and the EQC makes for a highly powerful argument for a brand new all-electric vehicle. For a vehicle to kick-off the German automaker’s plans to invest more than $12 billion into fully-electric vehicles, the EQC doesn't sound too shabby at all.

For Audi, the e-tron marks their entry into the mainstream EV world. Featuring the same two-motor layout as the Mercedes-Benz EQC, the vehicle features a 95 kWh battery, a WLTP range of 249 miles (473 kilometers) and can sprint from 0-60 (0-97km/h) in 5.9 seconds.

For the Audi e-tron and the Mercedes-Benz EQC, the similar looks to the comparable already-in-production ICE (Internal Combustion Engine) models are what many envision as the car's biggest selling point. After all, both companies have a drastically different customer base than that of Tesla.

With both slated to arrive on the world's roads in mere months, we're a short time away from seeing how the Germans fare up against the new kids on the block. With more than 40+ all-electric models slated to be revealed by the Big German Three in the forthcoming years, we're definitely witnessing some rather interesting times for the car industry.

And as Tesla's CEO Elon Musk has often hinted at in the past, competition in the EV space is welcomed and it serves the purpose of driving the entire electric segment to new heights. So, bring it on.