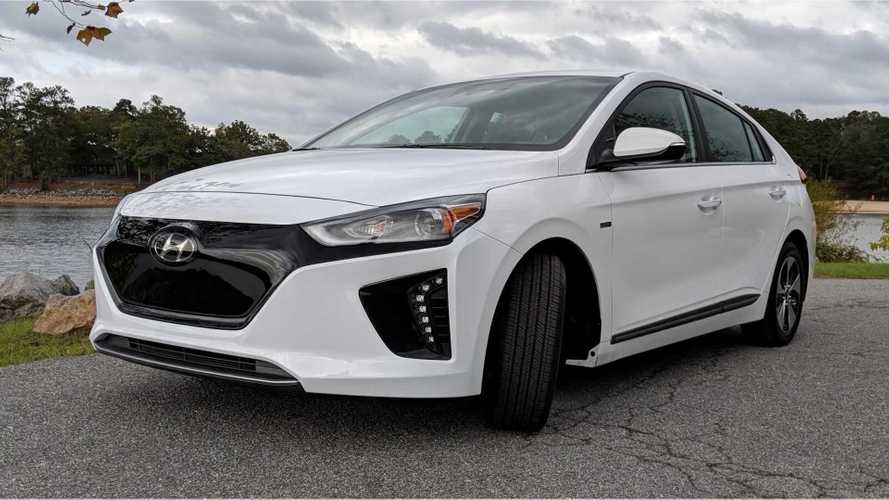 Hyundai and Kia first drives stream in and the consensus is these EVs feel "normal" and "conventional," in a positive way.

With all eyes on the Hyundai Kona EV at the moment, it could be easy to overlook Hyundai’s other electric offering, the Ioniq Electric. That would be a mistake because this car has a lot to offer. And, the entire Ioniq line-up has a particularly important task, that being to take on the Prius. To show just how serious Hyundai is about dethroning Toyota’s efficiency mainstay, they match the hybrid and plug-in hybrid models but go one further by offering a fully electric version - something that Toyota has yet to do.

I hadn’t driven an Ioniq since the initial release a year and a half ago. Those vehicles were all pre-production examples so, with the forthcoming release of the Kona, it seemed like a good time to reacquaint myself with the electric version of the Ioniq. Hyundai was kind enough to pony-up an example decked out in Limited trim. So, what’s it like? Here are a few takeaways.

What do you get?

As it stands now, the Ioniq Electric comes equipped with an 88 kW drivetrain (118HP) that draws energy from a 28 kWh, 360V Lithium-Ion polymer battery. That’s fed by a 6.6 kW onboard charger along with CCS quick charging. All told, this all translates to an EPA rated 124-mile range. MPGe is 150 city, 122 highway with a combined 136. This makes the Ioniq the most efficient EV sold in the US.

What’s also of particular interest is that battery is offered with a Lifetime Electric Battery Warranty. That states that “if the lithium-ion polymer battery fails, Hyundai will replace the battery and cover recycling costs for the old battery free of charge to the original owner.”

Now a first glance, aside from efficiency, none of these numbers really push the EV envelope. But, that’s not the mission here. That mission is to be one part compliance car and one part commuter/city car. And, in my week with the car, I can report that the results are a compelling and useful car that can serve as a daily driver and, given the appropriate charger infrastructure, useful for longer trips as well.

Yes, the battery is only 28 kWh but, where other EVs tend to gulp electricity, the Ioniq sips. Driving in Eco mode in town without climate control, it’s fiendishly easy (okay, for a hypermiler) to achieve 7 miles per kWh and even at highway speeds, seeing numbers in the 5.5 range isn’t unusual. This drivetrain is remarkably efficient and that allows the Ioniq to achieve range numbers that are comparable to cars with larger batteries.

The drivetrain is well developed and smooth and, like most EVs, it’s pretty spritely. There are three driving modes; Eco, Normal, and Sport. Each of these modes is served up by varying the throttle response and that provides a noticeable distinction from one another. Each also gets its own version of the speedometer which caters to the mission of the drive mode. Those come served up on a 7-inch LCD instrument cluster that also integrates a 4.2-inch LCD trip computer.

Adjustable regen is handled via steering wheel paddles and can be completely turned off or set to one of three modes. In the most powerful setting, one pedal driving is almost possible. It’s almost possible because, once the speed drops to around 10 mph, the regen diminishes noticeably. At speeds greater than 10 mph and in either of the two most powerful modes of regen, the brake lights operate simply by lifting the foot off the accelerator but turn off once speed drops to 10 mph.

Interestingly, the Ioniq defaults to low-speed creeping which is really nice in traffic. That can be turned off as well. Speaking of defaults, each drive mode has a default regen setting so if there’s a preference beyond that setting, it has to be reselected each time the car is started. It’s not the worst thing with which to contend, but it would be nice to be able to set it and forget it.

So, what does all of this get you? Well, it gets you a very serene and very normal driving experience. There’s a low-speed hum that dissipates as speed increases but, overall, it’s easy to forget that you’re driving an EV. The handling is neutral and there’s practically no torque-steer evident. In short, there’s nothing that disrupts the serenity of the driving experience.

With a 6.6 kW onboard charger, a full charge can be had in 4 hours. At an Electrify America installation using their CCS plug, I saw a peak of 68 kW during which the battery went from 45% state of charge to 83% in twelve minutes. That’s pretty impressive.

For every time someone has said to me “Why do electric cars have to look so weird?” and my only response was “Well, there’s the Focus Electric”, I’m glad to say that, in my week with the car, only one person identified it as electric - and that’s because she saw the Electric badge on the tailgate. That’s one of two things on the exterior of the car that gives it away as an EV. The other is a very attractive black gloss insert that replaces the grill on the internal combustion engine equipped Ioniq models. Other than that, it could be any Ioniq. That being said, the design is tidy and well proportioned without any of the busy lines and awkward shapes that make the Prius so polarizing. There’s nothing visually stunning or jarring. It’s just a very handsome four-door hatchback.

What you get in the interior is a very handsome and traditional dash. There’s no constant reminder that you’re in an EV like there is in a Leaf or a Bolt and practically nothing stands out as gimmicky. The dash is immediately recognizable and understandable - especially if you’re familiar with Hyundai or Kia products. The only thing that could come close to being described as gimmicky would be the shift mechanism. That’s handled via four buttons where the standard shifter sits in the hybrid and plug-in hybrid models. But, even that becomes familiar very quickly and feels normal.

Seating is particularly good and even the back seat offers comfortable accommodations for two and three in a pinch. The back seats fold down to provide a level load floor and the lift over in the hatch in minimal. In Limited trim, the seating surfaces are leather and the front seats are heated with the driver’s seat having power adjustment, a memory, and an exit feature.

Okay, this car has a battery that falls to the smaller side, but the range is pretty good because of the sheer efficiency of the drivetrain. The Honda Clarity has almost as big a battery but can only muster an 89 mile EPA rating. With the speed of CCS charging and the increasing number of chargers available, I wouldn’t hesitate to take this car on a 250-mile trip - maybe even further. It feels like a really good balance of efficiency and battery size. Combine a price of $36,885 for the top of the line Limited trim and the $7500 tax credit and this car falls readily into the affordable range. And, with the excellent battery warranty, one begins to see that there’s real value here.

What you get in the Ioniq Electric is a car that feels like a normal car. It’s easy to forget you’re driving an EV. From the appearance to the easy to figure out controls, everything is normal and there’s a comfort in that because, as we move further away from the early adopter mentality, there needs to be something that resonates with car buyers who just want to get around and don’t care about making a statement at every stoplight. This, my friends, is their car. And that is what will keep the Ioniq relevant.