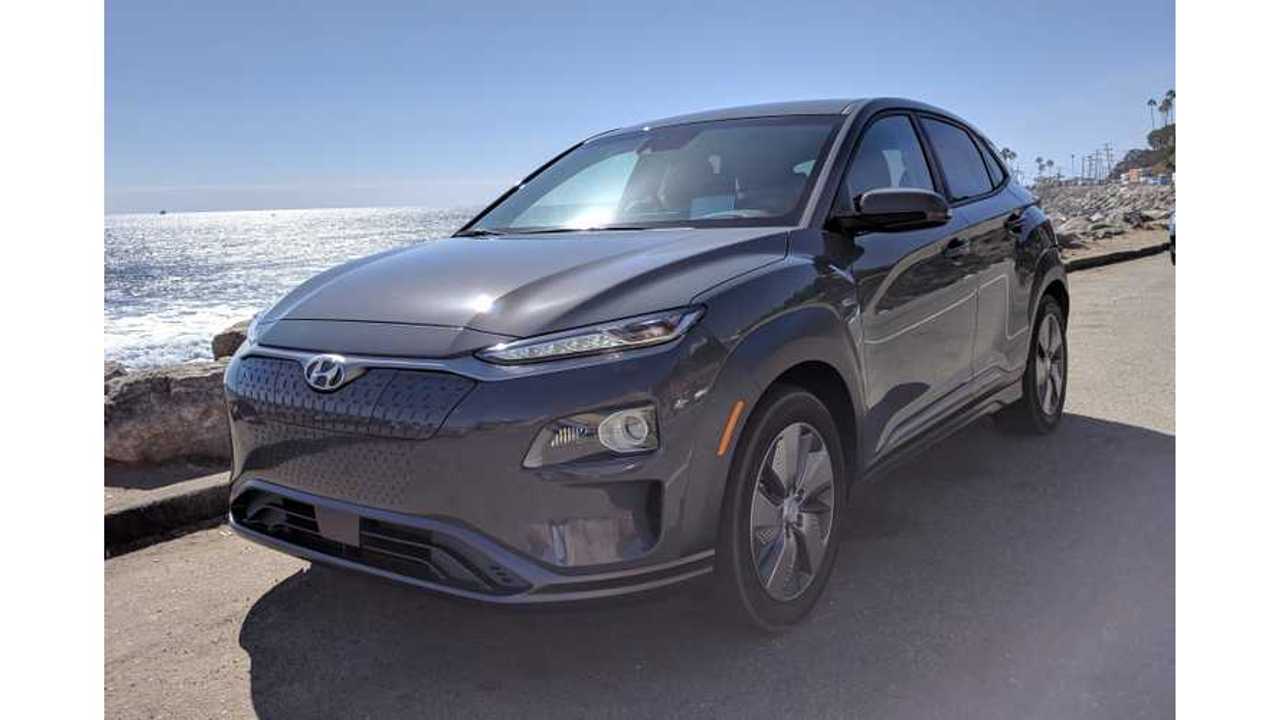 Calling an EV a "compliance car" is largely considered an insult.

It usually means the manufacturer didn't really want to build and sell an EV but they had to in order to comply with the California Air Resources Board's requirements for zero-emission vehicles.

In such situations, the manufacturer slapped an electric powertrain into an ICE platform, and usually made the minimum required, selling them only in California, or in some cases expanding sales to the other nine "CARB states." In most of these cases, the cars were full of compromises, had short ranges, rarely had DC Fast charge availability, and the OEMs had to subsidize the cost greatly, just to get them in consumers' hands.  So why did I leave last week's Hyundai Kona Electric press drive with that compliance car feeling in my gut?

Well, it wasn't because of compromises. The Kona Electric didn't have some of its cargo space intruded upon by a bulging battery, as some compliance EVs have had. Hat tip to Hyundai engineers for re-engineering the existing ICE platform of the Kona, and getting a 64 kWh battery in there without any visual compromises. They accomplished this by reinforcing the floorpan frame rails with an internal aluminum grid structure that provides more strength, allowing for a large battery pack to be located under the passenger compartment, like a true skateboard-designed EV.

The Kona Electric interior received high grades. The seating is comfortable, the instrumentation is well positioned and outward visibility is good.

As for the range, there's nothing compliance about a 258-mile EPA rating. In fact, it's the new electric range leader for all EVs not named Tesla. My time with the Kona definitely reinforced the range capabilities. The press drive was set up in two sections, because we were driving both the Kona Electric and the new Hyundai Nexo fuel cell. Two journalists would take a car (either the Kona or the Nexo) on a ~40-mile drive to where we met for lunch, and for the return trip they would take the other vehicle.

My team took the Nexo on the first leg of the day, and the Kona on the return trip. The total miles driven for the day in our Kona was 85, and the remaining range was stated at 190; that well exceeds the EPA rating. With how hard we drove the vehicle for our time in it, I was surprised that we still showed a total range of 275 miles. The weather was warm and we had the air conditioning on the entire time. During our ride we drove the Kona hard, frequently mashing the accelerator all of the way to get a good feeling for the acceleration which is very good. Hyundai claims a 0-60 time of 7.6 seconds for the Kona Electric, and I'm pretty certain that independent testing will find it's actually quicker than that.

The Kona Electric has a 7.2 kW onboard charger and can (CCS) DC Fast charge up to 75 kW.

All trim levels of the Kona Electric will come standard with DC Fast charging (CCS), capable of accepting 75 kW of power. This will allow it to recharge to 80% in 54 minutes, returning roughly 210 miles of range in under an hour. Again, better than any currently-offered EV that doesn't come from Fremont. Another sign that this isn't just another compliance car.

The base SE has cloth upholstery, a six-way power driver's seat, heated front seats and a 7-inch touchscreen. The Limited adds leather seating, a sunroof, rain-sensing wipers, turn signals in the side mirrors, LED headlights with High Beam assist, wireless phone charging and the Infinity premium audio system. The top of the line Ultimate trim adds the 8-inch touchscreen with built-in nav, ventilated front seats (which I really liked), Park Distance Warning, and a Heads-Up display and stop-and-go functionality for the adaptive cruise control system.

Hyundai has not yet announced pricing, but we were told it was coming very soon.

Video description: The Kona Electric Heads-Up display screen retracts with the push of a button.

So if all of this is true then it can't be a compliance car, right? Well, I'm not too sure about that. It's true that the Kona Electric a really nice overall package. There aren't any compromises in the design, it has excellent electric range and it's DC-Fast charging capable. It's also powerful yet pretty efficient, the 201 hp electric motor delivers 291 lb-ft of torque and still manages an MPGe rating of 120 combined highway and city with a consumption rating of 28 kWh per 100 miles.

Now for the bad news. The 2019 Hyundai Kona EV will launch in California only, and at some point months later, become available in the other nine CARB ZEV states. (Connecticut, Maine, Maryland, Massachusetts, New Jersey, New York, Oregon, Rhode Island, and Vermont). I was told by Hyundai representatives that there's no guarantee they will offer the Kona EV outside of the ZEV states at any point, and that even if they do the dealers in those states likely won't stock them. However, if a customer in a non-ZEV state wants one, they can special order it from a Hyundai dealer, but they'd need to do so without seeing or test driving it.

Also, I was able to squeeze some exclusive news for InsideEVs from Hyundai senior Manager of eco and performance powertrains, Jerome Gregeois. Gregeois told me that the Hyundai Kona Electrics sent to North America WILL NOT have active battery heating, unlike the cars going to European countries. Instead, they will only have thermal management with active battery cooling, but not heating. That's a pretty significant sign to me that Hyundai isn't serious about selling the Kona electric in the Northern states or Canada, where battery pre-conditioning in the winter months is very important.

So, there's the initial launch in January 2019 in California only, followed at some unspecified point by the other CARB ZEV states, with no clear plan to expand sales beyond those states. With these distribution plans, Hyundai USA clearly isn't expecting to get a lot of Kona Electrics from the mothership. Add to that the fact that Hyundai is eliminating active battery heating from the Kona Electric for North America, (to save money, I suppose) and I can't help but get that compliance car feeling in my gut.

And that's too bad. I like the Kona Electric. Correction, I really like the Kona Electric. So much so that I previously cancelled my Tesla Model 3 reservation and had intended on getting one once they became available in New Jersey. Going on the press drive had two purposes for me. First, of course, to report back here on my initial impressions and secondly, to get a pre-launch test drive and confirm my interest in buying one.

However, the apparent lack of availability, combined with the deletion of battery heating for the US market leaves me a little unsure if a Kona Electric will find its way onto our garage.