Automobile Magazine Thunderdome: Two Chevys enter; both Chevys leave with high marks. But one gets the bigger nod. 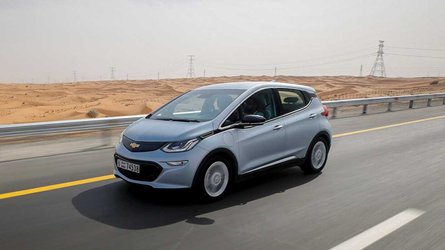 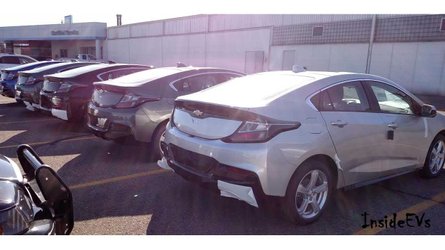 First, he took the reins of a Chevy Bolt sporting the new Slate Gray Metallic paint. He took the cars on a mixture of curved highways and country roads in the area around Burlington, Vermont.

My tester handled the route with hot hatch-baiting poise.

The Bolt EV leaps off the line and torches its front tires if the operator isn’t wary of the substantial 266 lb-ft of torque available from a standstill.

The 200-hp performed well when passing on the two-lane roads. The high regenerative braking and regen paddle and 238 miles of range made for a low-stress driving experience. In a differing opinion from many recent reviewers, Rehbock had no issue with the front or back seats.

The Bolt, with its slim yet supportive seats, even impressed me as a back-seat passenger with its generous leg room.

On the refreshed Chevy Volt, the reviewer felt that the plug-in hybrid had a lot of good qualities as well. Acceleration isn't as sporty as the Bolt, but there is enough power to offer the occasionally exciting driving experience. Steering and handling have also improved since the last time he took a Volt for a spin.

The Volt interior was sculpted well and the material quality was high, but he did not like the mismatch between materials used on the door sills and the dash. Like a lot of reviewers, Automotive Magazine finds the low-rolling resistance tires on these cars aren't ideal. Both cars offered a nice, quiet ride on electric power. Rehbock blew through the 53 miles of electric range quite quickly with his somewhat aggressive driving, however.

So both cars impressed overall. For those that look down upon electric vehicles, Rehbock wants to set the record straight:

Sometimes, folks seem to knock some of the more mundane electric cars for not being the best fit for our #noboringcars mantra.

As far as my #noboringcars assessment went, this dynamic duo had enough driving chops and techie gadgets to pass the test.

But which one came away as the reviewers favorite? Check out the full article below.