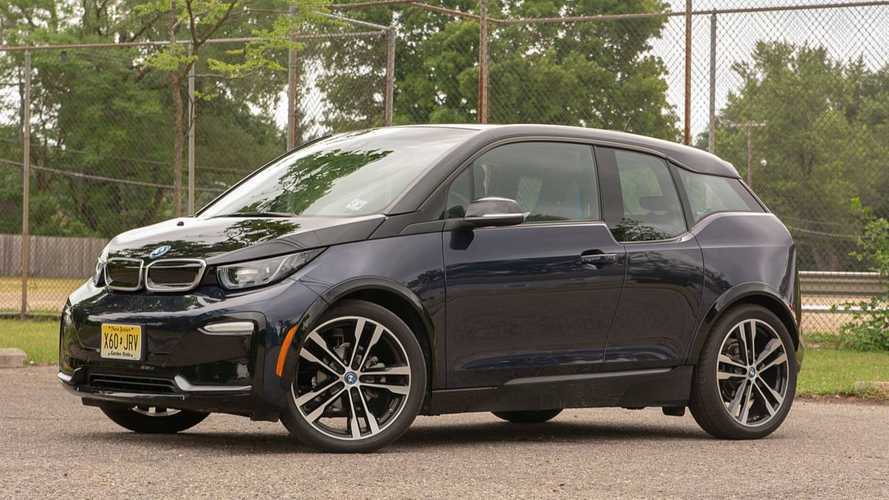 More power brings a dose of pep to this all-electric lifestyle vehicle, but it’s no match for newer competition.

Modern electric vehicles are increasing their driving range and decreasing their visual shoutiness. We’re long past the stage where EVs need wild and crazy sheet metal to attract customers. But don’t tell BMW that. Its i3 gets a new trim level for 2018, which adds (even more) visual flair and additional driving range, although not enough to hold a candle to the distances the Chevrolet Bolt EV and the Nissan Leaf can travel on a single charge.

While it can’t match its newer competition in terms of sheer distance, the new i3s is easily the vehicle to get if you want usable electrification and space in a vehicle that constantly shouts about its ability to drive silently.

Lifestyle vehicles are not usually affordable, and the i3s is no exception. Prices start at $47,650 – $3,200 more than the standard i3 – for an example like this, which includes the no-cost Deka World trim. Three additional trim levels add between $1,400 and $2,600 to the bill, but they’re little more than aesthetic packages, and buyers would be wise to save some coin by sticking to the base i3s Deka World..

Add the $995 destination charge, and the tester rings up at $53,045. That’s quite a lot of money for a vehicle that’s outdistanced by much cheaper, newer EVs, like the Chevrolet Bolt EV and the Nissan Leaf. Even with the $7,500 federal income-tax credit, the i3s costs an awful lot for any four-wheeled fashion statement.

It’s very easy to slag on electric vehicles for being weird just for the sake of it, but the i3 pulls off its polarizing styling well. It’s the most forward-thinking BMW design in years, and I’m pleased to see product planners running with it. The i3’s mix of two- and three-tone features manage to highlight the exterior design’s shapely surface details without distracting from the vehicle’s two-box shape.

The i3’s take on BMW’s traditional kidney grilles is perhaps the best take on a thing EVs don’t even really need. It’s clean and minimal, and while the headlights harken back to a BMW design language that’s fallen by the wayside. I dig their small and simple shape. Ditto for the taillights in back, which are actually set into the rear hatch. It creates a very clean rear-end design that looks futuristic even years after the i3 first debuted.

Less successful is the schizophrenic beltline, which has enough peaks and valleys to qualify as an Alp. BMW pulls off the floating roof well, which is more than I can say for some other vehicles wearing the trendy design – the clear delineation provided by the greenhouse between body color and black makes all the difference.

Goodness gracious, there’s a lot going on here and it’s almost all good. The i3s has an interior that borders on being a concept car. Exposed surfaces of carbon-fiber-reinforced plastic on the doors and earthy materials on the brutally simplistic dash lend an airiness that makes for a relaxed driving experience.

That airiness also contributes to the sense of space in the cabin. In front, there’s ample head and legroom, while the high seating position makes it easy to forget you’re driving an all-electric hatchback. The seats themselves are quite comfortable, and provide plentiful support. The cushioning is soft, and while the i3’s limited driving range prevented it, I’d have no issues spending many hours sitting in the high-quality fabric chairs. The same can’t be said of the rear seats, which are best reserved for those of smaller stature.

While it’s not obvious from its footprint, the i3s has ample cargo space. I picked it up from the airport after spending nine days in Romania and at the Goodwood Festival of Speed, nervous about its ability to handle my huge (29 inch x 20.5 inch x 12.5 inch) Away suitcase. My concern was unfounded – the i3s swallowed the colossal cargo with – a smidge of – room to spare. That said, the BMW hatchback’s tall rear-liftover height and relatively small hatch opening made it a hassle to load the nearly 50-pound case.

As an electric car from a premium automaker, it’s little surprise that the i3 earned excellent marks for noise, vibration, and harshness. This is a quiet, composed car. Even at highway speeds, the i3’s relatively brick-like shape (the i3s has a chunky 0.32 coefficient of drag) and super-skinny tires (155/70/20s in front and 175/60/20s in back) don’t disrupt the in-cabin experience

While the i3 had BMW’s most advanced tech when it first came out, other models have surpassed it on that front. The iDrive infotainment system is still good, but it’s at least a generation behind what BMW is stuffing into the center stack of its latest cars and crossover SUVs. That said, this is still iDrive, which means it’s one of the best infotainment systems in the business. Quick to respond and easy to figure out by working the large dial and analog buttons, iDrive remains one of the most ergonomically robust infotainment system’s to live with on a daily basis, even if it lacks some of the whiz-bang features found in competing products.

In a move becoming increasingly common with BMW, adding Apple CarPlay to this all-electric Ultimate Driving Machine requires $300. Android Auto simply isn’t available. I do wish BMW would get with the program, both by making CarPlay a no-cost feature and adding Android compatibility.

Assessing electric car performance is a funny thing. In some important ways, the i3s is more entertaining than even a gas-powered performance car, owing to the ample amount of immediately available torque that allows the BMW to scoot off the line with ease. The German battery electric vehicle packs 181 horsepower and 199 pound-feet of torque – 11 hp and 15 lb-ft more than the standard i3 – into a sub-3,000-pound car, which affords this little hatch with weight-to-power and weight-to-torque ratios that rival traditional hot hatchbacks. Zero to 60 mph arrives in a reasonable 6.8 seconds, 0.4 seconds faster than the normal i3.

But it’s hilariously easy to overwhelm the rear-wheel-drive i3’s skinny low-rolling-resistance tires. Exceeding the available grip is as simple as nudging the i3s into Sport Mode and mashing the accelerator pedal toward the firewall.

Those tires aren’t exactly conducive to sharp handling, either. Nor does the BMW’s tall, narrow shape help when it comes time to push the i3s to its lateral limits. For such a small car, the little i3s feels tipsy and cumbersome in corners – a shame considering its low curb weight and impressive on-demand torque. The steering is good in the same way that it is with most BMWs, but there’s never the confidence to fully exploit the pleasant weight or surprisingly good degree of feedback.

BMW ekes back some points for the i3’s braking system. While there are conventional friction brakes positioned behind each wheel,the smart play is to engage the Eco Pro mode to enjoy some true one-foot driving courtesy of the car’s regenerative braking system. The regen on offer is so aggressive that I rarely had to go for the primary brake pedal. And unlike early i3 models, when regen braking kicks in, the brake lights do fire up. In other drive modes, the regenerative brakes are activated upon tapping the brake pedal. Push too far into the pedal’s travel, though, and the friction brakes will kick in. The transition between regenerative and friction braking is quite good, and it lacks the grabby-nature of older and less-developed systems found in a number of other electric and gasoline-electric hybrid vehicles.

The i3 may be a small car, but with a super-strong carbon-fiber-reinforced plastic safety structure, it performs admirably in crash testing. The i3 earns top marks in every IIHS crash test. Still, the i3’s array of standard active safety gear is less impressive.

That being said, full-speed adaptive cruise control, forward collision warning, and automatic emergency braking are available as part of the Technology and Driving Assistant Package ($2,500). Meanwhile, front and rear parking sensors are available as a standalone option for $750.

Electric vehicles as a default earn a 10 on the Motor1.com fuel economy scale, since they don’t really use fuel. That said, the i3 does have some issues with its range relative to newer EVs. Even with the i3s’ larger 33.2-kilowatt-hour lithium-ion battery, the German hatch can still only manage a mere 124 miles of driving on a full charge.

That’s certainly usable for everyday tasks – at no point during my testing did I suffer from range anxiety, thanks in large part to a nearby DC fast charger (surprisingly, BMW doesn’t charge extra for this capability in the i3s) – but hovering just north of 100 miles when Chevy and Nissanare pushing past 200 feels rather old fashioned. The available gas-powered range extender increases the i3s’ range to 186 miles, although that requires gasoline, which kind of defeats the point of buying an EV in the first place.

A word about the DC fast charging in the i3s. It’s damn convenient. Jumping from 50 percent to 90 percent took about 20 minutes, although the machine in question wouldn’t cooperate with the car’s ChargePoint membership. Allegedly it was an issue with the particular charger, and not the ChargePoint account that came with my i3s tester. In the event this happens to you, you’ll be forced to pay out of pocket (as I did). Grabbing 40 percent of my battery’s capacity cost $15.