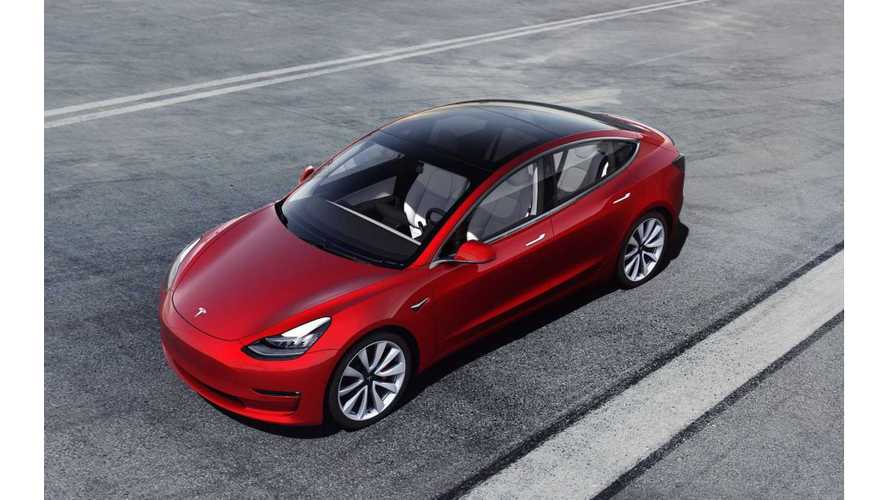 One of the most highly anticipated Car and Driver first drive reviews is in.

Just reading Car and Driver's headline paints a picture of what the Tesla Model 3 Performance is all about. The publication says it "skips Ludicrous Acceleration for Ridiculous Cornering." Let's take a step back here and look in from the outside. As Tesla continues to raise the bar and add achievements to its list, naysayers continue to move the goalposts and complain about what is not up to par, rather than complimenting what the new automaker is doing well. For years, one of the primary complaints is that Tesla vehicles are fast off the line, but can't hold their own on the twisty track. Well, the Tesla Model 3 Performance aimed to change that ... and it seems it has succeeded heartily.

Where did Car and Driver have the incredible opportunity to test out the track-ready Model 3? Laguna Seca, of course. Before we dive in a bit deeper, let's be fair here and list C&D's pros and cons right off the bat.

Seats lack lateral support, not as attractive or luxurious-feeling as some rivals.

The above shouldn't really come as any surprise. The car was specifically designed to finally put Tesla in the realm of track-worthy vehicles. It seems to be intentional that it will compete with (or even upstage) ICE cars like the BMW M3. While the Model 3 Performance is surely not cheap, it's Tesla's first "more affordable" offering. It's categorized as a luxury car, while Tesla refers to its lineup as premium.

Yes, there are many premium aspects, but Tesla must also focus on funneling resources toward batteries and the expensive aspects related to electric-car manufacturing. Should we make another mention of the Chevrolet Bolt's seats? How about the level of luxury of ANY other battery-electric vehicle on the market today? Thankfully, luxury cars like the Jaguar I-Pace are arriving in the space, albeit in small batches initially.

Moving right along, what did Car and Driver have to share after its first drive?

The article goes on to say that the Model 3 Performance may not offer the gut-wrenching acceleration of the Model S, but Tesla has produced a compelling product when it comes to track capability "that may well prove more engaging to the enthusiast." C&D says this is a pretty big deal since ICE supporters like to nail Tesla down for its previous inability to endure in the track situation. The story goes:

EVs, after all, have been capable of startling accelerative feats for a while now. The Model 3 Performance, on the other hand, is the production realization of the promises made by a raft of sporty EV concepts rolled out by mainline automakers over the years, only to be quietly tucked into warehouses after completing the auto show circuit while development money invariably is poured into internal-combustion crossovers.

According to C&D, you'll have to save up about $70,200 to get the car in its most performance-ready configuration. This means checking the box for the Model 3 Performance (which is already $10,000 more than the standard dual-motor all-wheel-drive Model 3) and then adding the $5,000 Performance Upgrades Package. The AWD drive car alone pushes 450 horsepower with its 80.5-kWh battery pack and promises 310 miles of EPA-rated range. Upping your game to the performance model and adding the package gets you a 3.5-second zero-to-60-mph sprint and a top speed of 155 mph.

Then there's Track Mode, which we recently learned only comes with the added package. However, Tesla is working on an aftermarket option. With track mode, C&D explains:

... the first thing you notice when selecting Track mode is that the fans kick on high before you've even started moving, working to rid the electronics and powertrain of as much heat as possible in anticipation of the abuse to come. Tesla's new thermal-management strategy allows the Model 3 Performance to run harder for longer than the company's earlier vehicles.

Turn-in is sharp but not overly aggressive, and rather than coming off as an electric take on the hairy-chested Mercedes-AMG C63 or BMW M3, the Model 3 Performance feels like a normal car that happens to have the chops to keep up with those overtly masculine German sedans.

What we can't tell you at this point is what the Model 3 Performance will do on a real track. But in 40 or 50 minutes of nigh-continuous tomfoolery on the autocross course, the car never cut power, the brakes exhibited zero sign of fade, and the only casualty seemed to be 100 miles of range.

In the end, despite the earlier mixed reviews on the build quality and the struggling launch of the Model 3, C&D says it's a "testament to just what Tesla's engineers are capable of." It's highly capable and the publication's writers and editors can't wait to take it for another, more lengthy spin.

Follow the link below to read the entire first drive review. Then, share your opinions with us in the comments below.