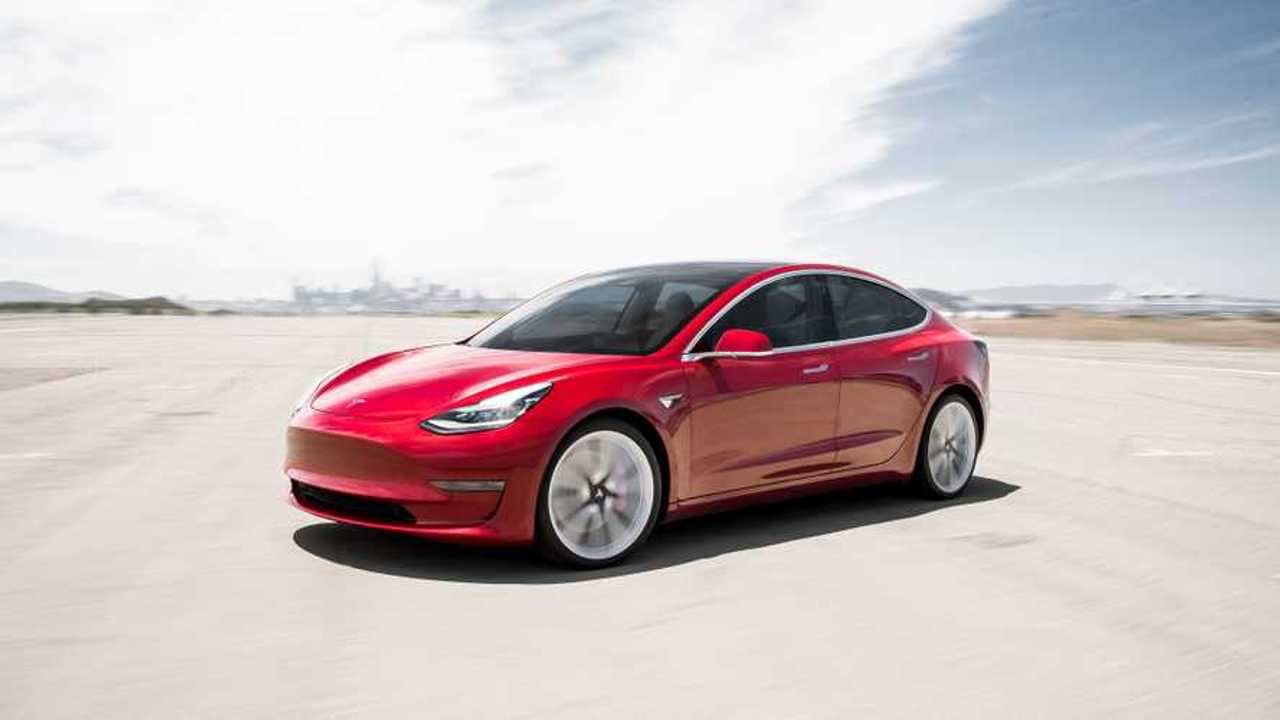 Calls it a rainbow-farting spaceship.

We were wrong. We had thought that Marques Brownlee was the first outside of Tesla staff to get their hands on the Dual Motor Performance version of the Model 3, but a newly published review of the mid-sized sedan appears to prove us wrong.

The resident automotive wordsmith at the Wall Street Journal, Dan Neil, has had the opportunity to  take it for a "leisurely" spin and tour the Fremont factory where it was pieced together.

In his considered opinion the spicy version of Tesla's latest offering is "...magnificent, a little rainbow-farting space ship, so obviously representative of the next step in the history of autos." That's pretty high praise. But noting that it exits corners faster than a BMW M4, "out-punches" a Porsche Boxster, and out-clouds a Rolls-Royce (we admit we're not sure what he's getting at here, since the ride is definitely engineered towards the stiff side). He also lets slip that, despite its glass roof, it has a five-star rollover crash rating. While we can't confirm this is an official rating yet, we do note that it performed quite well in the only actual roll-over accident we are aware of.

While Neil does melodiously sing the car's praises, he also has some criticisms. The A-pillar that no doubt has something to do with its rollover crash performance is too thick for his apex-hunting preferences. The tires on his $78,000 loaner, a set of  Michelin Pilot Sport 4S, aren't as grippy as he'd like. He's also not a fan of how the 15-inch screen breaks up the dash, calling it, "the broken flower pot on Mona Lisa’s head."

One thing he doesn't criticize are the panel gaps, which he says straight and consistent, unlike even the show car that had been on display at the Los Angeles Motor Show. Apparently, some of that those manufacturing problems have been worked out, according to engineers he talked to, though.

Speaking of production, Neil, who has been through many auto manufacturing operations over the years, wasn't especially impressed by the Fremont facility. He calls it "the Kobe beef of lean production," which is to say not especially lean at all. Its lighting leaves something to be desired and parts are piled high. The robots hanging from the ceiling seem to give him pause for safety concerns.

Overall, it's clear that Neil is on the bullish side, and thinks that despite the recent sub-optimal controversy surrounding  CEO Elon Musk, the car is a winner, and one that appears to have improved in a number of ways since it first started being produced.