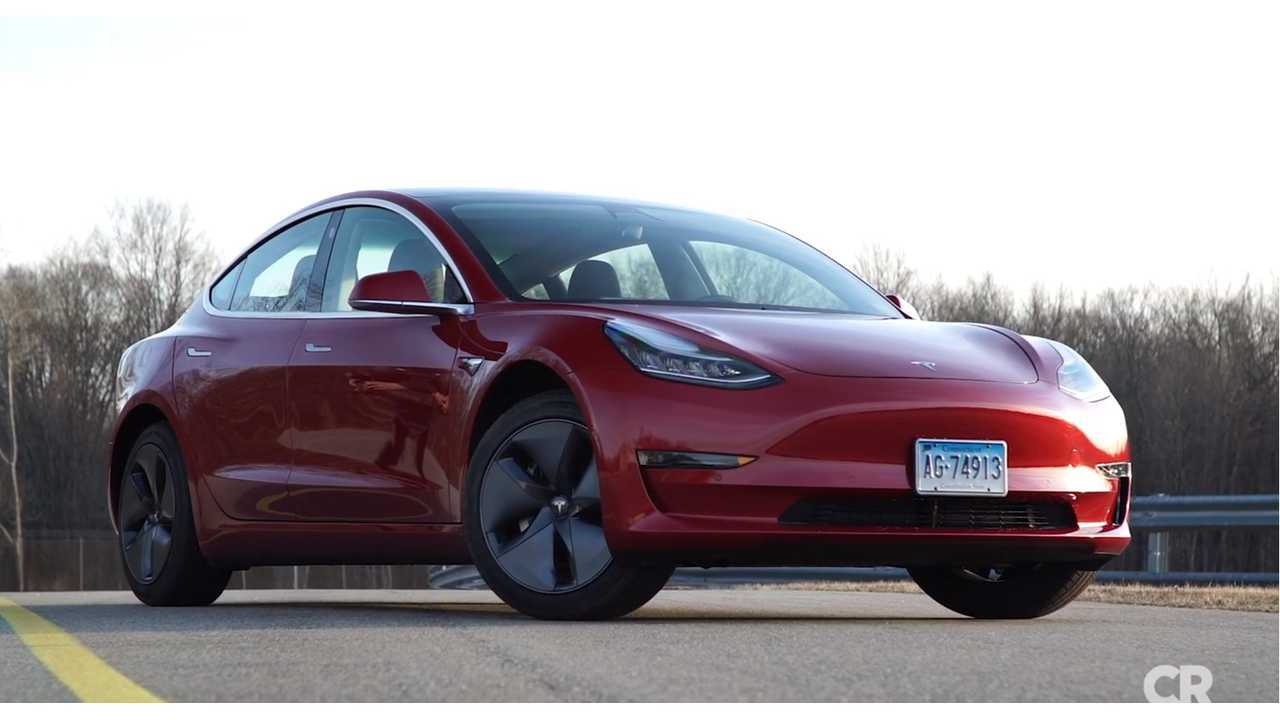 The Tesla Model 3 has been reviewed by any number of publications since it debuted last year and the torrent of accolades that have been poured out in that time that may have washed away some of the more critical voices out there. Consumer Reports, which purchased their own example of the mid-sized sedan and have already issued an initial video review, has not allowed the praise from others to stop them from raising some quibbles and publishing its full review with the somewhat disparaging subtitle "Fully electric but not fully baked."

This newly published review, it has to be said, seems to be a warmed-over version of that initial take. In print form, it starts with the same criticisms as its original video (embedded below) — they knock the suspension, saying it's "overly stiff", call the rear seat uncomfortable, and repeat that the driver controls, located on that single screen mounted to the dash, are distracting." They also bring up the braking issue they had, which Tesla fixed with an over-the-air (OTA) update.

Those issues aside, they appear to really like it, repeating many of the positives they noted in their original review. They say the steering is precise, and it handles like it's glued to the road. The one piece of new information we can see from its extended time with the car is their attempts to test the range. They say that while it is rated to achieve 310 miles on a charge, while "using Tesla’s higher regenerative braking mode" they managed to squeeze out a nice 350 miles.

One criticism from the original video not repeated here has to do with wind noise. This writer has read a few reports noting wind noise, as well as some seeing substantial improvement after a treatment from service technicians, so it's possible they had this issue addresed. You can read their complete road test results here, but you'll have to be a subscriber to do so.