The Jaguar I-Pace should start appearing in customer's driveways in just a few short weeks. Since it represents the first full-size premium competition to the Tesla Model S, UK publication Autocar has decided now is a good time to spend a day with the two of them and make comparisons.

Some I-Pace, some Model S 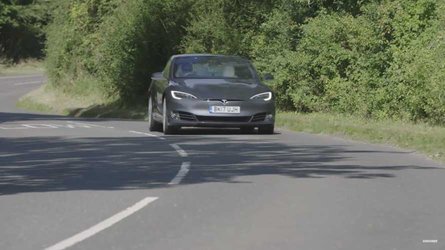 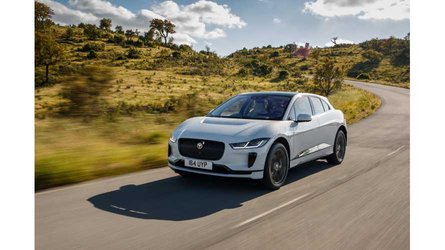 Now, to us, it would seem to make more sense to compare the all-electric Jag to the Model X, but Autocar defends its choice, calling Tesla's SUV "enormous." The reality is the British crossover sort of slots between the two, height-wise, at least. The two Tesla vehicles are both wider and longer than the newcomer. With that minor quibble aside, let's look at how they match up.

After setting up the comparison with a history lesson of how aircraft company De Havilland won the initial battle of jet-powered flight, yet lost the war to Boeing when the American outfit finally introduced its 707, they note that the Tesla Model S platform is now six years old and Jaguar can easily contend despite the headstart. They then lay out the competitors in this test: a base Model S 75D costing 66,730 pounds ($87,590) versus a high-spec Jaguar I-Pace at 82,685 pounds ($108,500), reasoning that although the Jaguar in this trim is more expensive, the base price of  base 63,495 pounds ($83,340) is indeed comparable and the only difference in the big cat would be down to amenities, not the drivetrain. Alright, then.

Perhaps not surprisingly, they give the prize at the end to the I-Pace as in their opinion it beats the electric pioneer on any number of their applied metrics. While they note that the Tesla has "convincingly" more luggage space, they feel the size of the two interiors makes them best suited for four passengers, despite the Model S having a few inches of width on its opponent. When it comes to the interior design, they lean decidedly away from the more spartan sedan toward the "plush" confines of the Brit.

On the road, they note that the suspension on the Tesla seems less well-damped at low speeds, but is smoother than the I-Pace once the wick is turned up. This is something that may come into play when discussing handling as well, where they give the Jaguar a decidedly higher score. The thing is, we don't know what mode the Model S is being driven in. It may well have more wallow and a lighter steering feel than the crossover in Comfort mode, but it's a different beast when put in Sport mode.

It is a pretty interesting write-up, though. There's no doubt that fans of the battery-power Jaguar will feel vindicated, while Tesla supporters may feel not enough weight was given to certain facets where the Model S clearly leads — range, charging speed, charging infrastructure, and efficiency. We'll try to withhold judgment of their judgment overall until we can do our own side-by-side shootout, but to our minds the two contenders here are both winners here. The Jaguar offers a solid stylish and competent alternative to the aging Tesla and should have the company puzzling over how to build more of them. The Model S, despite becoming long of tooth, still shows it can keep up with the rookie in some important aspects.