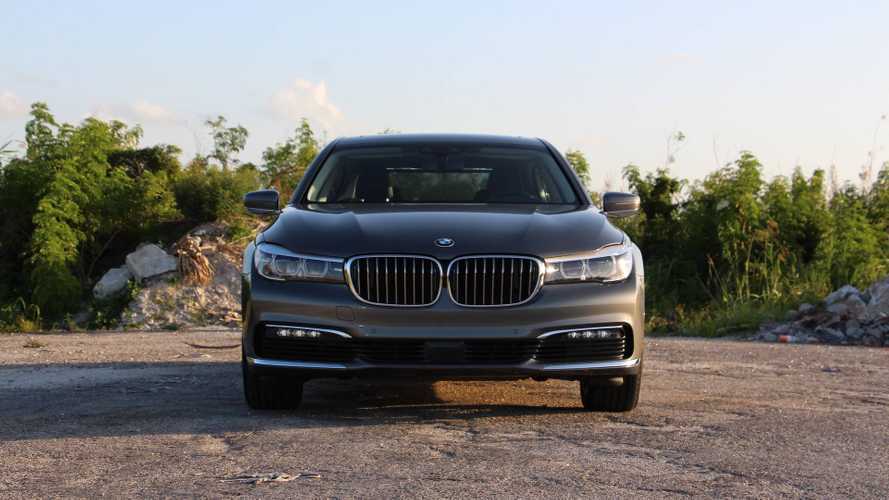 BMW’s largest plug-in hybrid is also its most comfortable.

When looking for a large, luxurious sedan, there are no shortage of vehicles to choose from. Mercedes-Benz, Porsche, and Audi each offer their own options, but the BMW 7 Series is often overlooked, particularly the plug-in hybrid 740e, among its more striking German rivals. Though it may not be as appealing as rivals like the Panamera e-Hybrid at first glance, nor even as well priced as the Cadillac CT6 plug-in, it makes up for it with class-topping tech, and a powerful, efficient hybrid setup.

The 740e is no M car – it was made for comfortable cruising rather than carving up corners. Six available modes are there to choose from, ranging from Eco Pro to Sport +, each one giving the vehicle different characteristics. The base Eco Pro setting turns the 740e into even more of a fuel-sipper, dulling throttle response and softening steering in an effort to return maximum miles per gallon. The most-aggressive Sport+ setting, meanwhile, injects a bit more life into the luxobarge, turning it into a quasi-sporty four door with immediate throttle response and sharper steering.

Power for the 740e comes from a turbocharged 2.0-liter inline four-cylinder engine, which may seem a bit strange at first in such a large vehicle, but when paired to a 9.2-kilowatt hour lithium-ion battery pack and a 111-horsepower electric motor, it’s perfectly powerful. Mated to an eight-speed automatic transmission, the combined powertrain output is rated at 322 horsepower and 369 pound-feet of torque, giving the car the ability to accelerate to 60 miles per hour in just 5.1 seconds.

Riding in the 740e is like driving around on a comfortable couch – it’s spacious, quiet, and the seats are extra plush. The cabin and its styling feel worthy of the $100,000 price tag, if maybe a bit too BMW-ish — that is, plainly styled and covered in black plastic, with no significant details to set it apart from something less expensive. There’s leather and wood trim pieces everywhere, and the seats are large and soft, but still snug enough to hug your sides in tighter corners.

The back seat is where the 740e gets very good marks for comfort. The same soft, cozy leather seats carry over to the rear bench, and with both shades on both the rear window and back two windows – the former controlled via a button on the driver’s side door – and 44.4 inches of legroom, it’s undoubtedly more comfortable to ride in than to drive.

Comfort aside, technology is easily one of the biggest selling points of the 740e. It comes with all the same equipment you’ll find on the standard 7 Series – things like 4G LTE Wi-Fi connectivity, Apple CarPlay compatibility, wireless smartphone charging, and an all-digital instrument cluster. It also features Gesture Control, which boosts the score significantly in this category; the swirl of a finger or the swipe of a palm controls volume and music settings. It’s novel and not anywhere near as simple to use as a volume knob or tactile button, but it’s also fun, and something most consumers in this segment should enjoy.

You’d never guess this car costs nearly $100,000 simply by looking at it. The exterior of the entire 7 Series family is plain and unmemorable – and that doesn’t change with the 740e, especially not when wearing the beige paint job pictured here. Only some minor eDrive badges, “i” logos, and “i blue” accent details, along with high-spoke 20-inch wheels help distinguish the battery-powered version from the standard gas model.

That said, there’s nothing truly offensive about the way the 740e looks, it’s just that it doesn’t stand out. Rivals like the Mercedes-Benz S-Class, the Audi A8, and the Porsche Panamera have more going on in terms of styling uniqueness.

Safety is a big selling point when considering the BMW 740e. Advanced safety systems, as part of the $1,700 Driver Assistance Plus Package, include active cruise control with stop and go technology, active lane assist with side collision avoidance, and traffic jam assist. The 740e is not autonomous, but the system is so advanced that it might trick you into thinking you can take your hands off the wheel (which you should never do).

Efficiency is the name of the game here. The BMW 740e drops the displacement from six- and eight-cylinder engines in favor of a fuel-sipping four-banger instead. The 2.0-liter hybrid setup returns 25 miles per gallon city, 29 highway, and 27 combined in normal driving — that’s an extra five miles per gallon combined when stacked up against the six-cylinder 740i.

A near-$100,000 price tag on any vehicle is a tough pill to swallow, but the 740e feels worth the asking price. It’s loaded with technology, it’s extremely comfortable – both in the front seats and the back – and it’s efficient, at least relative to other large sedans in this segment.

Options do bring the price up quite a bit, though. This particular vehicle has $8,150 worth of them (not including $995 for destination), marking a 10-percent price increase over the standard MSRP.