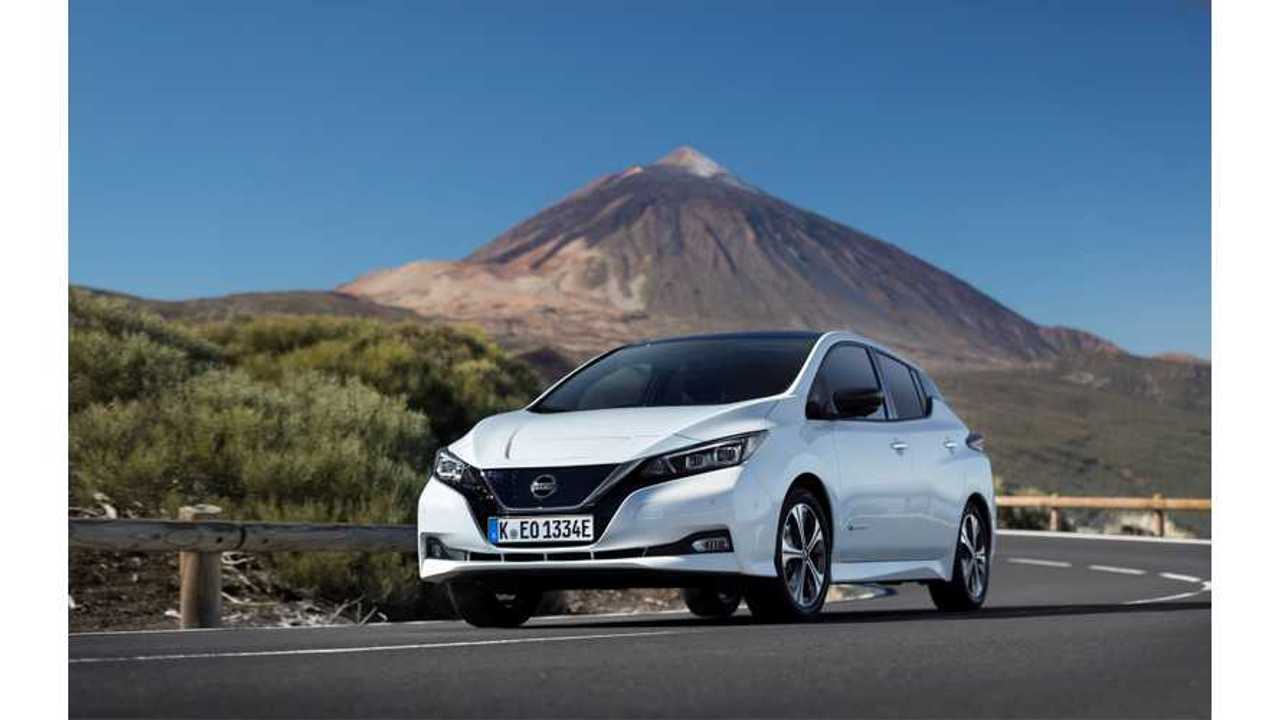 Improvements made to the new Nissan LEAF in the recent Car and Driver's review were called a giant step for the LEAF and a small leap for EV kind.

There are a lot of positive changes like the styling, higher capacity battery for more range, more power and quicker acceleration, as well as silence and more.

Car and Driver notes that the e-Pedal mode is so convenient that "once you try it, you won’t want to go back".

But there were some weaker points. The new LEAF, until the 60 kWh battery option becomes available, can't beat the Chevrolet Bolt EV or Tesla Model 3 in terms of range. The Bolt EV tested earlier by Car and Driver was claimed to be more fun to drive (so, we assume that Model 3 is, too).

The biggest complaint from Car and Driver seems to center on the interior:

"That said, the Leaf’s interior quality feels on par with a $20,000 Sentra’s, which is a reminder that when you buy a Leaf, you’re essentially buying a $20K car and a really expensive battery."

Read Also: Here Are The 8 Cheapest Electric Vehicles On Sale In The U.S. Today

ProPilot driver-assist systems seem to cautious in its current version:

"On gradual curves or a straight road, ProPilot Assist centers the Leaf in its lane and, if you ignore the Nissan’s warnings, will allow for hands-off steering for a few seconds at a time, provided it can read the lanes. Its ability to do so is shown on the digital half of the gauge cluster, but it signals with an annoying beep every time it loses the trail. As with all adaptive-cruise-control systems, speed rises and falls relative to traffic, but we found that ProPilot Assist slowed the Leaf down too early and too often, to the point of being seriously aggravating. ProPilot Assist won’t steer through sharp curves, though in the name of science, we tried it in the canyon anyway. The system does slow the car for tight corners, but it prefers speeds and g-forces that will make you think a Sears driving-school instructor is operating the brake pedal. There’s nothing “Pro” about it."

Overall, it's a very practical and capable electric car within the affordable price range.