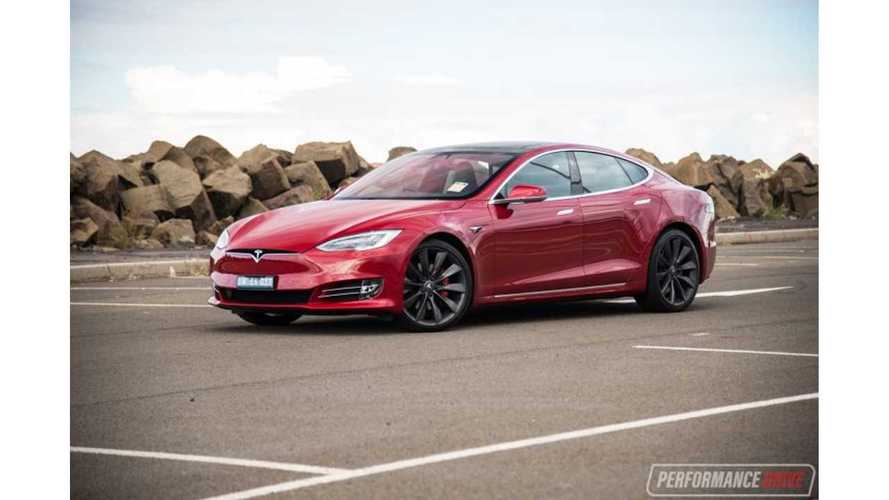 Recently, CNBC published an article reminding us that, "The Tesla Model S P100D is still the coolest car you can buy." Yes, Tesla's new Roadster could be even cooler, but it's not hitting the streets until (earliest) 2020. And, with so much buzz surrounding the Model 3, it's hard to remember that the Model S remains Tesla's flagship sedan. After all, it's gobbled up massive market share within its competitive set. And there's good reason for it.

CNBC's Mack Hogan is a fan of Tesla's exterior design:

"the car is well proportioned and conventionally handsome. The Model S P100D got a lot of attention everywhere I took it... So call the exterior a win, if only for your own reputation." But, he's taken aback by Tesla's interior design: "The design is almost entirely based around a center 17-inch tablet... unlike knobs, which you can memorize and use by feel, the car requires your visual attention."

With reservations about the interior, is Hogan thrilled about Tesla's Model S? He gets a rush from the car's performance:

"Brutal. Painful. Mind-boggling. Perception-warping. Straight-up stupid. That's how it feels to go from 0 to 60 miles per hour in 2.4 seconds. The Model S P100D with Ludicrous Speed Upgrade is the only production car ever made that can give you that experience. No Buggati, no Ferrari can match that off-the-line savagery."

That said, one can still savor the car's sophistication: "You can enjoy that acceleration and brutality, but then settle in for a long comfortable cruise. Standard air suspension quiets the ride on the freeways, and the lack of combustion means the wind is the only thing making even a hint of noise at 70 miles per hour... flick the indicator stalk, and your robotic butler will even make the lane changes for you. It's not perfect, frequently appearing too confident in its own limited abilities, but adds to the other-worldly driving experience."

Hogan concludes, "If you want a big sedan to get you to work, a German luxury barge is probably better for you... But if you go that route, you're driving something with an expiration date. The big, V8 sedans are on their way out. The Tesla Model S is the future, with its minimalism and it's upgradability and touch screen. It's the new age of luxury, and it feels different for it."