2018 Nissan LEAF Test Drive Reviews Are In, And The Verdict Is... 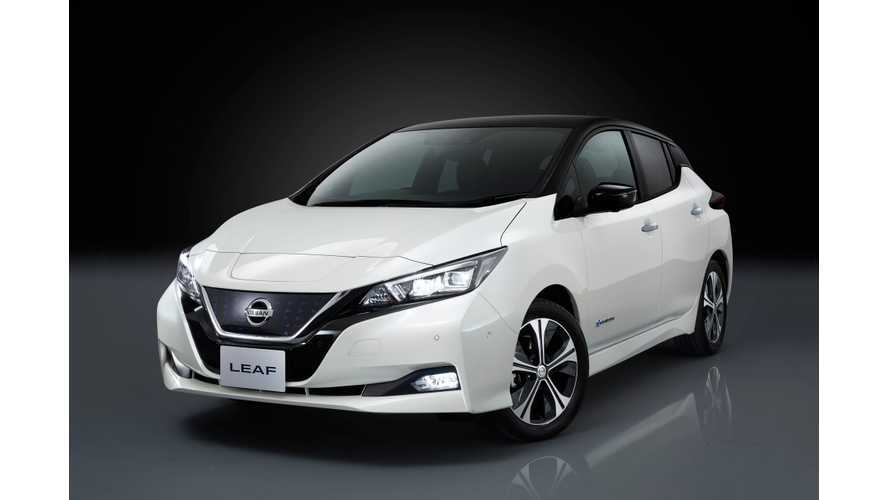 Several media outlets from Europe have now had the chance to test drive the Japanese-spec 2018 Nissan LEAF around Yokohama just prior to the debut of the production version in Europe for January of 2018.

As a result, we have picked up some first impression insights from CAR Magazine, Auto Express and Autocar to see whether or not the new LEAF will be well received.

The 2018 edition gets a full refresh, and a larger 40 kWh battery, good for some 150 miles (241 km) of EPA rated range, also a 110 kW electric powertrain, although it is still based on the previous generation's architecture.

The new look was widely called more appealing. Also, the the interior was praised as more conventional, and thus - better.  Seating position (which is unchanged) is high enough to make a spacious cabin feel not so spacious.

On the definitely positive side, more power and torque translates to not only better acceleration (0-60 mph in less than 9 seconds), but the acceleration doesn't fade that much at higher speeds as in case of previous LEAF (most of the improved oomph to 60 mph comes at the top end).

The regenerative brake ePedal works seamlessly (reminds many of very strong engine braking), but we need to wait for European version for a local evaluation, as there are tweaks envisioned between the Japanese-European and North American versions.

At higher speeds, the LEAF is set-up more for a comfortable ride than excitement or fun. The suspension is said to be stiffer in the European version, so it not necessarily will be as smooth as the test vehicle:

"Another impressive area is ride and damping, both of which feel very impressive indeed. For a family hatchback, it rides very smoothly, and manages to iron out nearly all surface sharper imperfections, including lane dividers and the like. It’ll be firmed up for the UK, but let’s hope not by too much."

On the other hand, the numb steering feel is expected to become more direct.

The Pilot Parking system is great to opperate, but it's slow in execution. Again, that functionality is to be updated before the European and US launch of the LEAF.

"Pilot Parking, and it does work very effectively. The camera picks up a potential space quickly once the system is engaged, and a single button push gets you in the space after that. Problem is, it’s slow in execution – engineers in Cranfield are already working on speeding it up for Europe."

In Japan, the 2018 LEAF is equipped with a display rear view mirror, but it won't be offered for Europe.

Autocar rated the new LEAF (as it was in Japanese-spec) at 4/5. With 40 kWh battery and competitive pricing it should be one of the best selling BEV both in Europe and U.S.  We imagine that when Nissan gets to offering the ~60 kWh/225 mile offering with even higher performance next Fall, it might have a shot at that final star.