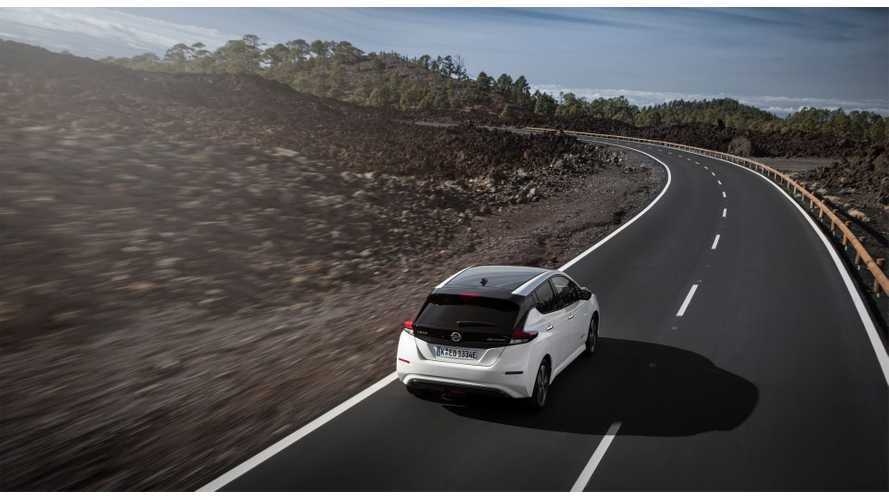 The new Nissan LEAF begins its adventure in the UK with high notes from Autocar, who appreciates all of the upgrades and feels its a leading BEV contender again, especially in terms of value for money.

Production begins of the new Nissan LEAF in Europe

It's not as easy as in 2010/2011 when the first-generation LEAF quickly became a industry benchmark.

There are still some minor things that one could criticize. According to Autocar:

The driving experience in fine:

"Driving the Leaf is certainly suggestive of greater premium-level refinements than the interior is. Being as brilliantly responsive to the accelerator as ever, and having greater torque-related thrust below about 50mph than just about anything short of a hot hatchback, the Leaf is a delight to drive around town. Nissan’s powertrain improvements also make it feel much less out of place on the motorway than the old one did. There’s a new ‘ePedal’ setting for the car, which filters in strong regenerative braking before you go anywhere near the brake pedal, and makes the Leaf at once easier to drive and better at recycling energy than the old one. And, perhaps more striking than everything else, this is now a seriously quiet and refined car – just as you’d want an EV to be.

The Leaf is based on an overhauled version of the old car’s mechanical platform but, having been made torsionally stiffer than its predecessor as well as quicker-steering and more resistant to body roll, it feels both comfortable-riding and fairly agile-handling on the road: enough in both cases, certainly, to satisfy most tastes. There’s well-tuned weight and return-to-centre springing about the steering too."