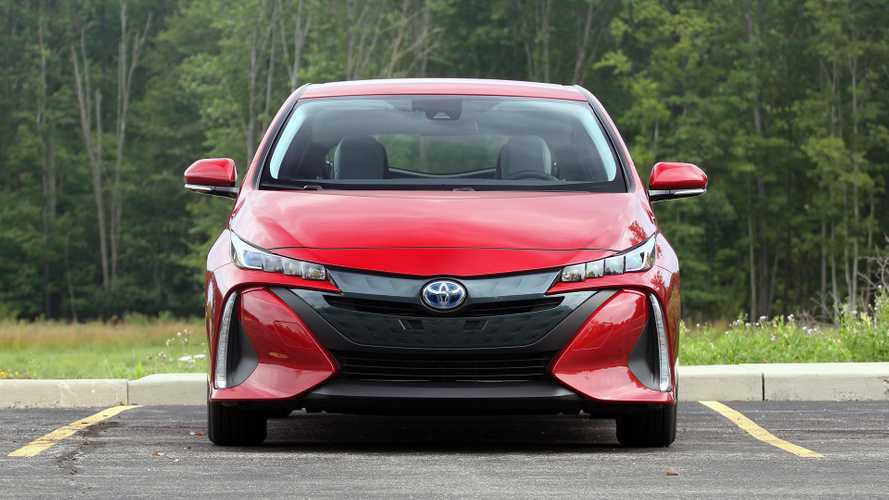 Adding a plug and a cord makes this the best version of the Prius you can buy.

The plug-in hybrid Toyota Prius Prime has often been panned because its all-electric drive range is less than half that of the Chevrolet Volt. While the newly named Prime has upped its EV range from ~11 miles in the former Prius Plug-In to a much more livable 25, the current Volt gives you 53 miles. It’s true, the Volt has the Prime beat by an electric mile in this regard. But that’s not the whole story. The Prime has a lot to offer, especially compared to the traditional Prius, which is the gold standard among traditional hybrids.

Think of the Prime as a souped up Prius rather than a range-extended electric car like the Volt, and you won’t be disappointed. It’s affordable, easily attainable ultra-efficient motoring at its finest. Customers have noticed, too, as Toyota can’t build Primes fast enough to keep dealers stocked.

Easy MPGs. It’s just as easy to achieve crazy-good fuel economy while driving the Prime as in non-plug-in Prius. Just plug it in each night so you have 25 miles of EPA rated electric range the next day (I experienced about 20 miles per charge). The feds estimate you’ll get 133 MPGe, or miles per gallon equivalent, which is second in the U.S. market only to the Hyundai Ioniq Electric. In my week with the Prime, I achieved around 80 mpg with two full recharges of the battery pack and plenty of miles driven with it empty (it’s rated at 54 mpg combined with the battery pack depleted). While there are three driving modes that let you control your fuel saving strategy – EV Auto, EV, and HV Auto – I recommend the car’s default auto mode; leave the optimum efficiency calculations to the car’s computer.

Feels normal to drive. While this hardly sounds like a praiseworthy accomplishment, the Prius had earned a reputation over many years for its strange driving characteristics, which were highlighted by the lightest, most disconnected steering feel imaginable and a cushy suspension. Toyota has finally addressed this with the latest Prius, and the handling upgrade applies equally to the Prime. It drives much more like a regular compact car, with more weight in its steering and a firmer suspension, though the brakes still feel artificial and uneven in their application (see below). The Prime is no sports sedan, nor should it be, but this new experience behind the wheel should now appeal to a much larger range of people than before.

Low price and cool features. Check this out: the base model Prius Prime costs less than the standard Prius after a federal tax rebate is taken into account: $23,495 to $24,370. Make sure you lease one, though, if you want that rebate immediately, otherwise you’ll have to wait until next April. It’s also over $3,000 less than the Chevrolet Volt, though that three grand costs you 50-percent fewer miles of all-electric driving range. The Prius Prime also offers some cool features you can’t get on the standard Prius, like a giant, Tesla-like infotainment screen; a dual-wave rear window; and a hatch that weighs less thanks to carbon fiber-reinforced polymer construction.

Less seating and cargo. In the Prime, the rear bench seat is split by a console with cupholders, making it strictly a four-seater, and the cargo area’s floor is raised to accommodate the larger battery pack. Compare that to the standard Prius, which has a rear bench seat that fits three people across and a larger, more accommodating cargo area underneath its hatch. The Prime is still more practical than the Volt, though, with nearly twice as much cargo space.

Low electric range. The Prius Prime can travel 25 miles on electric power alone, while the Chevy Volt can go 53 miles per charge. That’s a damning stat, even if the Volt costs a little more after the government’s tax credit for plug-in hybrid vehicles is taken into account. With those 28 extra miles, people can drive electric significantly more often in their daily lives, going weeks and sometimes months without burning fuel. That’s much less likely in the Prime, which makes it more like a traditional hybrid with a big battery than a range-extended electric vehicle.

Weird looks. The Prius has never been traditionally styled, and this latest generation looks more far out than any Priuses before it. The Prime version goes even further, with unique front and rear fascias that sport new lighting elements with their own distinct signatures. Sure, all those crazy lines are highly functional for aerodynamics, but does it have to look like an alien bug from Starship Troopers?

Touchy brakes. After all these years, Toyota still hasn’t mastered making regenerative brakes on the Prius feel like traditional friction brakes. Apply what feels like appropriate braking force and the car will give you either 25 percent more or less than what you’re expecting. The result is a lot of hurking and jerking at low speeds.