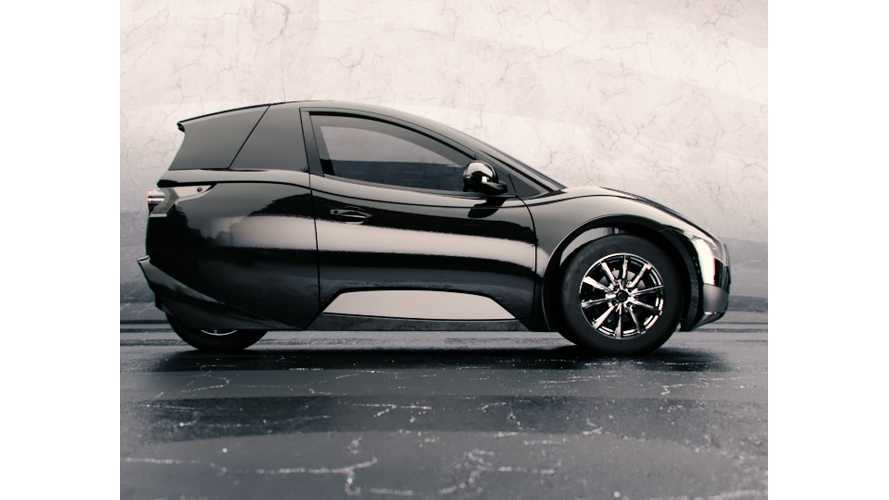 The Electra Meccanica Solo is a three wheeler/half car; for about half the price of a new electric vehicle (from $15,500 - full details here). One of the first examples has now been tested by CNET.

It's pretty a original design, with a single seat (one assumes this is why they called it the Solo).  Range is said to be up to 100 miles via a 16.1 kWh battery; considering the size, aero and weight, that number doesn't seem too unreasonable to us.

It could be great low-speed runabout option, although the top speed is a rather lofty 82 mph (if you really want to drive so fast in a three wheeler), of which CNET calls maxing out a terrifying prospect.

"In fairness, Electra Meccanica's little EV isn't designed for the highway. It's a city car for the vast majority of trips under 25 miles that most drivers make every year. The Solo is designed to be exactly as much car as one person needs to grab a few bags of groceries or for a short commute. The compact size makes it easily parkable on dense urban streets and the electric drivetrain means it's pretty green."

Its small size makes parking easy, but the lack of power steering requires some added muscle.

The weak point according to CNET, is surprisingly the powertrain noise, which is far from the norm in the EV segment.

"There's a lot of mechanical whine from the electric motor and its single-speed reduction gear, as well as a good deal of road noise coming up from below the poorly insulated, lightweight composite cabin. Were there actually room for a second soul aboard, you'd have to shout to talk to them."

The Electra Meccanica Solo starts at around $15,500 with U.S. deliveries scheduled on early 2018, but whether or not a small scale startup is able to compete with used full size cars (like the Nissan LEAF) in similar price range remains a huge question.

Some other specs of interest: