Fox News Gives Chevrolet Bolt "B+", It Could "Absolutely Be Your Only Car" 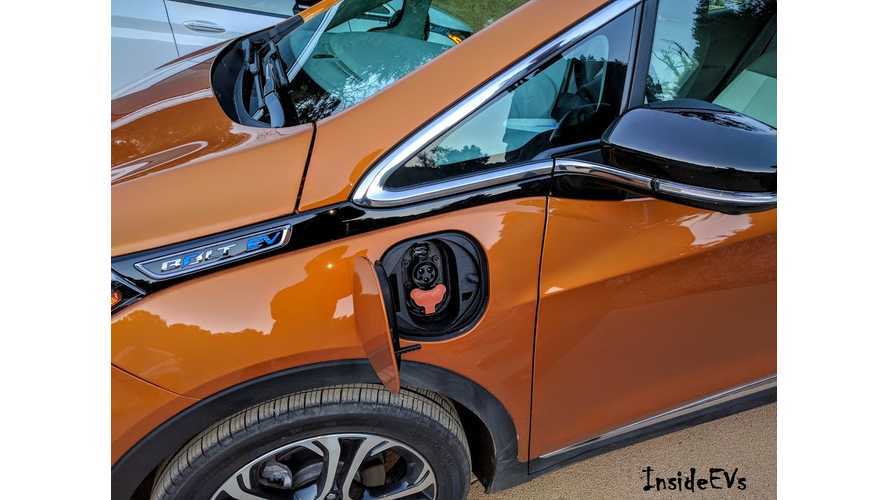 Hopefully dealers nationwide will begin to see an influx of the Chevrolet Bolt, sooner rather than later (InsideEVs/George B)

According to Fox News the Chevrolet Bolt is a "worthy opponent" to the upcoming Tesla Model 3.

The review says that the Bolt is:

"...pleasant to be in, practical to use and could absolutely be your only car."

For now, the Chevrolet Bolt is the only affordable car that will give you an all-electric range over 200 miles. The EPA puts it at 238 miles and 119 MPGe, which is by far the best combo you can do for less than $30,000 after the federal rebate.

Chevrolet decided to go all in, and instead of making a long range affordable EV like the Nissan LEAF (which currently has a 30 kWh battery pack), they used a 60 kWh pack. Keep in mind that this is still not as big as the 75, 90, and 100 kWh packs found in Tesla cars, but the Bolt is much less expensive.

In order to get such long range out of the 60 kWh pack, however, General Motors had to keep the offering small (about the size of a Chevrolet Trax). And ... it's not a looker in everyone's eyes. Image and striking good looks is something that Tesla prides itself on ... but practicality and value should really take precedence right?

It depends on who you ask. Fox News calls its exterior design "conventional," and "not sexy."

The cutting edge cabin makes up for the lack of exterior pizzazz. From the fully digital instrument cluster, to the 10.2-inch touch-screen, to the 360-degree "virtual drone's eye-view" camera. However, the interior has no shortage of cheap, hard plastics.

Although the Bolt rides low and looks like a hatchback, it's really a subcompact crossover. Four adults that are six-feet tall can fit with comfort. Fox News says that getting someone in the middle back seat is really not too bad, especially compared to other small cars.

It provides a nice mix of "normal" and "next-gen" driving. If you hit the accelerator hard, expect the feeling of a hot-hatch, torque steer and all. The throttle feels almost too responsive, but it doesn't handle like a hot-hatch. It does, however, masks road imperfections well, and the cabin remains remarkably quiet.

Regen braking is great, and true range is really dependent on how you drive. The display tells a high and low range estimate, which helps you have the real picture, and can also motivate you to drive better.

"In a day of mostly highway driving in freezing temperatures, with more than a few energy-sucking sprints thrown in for good measure, I was on track for 180 miles before I parked."

There's no built-in navigation, but you can sync your phone and use an app. These days, that's a better options for most people anyway. It also supports Apple CarPlay and Android Auto. You can get OnStar, but service is slow:

"It took them four minutes to track down the closest charging station, by which time I’d passed it and would have had to take a 10-mile detour to go back there. That’s a potentially terminal distance in an electric car. Good thing this was just a test. The humans got a C."

For those seeking an economical electric car that will get you everywhere without the necessity of an ICE backup, Fox News says of the Chevrolet Bolt:

Fox News gave the Chevrolet Bolt a "B+" overall.