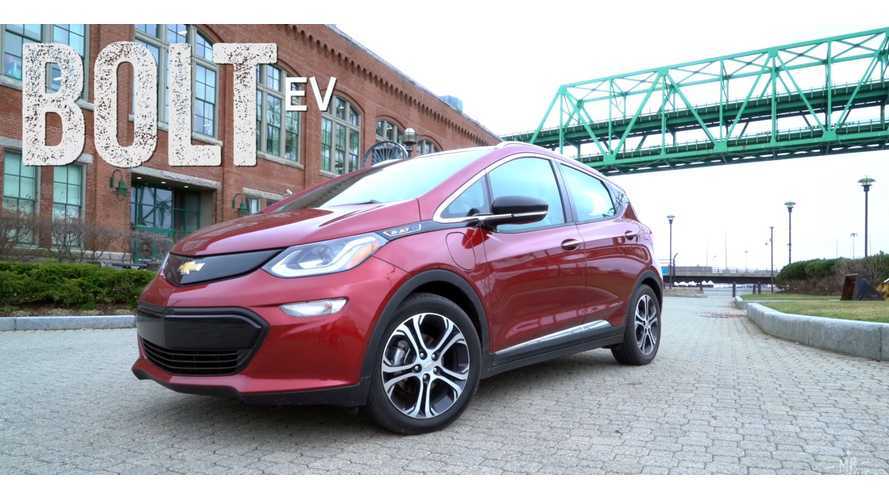 Michael Fisher (aka Mr. Mobile) provided us with a Chevrolet Volt review not too long ago. Now, he gets an opportunity to check out the Chevrolet Bolt.

"A crossover with enough range, power and features to make you almost forget that it's 100 percent electric."

What's under the hood of the Chevrolet Bolt?

That is, when he's not calling the Chevrolet Bolt a "type-6 shuttlecraft." He reminds us that Chevy calls it a crossover, while the EPA calls it a small wagon. And, due to it being a "curious little car," he believes that it's not a design that will appeal to everyone.

Nonetheless, he has some notable takeaways:

Driving the Chevrolet Bolt Mr. Mobile promises a longer review, which speaks to real-world range, and an overall value score, at a later date.

I've wanted to get behind the wheel of a Chevy Bolt EV for a long time. Last year I had the chance to test drive the Volt, Chevrolet’s half-electric Plug-In Hybrid, and before that I spent some time getting to know Tesla's Model X and Model S to see what the hip and expensive side of electric cars was all about. Today, I finally get to experience American-standard Chevrolet's take on the fully-electric automobile. Join me as I test-drive the Chevy Bolt 2017, the vehicle that Chevrolet promises will "reinvent" the electric car – and stay tuned for my full Chevy Bolt 2017 review, later in the year!

ABOUT THE CHEVY BOLT 2017 TEST DRIVE

MrMobile's Chevy Bolt 2017 test drive was produced following five hours with a Chevy Bolt EV loaned by Chevy (Premium trim level). The full Chevy Bolt 2017 review will arrive later in the year; until that time, MrMobile's conclusions concerning the quality of the vehicle should be considered in-development. There is no buy/don't buy recommendation at presstime.