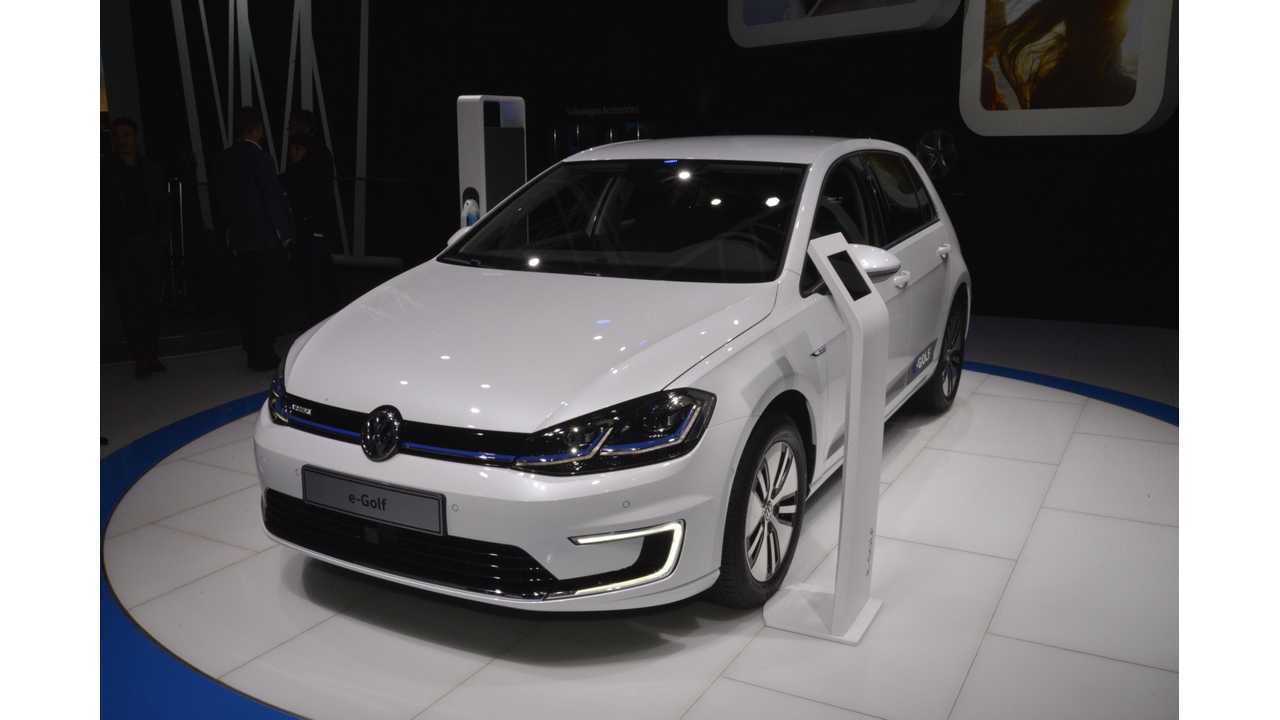 After a recent spin in the updated BMW i3, Autogefühl tested out the new 2017 Volkswagen e-Golf, which from 2017 is now equipped with its own longer range, 35.8 kWh battery and 100 kW electric motor.

According to the review, the new e-Golf is a solid car, with great interior, and is unmatched for quietness/build quality in the compact class.

With a 100 kW motor, acceleration is also noted as nice, especially at low speeds up to about 37 mph/ 60 km.

However, Autogefühl notes there is less of a "fun factor" in the e-Golf versus i3...although we aren't sure if Autogefühl  should be taken as the authority on what is (or is not) fun.

As well, the outfit notes the e-Golf just has the look of a conventional petrol car, which is of course the basic VW Golf.  On the other hand, regenerative braking combined with the brake pedal was considered as better solution than the i3's regen, which engages when you let go of the accelerator beyond the coasting point.