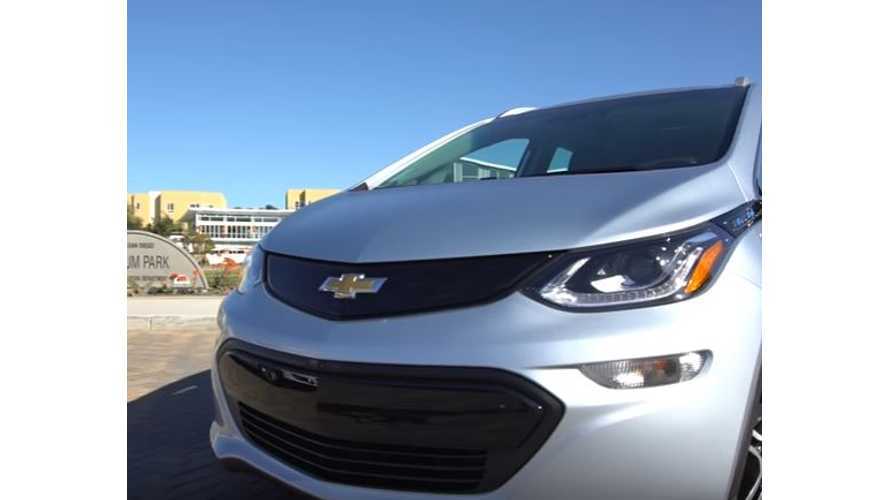 Who doesn't love Ben Sullins and his Teslanomics video series?

In this video, Sullins branches out from his Tesla confines to explore the Chevrolet Bolt.

Sullins seems to largely take a middle ground in his review of the Bolt, which is fitting really since every car has its ups and downs and every reviewer has his/her preferences.

Recently I had the opportunity to test drive a new Chevy Bolt, their long range EV aimed directly at competing with the upcoming Tesla Model 3. Chevy has been making cars for a long time, which was apparent. However, they still have far to go when it comes to the technological advances that Tesla has built into their DNA.

Some of the features in the Chevy Bolt are really nice, like the 360 cameras and the 4G LTE hotspot. Others seemed lacking...

For example, the car has no built-in apps and relies solely on your phone for all the in-car navigation and entertainment. Now, if that worked seamlessly I would say it's a benefit since I can't use Android Auto or Apple Carplay in my Tesla. However, it was cumbersome to setup and basically didn't work when we tested it.

Overall I am happy to see Chevy (GM) get back into the EV market, even if it is only on a small scale. It shows at the very least that the EV market is one they're interested in now that the more innovative companies like Tesla and Nissan have proven exists.

- Are you considering the Chevy Bolt? If so, what features are you most interested in?

In closing, Sullins asks " This is my first car review, would you want to see me do more of them? If so which cars?" Of course we'd like to see you do more Ben. Well done!