Popular Mechanics Calls Chevrolet Bolt The "Electric Car Of Your Dreams" Without A 400,000-Deep Waiting List 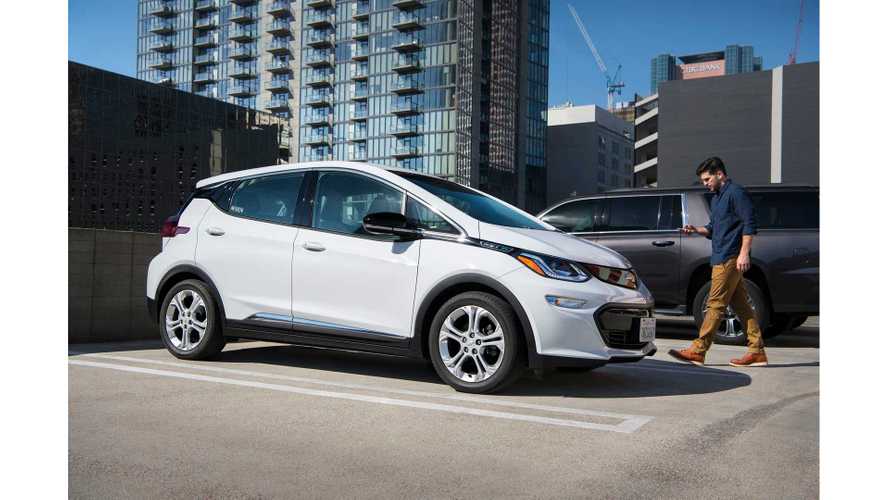 DIY editor for Popular Mechanics, Timothy Dahl, and his gas-guzzling F-150 loving self, spent two days in the possession of a Chevrolet Bolt, and he was beyond impressed.He was enamored with the fact that the car performed so well, and he couldn't believe its range.

Keep in mind that Dahl's primary function as a journalist is not to review cars.

So this is coming from someone that can be thought of as your "average Joe," with no in-depth EV knowledge or passion, or vast grounds for comparison. Although he can tell you how to fix a running toilet, how often he sharpens his chainsaw, or 6 ways to recycle your Christmas tree.

This, however, may be a good thing ... because Dahl just sees the car how he sees it, like any average driver may see it as they encounter the Bolt for the first time.

Of course, if you compare it to a Tesla, or a BMW i3, or really any $30,000 plus car, there will be places that the Bolt comes up short, and places that it succeeds. But, all in all, the Bolt is the Bolt, and Dahl had a lot of good words to say about it.

First and foremost, he notes the price. Finally a long-range EV that more people can afford ... and then he throws in the part about the competing Tesla Model 3 having a similar price and an "uncertain future." But, that's beside the point.

In the end, Dahl shares that he believes the Chevrolet Bolt to be a perfect car for "city-dwellers" with commutes of "20 miles or less." Hmm ... this seems like an odd statement since it's a long-range EV - but we digress.

Dahl concludes that the Bolt offers a "fun mode of transportation," and anyone with a budget under $40k should give it some serious consideration. According to Dahl, it could just be the "electric car of your dreams ... without a 400,000 person waiting list."