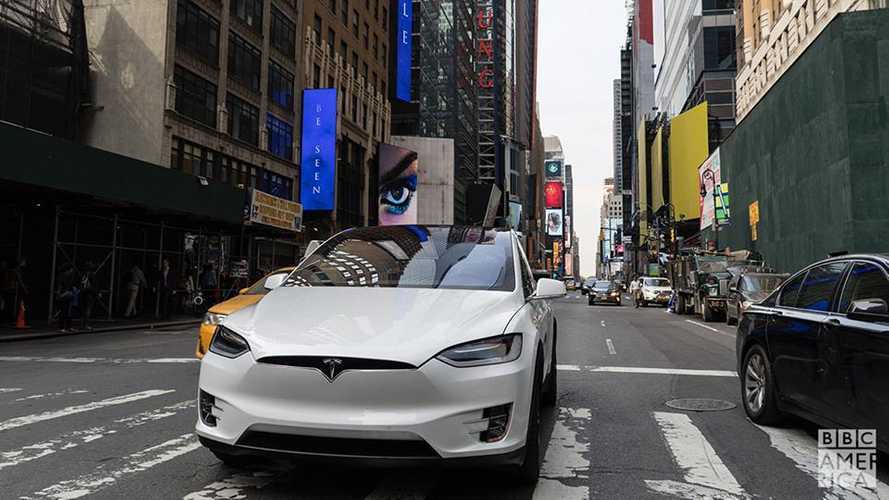 After a somewhat controversial Tesla Roadster review (by former host Jeremy Clarkson) and the lack of any Tesla Model S reviews which the show was being re-tolled, BBC's Top Gear is back with a new presenter - Rory Reid and new approach, this time picking up Tesla's progress with the Model X.

The show is available in UK through BBC iplayer, while US citizens can watch tonight on BBC America.

If you missed it/can't watch the show live:  the review may be online a day after the broadcast, when we see it - we will add that video into this piece.

Update:  Watch in the UK/Euro here now, while US can view here (at some point when BBC Amercia uploads it)

TeslaUpdates.co released decent summary of the episode, which is quite positive.

"It's an electric car that might just do to petrol and diesel what the Ford Model T did to the horse."