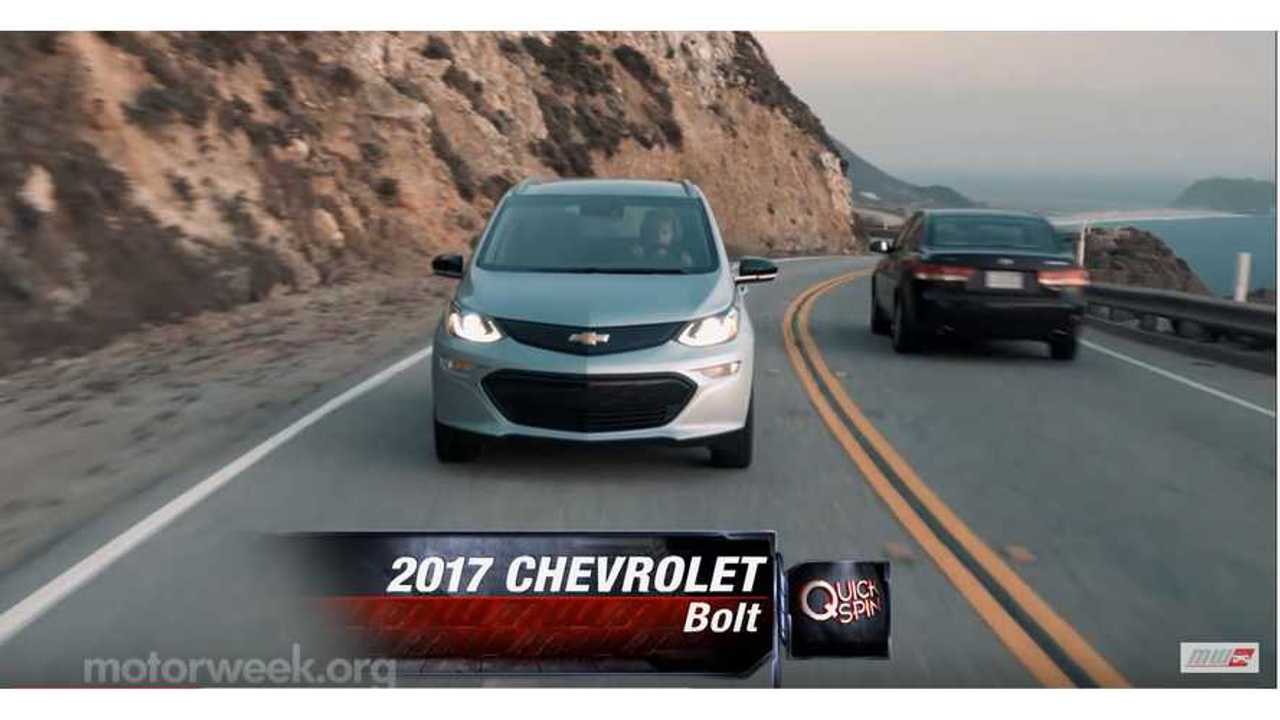 MotorWeek test driver, Greg Carloss, says that the Chevrolet Bolt lives up to its "practical yet fun" claims. He says that "mashing on the throttle" provides instant torque (enough so to throw you back in the seat).

The low center of gravity makes for adequate handling. However, he makes note of the skinny tires being noisy if you push it too hard.

"Not surprisingly, the 2017 Chevrolet Bolt was named “Green Car of the Year” at the recent LA Auto Show. Since Chevy first showed the production Bolt EV at last January’s Consumer Electronics Show, it’s created a lot of buzz, mostly for its EPA-certified 238-mile range, and with federal and state incentives, under 30-grand starting price..."

Other Notable Information (according to MotorWeek):

Quick spin is right. MotorWeek didn't have anything else to offer at this point, but the Bolt videos and reviews keep pouring in.