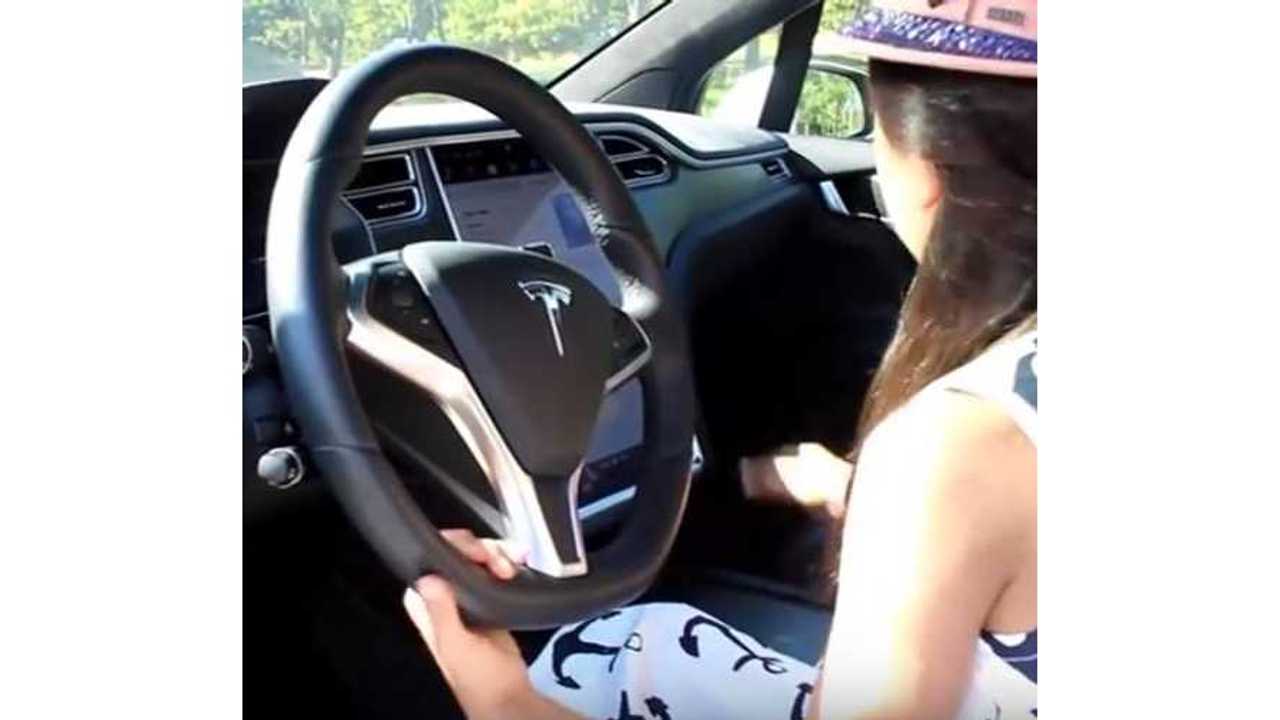 While she can't yet drive the Model X, the review itself is still solid in presenting the details in an exciting fashion, though perhaps it's a bit too Tesla fangirl-ish.

"I am the First Kid in the WHOLE WIDE WORLD to review the all new Tesla Model X P90D, the fastest SUV in the WORLD; plus I'M A GIRL!"

As a note, this isn't Rowena's first time reviewing a performance vehicles, as she has her own YouTube channel of reviewing supercars - aptly named "Rownenas Supercars", as well as an online blog.

Here's the expanded rest of the video description:

"The worlds youngest car show presenter at just an 9 year old with a DREAM to bring you the best Supercars in the world."

"Watch me in this my 16th film for Rowena's Supercars; in this film, you'll see the amazing Tesla Model X P90D reviewed in Ludicrous Mode; where I'll be giving you some of the specs and also a insight into this latest addition to the Tesla Gang. A BIG THANK YOU to the Tesla Mashpee, Cape Cod, USA. I hope you'll all enjoy watching the new Model X as much as I enjoyed filming it."