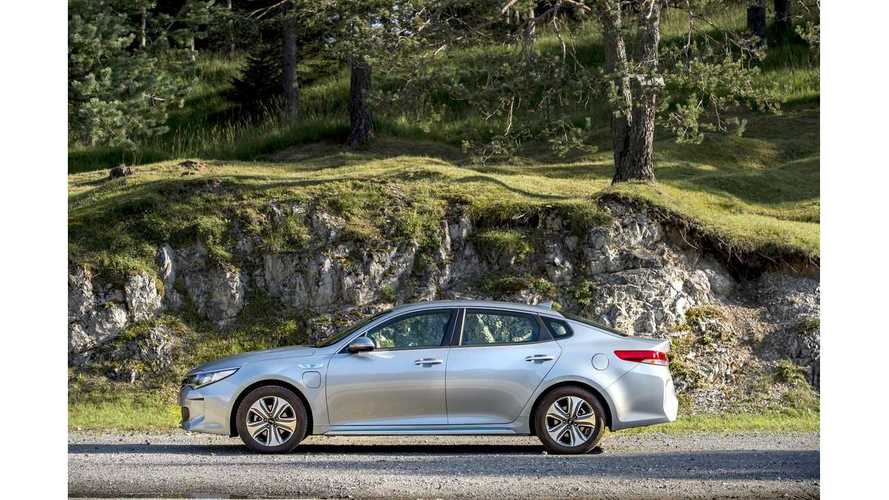 An interesting, and somewhat rare review of the new Kia Optima Plug-In Hybrid has been filed by Car Keys UK.

Overall, the Korean plug-in is considered a good choice for all those intending to cover distances within its all-electric range; especially considering its reasonable pricing.

In Europe, the Optima plug-in is rated for 54 km/33 miles of all-electric range, but in reality, around a 47 km/29 mile range (as tested via the US/EPA metric) is a more realistic number.

The Kia Optima PHV is a sister-vehicle to the Hyundai Sonata PHV, with the Kia arriving in the US in the next few weeks (reportedly) after missing its December's arrival date.

"Kia has been spreading its wings in the UK market significantly in the last five years or so, and hybrid power is one of its latest endeavours.

First with its Niro SUV and now with its already established Optima saloon, Kia aims to tackle German rivals like Volkswagen and hybrid kingpins like Lexus.

But Kia is a newcomer to the UK hybrid market – has it got what it takes?

Inside the Kia Optima Plug-In Hybrid