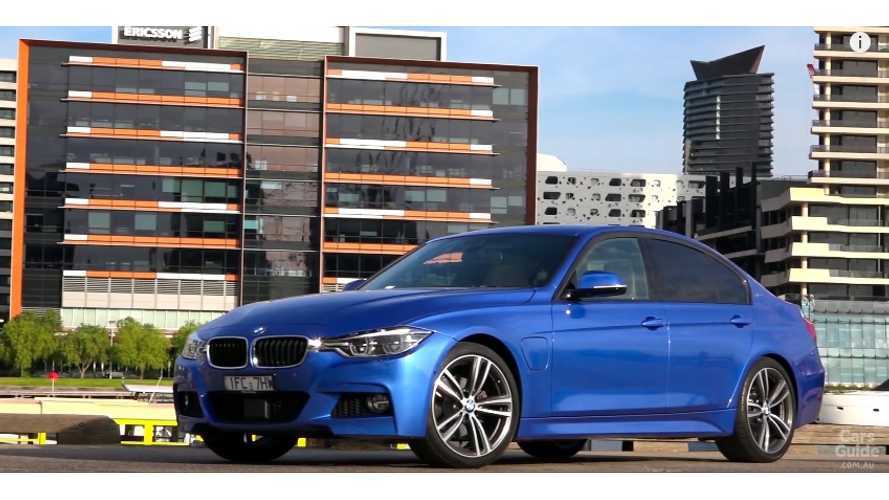 BMW has launched its latest plug-in hybrid model 330e in Australia just this month, and as such, CarsGuide.com.au logged a full review of the electrified 3 Series and found out that the all-electric range of 30 km (EPA: 14 miles / 22.5 km) could cover most small commutes.  They also noted the similarities in appearance to other 3 Series (obviously) and that it has great performance.

As for drawbacks, CarsGuide.com.au notes that the battery weight slightly affects the handling, and that there could be a better display system for "e-componentry" readouts on the dash.

"The 330e shouldn’t be thought of as purely an eco-car, it’s not – that’s the i3. The 330e is really just a 3 Series with benefits. It gives you a smart-tech alternative to just sitting in the traffic setting fire to petrol and going nowhere fast every morning and evening. And with its unassuming looks the 330e normalises hybrids, too – a future we are heading towards, where hybrid cars look like every other car."