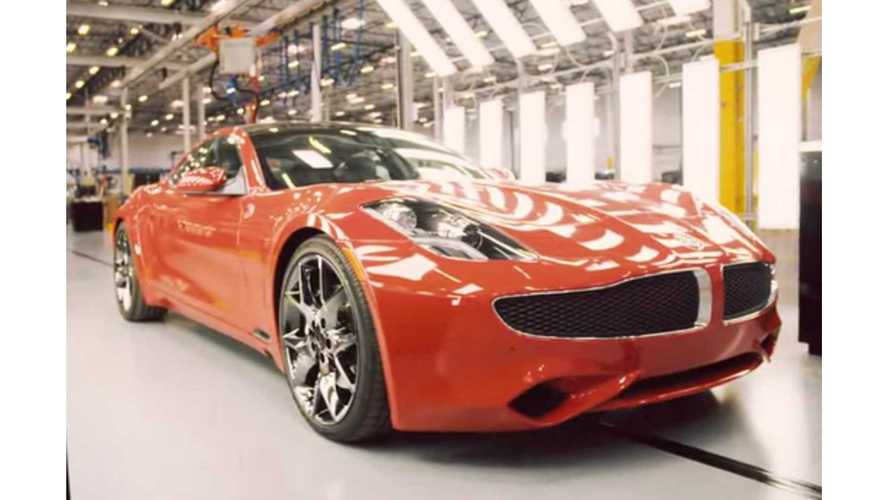 Even though Karma Automotive just put out first images and a teaser video for the Revero, promising to do a full reveal 28 days time (they even have a countdown timer on their website), a first drive review has already been published.

Earlier we learned that the Karma Revero will see its range improved from 32 miles, up to 50 miles; and that is price will also come in higher than the old Fisker Karma - which had a MSRP around $115,000.

No specific pricing has been released, but the number $135,000 has been tossed around as rumor.

Order books open exclusively for original Fisker Karma owners this week as a sort of 'loyalty bonus', with open orders happening later this year.  Karma's Jim Taylor (CRO) says the company plans on building 900 Reveros over the next year, with first deliveries in Q1 of 2017.

Karma has let Wired take their first plug-in offering out for an early test spin (video above), letting a few additional details out of the bag:

The Karma Revero is still basically a re-purposed/updated edition of the Fisker Karma, a luxury 32 mile extended range car from earlier this decade.

Ultimately, Fisker had more than a few technical (and funding) issues with the Karma (and with the subsequently planned Atlantic), causing the company to go under in 2013. Auto part giant Wanxaing bought the assets of the company and just recently re-started initial production of the car in California in May.

Karma has also released a list of dealers for the car when it goes on sale later this year. While separately releasing the news that a sister plant for the Karma will be build by Wanxiang in China; the company states that the $375 million dollar facility will be capable of building 50,000 cars of year - and that of those, some 39,000 will be of the Atlantic variety.