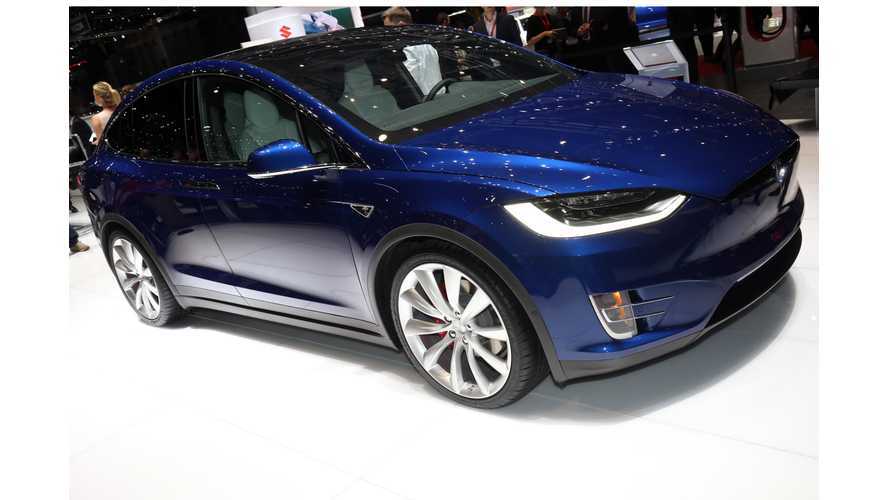 Bloomberg recently tested the Tesla Model X P90D in California, taking the all-electric SUV on a journey from Los Angeles to Santa Barbara.

During the review, there are not many negatives pointed out about the Tesla, as the Model X truly does set a lot of new benchmarks in the utility segment.

The performance, handling and quiet drive experience are all reportedly big improvements over what else is available in the market.

As for the downside, according to the review, perhaps the brakes could be slightly improved - "they can feel too light and late if hard-pressed".

The Falcon Wing side doors are a "friends-maker" feature, but really aren't that quick to access as a regular doors (and thus not as useful in most situations).

Bloomberg finds that the 17-inch touch screen works well, as does the internal mapping and navigation systems (planned routes are sometimes longer than could be, but at the same time, the software ensures that there are charging points available on most routes just in case).

With 250 miles of EPA range, the Tesla Model X P90D is one of the few long-range EVs on the market today - and the only long range electric utility vehicle, but in some cases of daily intense use, Bloomberg finds it could still come up short:

"If you charge a Model X at home over night, every night, battery life probably won’t ever be an issue for you—you get 255 miles on a single charge, with a full-charge taking around two hours. Tesla says the efficiency is equivalent to 90 mpg. But if you plan to use the car for hours on hours every day, you’re going to need to readjust your expectations for defining personal mobility.

It was not fun to start a 340-mile road trip to L.A. early one morning to make a 10 a.m. business meeting. I estimated that I’d have to charge the car once. I had to charge it twice. I was more than a little late by the time I arrived."

The review ends with question about whether or not potential buyers are ready for “the electric lifestyle.”

"If a “normal” luxury car purchase is a statement of personal philosophy, progressiveness, status, and values, the purchase of a Model X makes twice as strong a statement."