Car And Driver Tests The BMW 330e, Is It Worth The Extra Money? 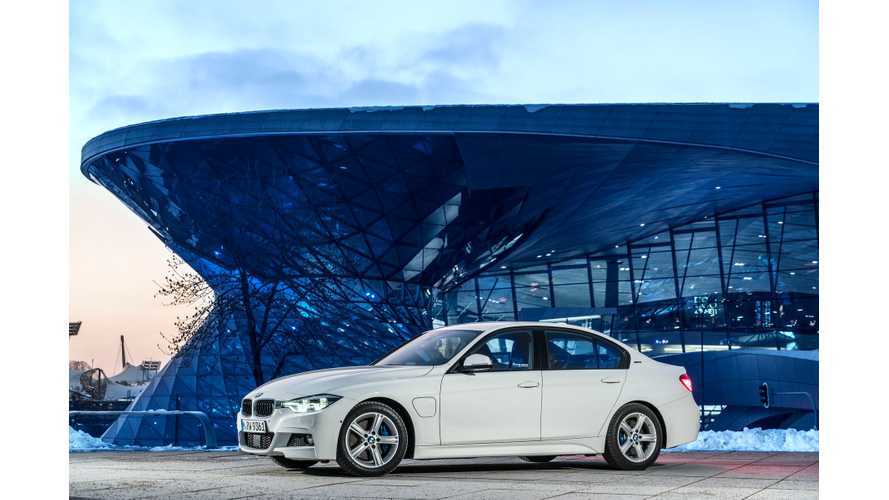 Car and Driver recently tested the BMW 330e, calling it a sports sedan for the modern age.

According to the review, the 330e aspires to be environmentally friendly, but unlike the Toyota Prius, it doesn't sacrifice performance.

The 330e offers quick acceleration, 0-60 mph arrive in just 5.8 seconds, and the BMW does the quarter-mile in just 14.3 seconds, besting the regular 2.0-liter model.

As for that 2.0 four-cylinder petrol engine and e-drivetrain found in the 330e, it kicks-in smoothly, but adds about 644 pounds (292 kg), extending the braking distance a little bit longer over the petrol version.

"The 330e’s 171-foot stop from 70 mph was longer than the 320i’s braking distance by eight feet. Roadholding on our skidpad was even closer: 0.86 g for the 330e, versus 0.87 for the lighter 320i. Both BMWs were equipped with the same Bridgestone Potenza run-flat tires.

A blast down our favorite back road revealed the 3-series verve we’ve grown accustomed to: not much steering feedback but excellent overall poise, suspension control over bumps and body motion, and a lust for the 7000-rpm redline. During deceleration, there’s no annoying change in pedal feel as regeneration is supplemented by friction braking. Noise measurements were a near match except for the hybrid’s 30-decibel murmur at idle versus the combustion car’s 43 decibels. Silence, don’t you know, is golden."

"Gas mileage is the clincher. Tallying dollars of fuel and ignoring pennies of electricity, we averaged 30 mpg, within spitting distance of the EPA’s 31-mpg gas-only combined rating. Factoring in the electricity we drew from a 120-volt plug, the net efficiency still averaged 29 MPGe. That’s 8 mpg better than the mileage we observed with the 320i. Diligent reliance on the electric mode by a driver who rarely ventured beyond urban settings holds the promise of even better efficiency, but without the driving rewards that come with 3-series ownership.

Given the $10,550 base-price difference between a 320i automatic and the 330e plug-in hybrid, decades could pass before an 8-mpg advantage saves enough cents to make economic sense. That said, why not take the high road to environmental responsibility in a car that’s enjoyable to drive?"

We should note something that Car & Driver did not.  Specifically that the 330e qualifies for a$4,001 credit (yes, you get that extra buck) as part of America's federal incentive program, which makes the actual gap $6,549 - still pretty wide, but more manageable.

Inside a lease, the effect of the $4,001 acting as a "cap reduction" makes the federal incentive worth about $6,000 off of the payment math, as compared to the base petrol version - basically, the 330e will set you back about $95/month more (on a 48 month lease) in the end.