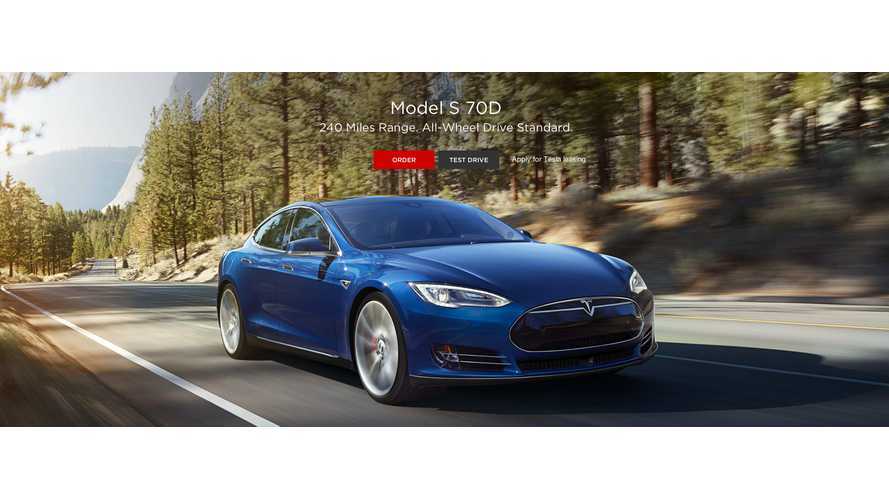 Base Tesla Model S 70D with double-motor AWD was highly appreciated in the latest Autocar review.

Turns out Tesla fits the Darwinism model fairly well, as every new version become better than the previous one - both in terms of hardware on the production line and software due to over the air updates.

Hardware changes like AWD in the still relatively new 70D, slightly larger battery (70 versus 60 kWh in the base model) also makes for a much-improved car.

"So what about the rest of the car? Well, it just gets better and better. The ride is much improved over the early cars we tried. It’s firm in a sporty way, but feels beautifully engineered to keep a decent level of compliance with no crashy moments to ruffle your feathers.

For a big saloon that’s capable of transporting five people in comfort – or seven if you get a third row of seats fitted – it handles and steers beautifully. Yes, you can feel there’s considerable mass around you as you carve between apexes, but the body stays superbly controlled with next to no roll. The steering is quick and accurate with lovely weighting, even if it doesn’t exude oodles of feel.

The airy cabin is also a great place in which to spend some time, and not just because of the endless fun you can have playing with that big iPad-style screen. The current generation car's front seats fit like a tailored glove and mark a huge improvement over the narrow and unsupportive perches fitted to the early cars. And you can't argue with the space on offer either, whether in the front, back, or in either the two generously proportioned boots.

It feels much better built these days, too. The materials look smarter than ever, and even if it’s not quite an equivalent to today’s Audis for perceived quality, it’s certainly heading in the right direction."