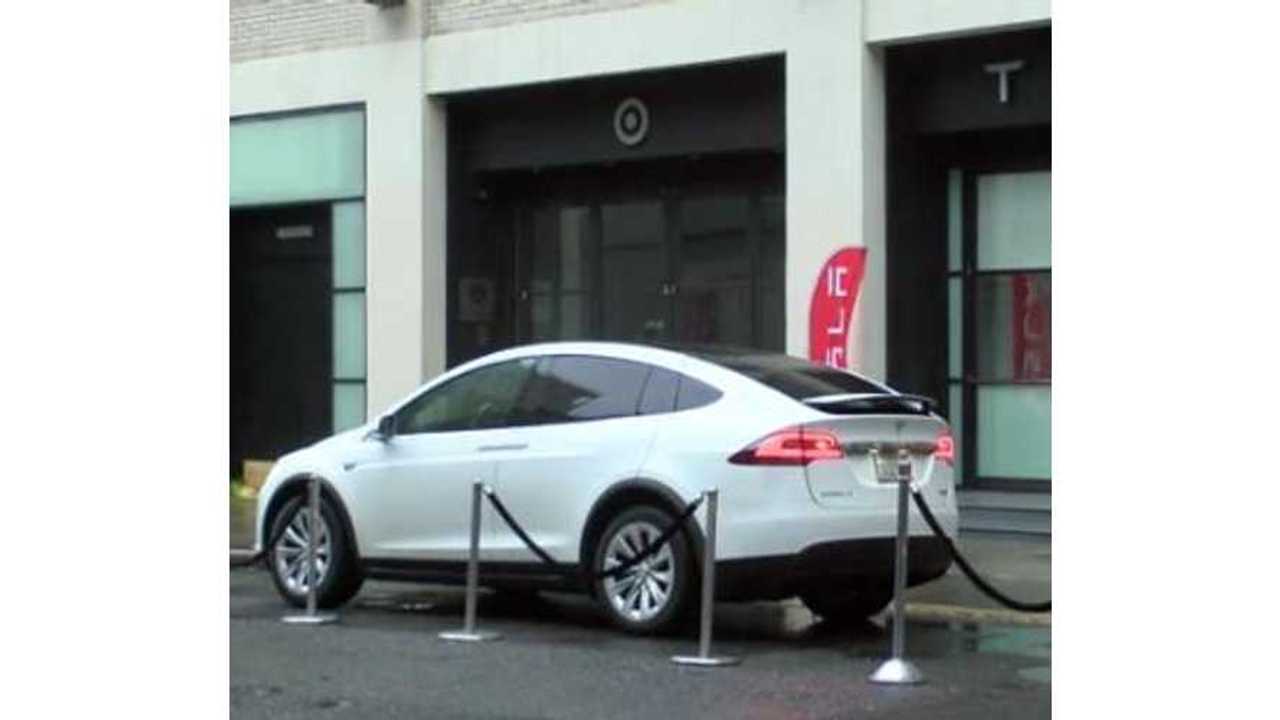 This review comes via The Street who writes:

"The SUV is everything Tesla has claimed and then some. I spent about a half hour with the 6,000-pound SUV and while that wasn't enough to do a full review, I can tell you, drivers are going to love it."

"Not only does it handle like a dream, with suspension that automatically shifts depending on whether there are pot holes on the road, but it's just so smooth, a very similar driving experience to the Model S, except you're sitting up much higher."

"From the Easter egg in the software to the Falcon Wing doors to the tires that are so high you'd think they were holding Mount Olympus up, the Model X really is an achievement in both aesthetics and engineering. Perhaps the most impressive part of the SUV, which starts at $80,000, is the panoramic sheet of glass in front."

The Street even praises the Falcon Wing doors for ease of access:

"Unlike any other SUV or mini-van out there, getting access to the third row is a breeze."

The reviewer concludes that the Model X is everything Tesla and Musk said it would be and oh so much more.